As proof, the influential GOPer cites an academic who believes poverty is best explained by IQ and race 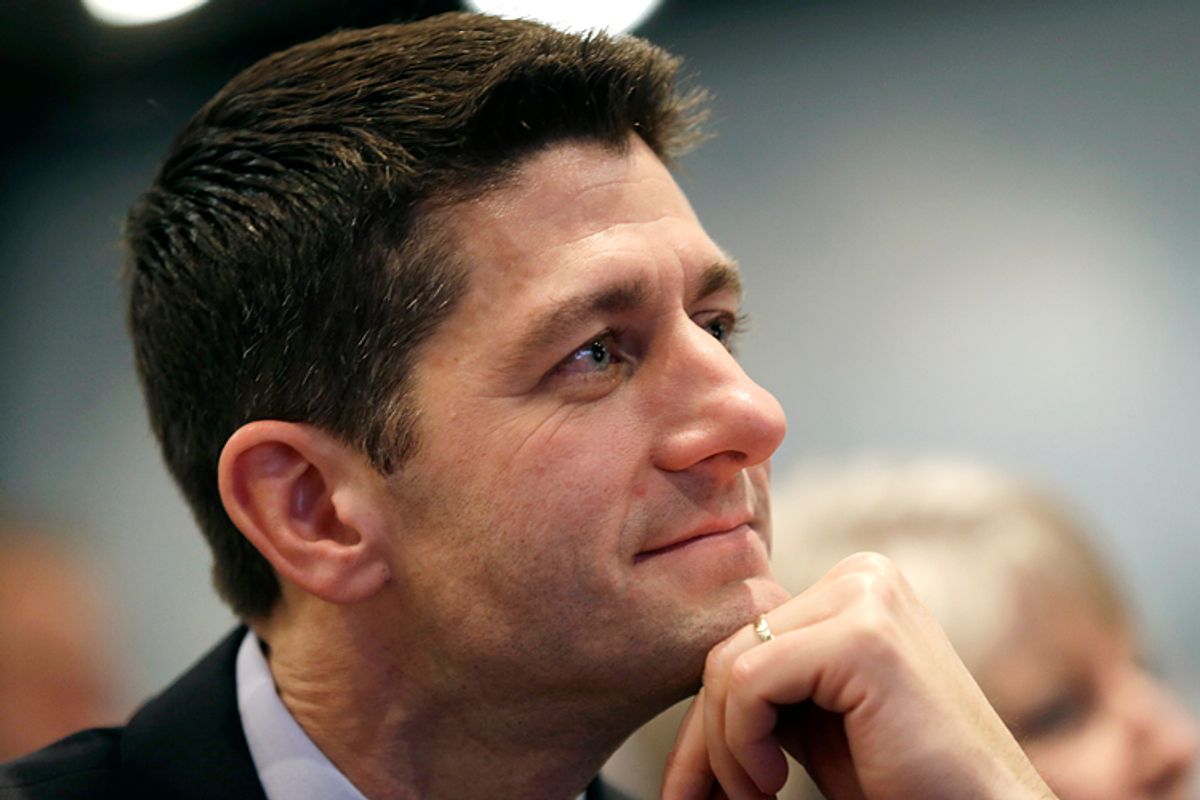 Citing Charles Murray, the libertarian academic and pundit who has previously argued that poverty is largely a consequence of low IQ and race, Rep. Paul Ryan told right-wing radio host Bill Bennett on Wednesday morning that poverty in America is largely a product of a "tailspin of culture, in our inner cities in particular, of men not working and just generations of men not even thinking about working or learning the value and the culture of work."

"So there's a real culture problem here," Ryan continued, "that has to be dealt with."

Ryan appeared on the influential Bennett's show in part to promote his recent "survey" of the government's many anti-poverty initiatives, nearly all of which Ryan believes do more to perpetuate poverty than reduce or eliminate it, a conclusion that's been strongly criticized by others, including some of the academics Ryan references in the study itself.

Despite his belief in cutting most programs designed to combat poverty, though, Ryan made clear to Bennett that he doesn't support letting the poor simply fend for themselves. On the contrary, he urges Bennett's audience to "get involved" and show that "civil society" rather than "government" is the way to help the underprivileged.

"If you're driving from the suburb to the sports arena downtown, by these blighted neighborhoods, you can't just say, 'I'm paying my taxes; government's going to fix that,'" Ryan said. "You need to get involved. You need to get involved, yourself, whether through a good mentor program or some religious charity — whatever it is to make a difference, and that's how we resuscitate our culture."

While Ryan may be satisfied with an anti-poverty program that consists mainly of cutting government services (to finance tax cuts for the wealthy) and hoping that suburban sports fans will find the time and inclination to "get involved" by doing "whatever," one of his fellow members of Congress was considerably less enthusiastic about the Wisconsin representative's vision for a poverty-free future.

In a statement released after news of his interview with Bennett first broke, Democratic Rep. Barbara Lee called Ryan's comments "a thinly veiled racial attack [that] cannot be tolerated."

"Let’s be clear," Lee's statement continues, "when Mr. Ryan says 'inner city,' when he says, 'culture,' these are simply code words for what he really means: 'black.'" Lee went on to describe Ryan's remarks as "not only statistically inaccurate, but deeply offensive."

You can hear Ryan weigh in on the "tailspin of culture" that's so devastated "our inner cities" below, via ThinkProgress: