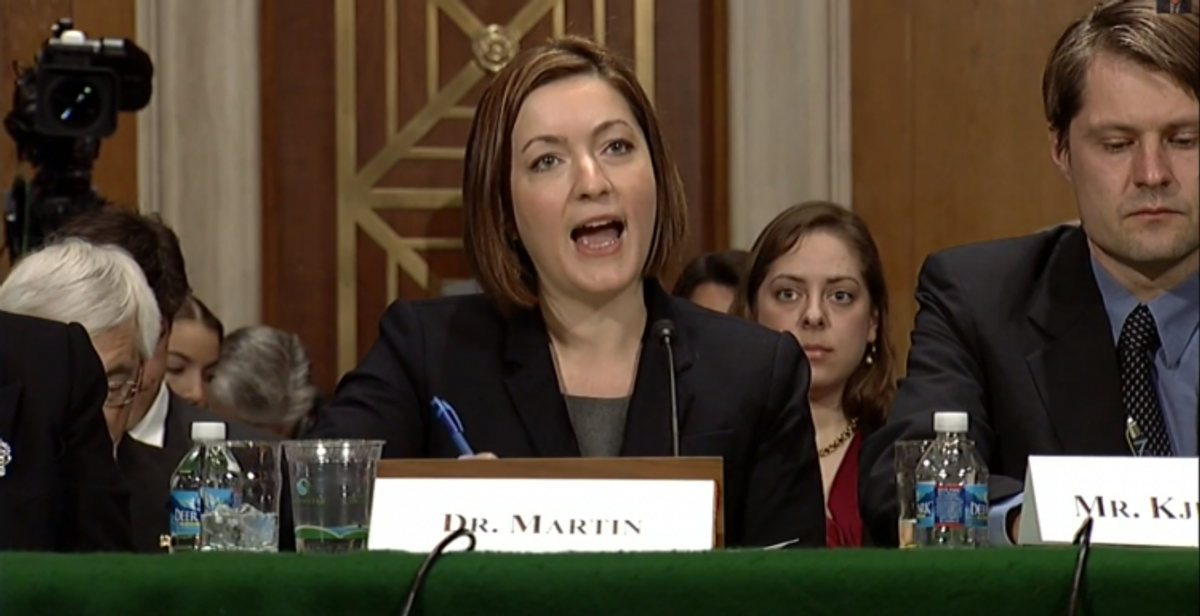 Speaking before a Senate subcommittee on Tuesday, Dr. Danielle Martin, vice president at the Women's College Hospital in Toronto, masterfully showed how to smack down a disingenuous politician's misleading and misinformed questions with courtesy, intelligence and, well, facts.

In this instance, the role of disingenuous and ill-informed politician was played by North Carolina's GOP Sen. Richard Burr, who decided to use his question time to imply that the Canadian healthcare system was bad because it led to Canadian doctors moving to America and rich people going to the U.S. to get complicated and expensive surgery. These were both good points — except for the fact that they were, as Martin made clear, completely wrong.

"Thank you for your question, Senator," Martin responded. "If I didn't express myself in a way that made myself understood, I apologize. There are no doctors exiting the public system in Canada; and in fact we see a net influx of physicians from the United States into the Canadian system over the last number of years."

Martin then tried to reiterate her earlier point (which Burr had gotten about 100 percent wrong) by noting that "the solution to the wait-time challenge that we have in Canada ... does not lie in moving away from our single-payer system to a multi-payer system." She cited the Australian example, where the move from a single-payer to a multi-payer model actually led to wait times increasing.

Burr had no response to Martin's corrections, however, and swiftly moved on to his next question. This, too, was premised on a well-worn anti-Obamacare GOP talking point, which also happened to be pretty wrong.

"What do you say to an elected official who goes to Florida and not the Canadian system to have a heart valve replaced?" Burr asked.

"It’s actually interesting," Martin responded, "because, in fact, the people who are the pioneers of that particular surgery ... and have the best health outcomes in the world for that surgery, are in Toronto, at the Peter Munk Cardiac Center, just down the street from where I work.

"So what I say is that sometimes people have a perception — and I believe that actually this is fueled in part by media discourse — that going to where you pay more for something, that that necessarily makes it better, but it’s not actually borne out by the evidence on outcomes from that cardiac surgery or any other," she added.

Burr didn't agree and went on to claim, referencing no evidence, that the reason Americans prefer their system is "because they judge quality and they judge innovation."

For what it's worth, a 2013 study of how people in 11 countries felt about their healthcare system found about six in 10 U.K. citizens saying the NHS (which is similar to Canada's Medicare) "works pretty well, and only minor changes are necessary to make it work better." The number of Americans willing to say the same? About 29 percent.