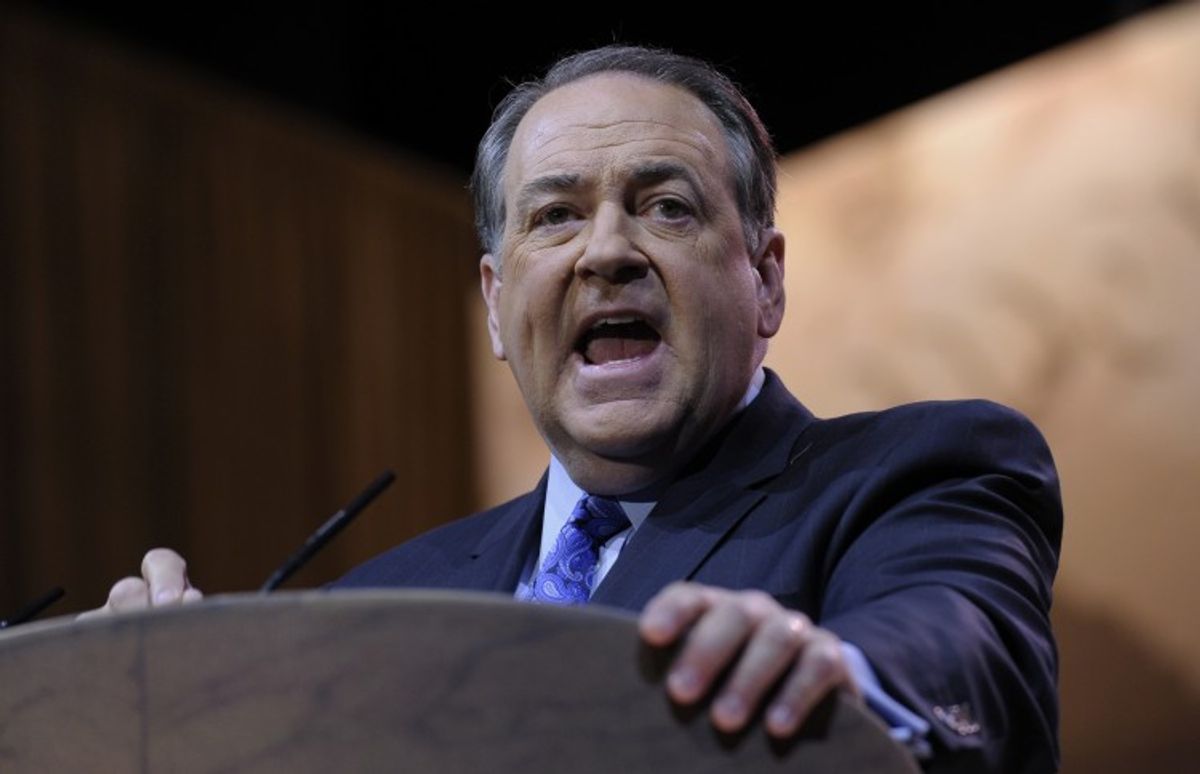 Speaking at an event held by the anti-choice Susan B. Anthony List on Wednesday night, former Arkansas governor and GOP presidential candidate Mike Huckabee half-jokingly claimed that legalized abortion would inevitably lead to the systematic killing of elderly citizens.

“If we teach the generation coming after us that it’s OK to terminate a human life because it represents a financial hardship or social disruption, what are we telling them?” Huckabee said. “We’ve already given them the full capability to take us out. Now, I’m not going to make it that easy for my children to get rid of me.”

In addition to putting forward an anti-choice version of the right's infamous death panel Obamacare smear, Huckabee also rallied the Susan B. Anthony List faithful by insisting, without evidence, that the way for the GOP to win elections going forward is to be as stridently, unapologetically (and yet amicably!) anti-choice as possible. As Salon's Katie McDonough reported, Huckabee called anti-choice politics "how we win elections and it’s how we save this republic.”