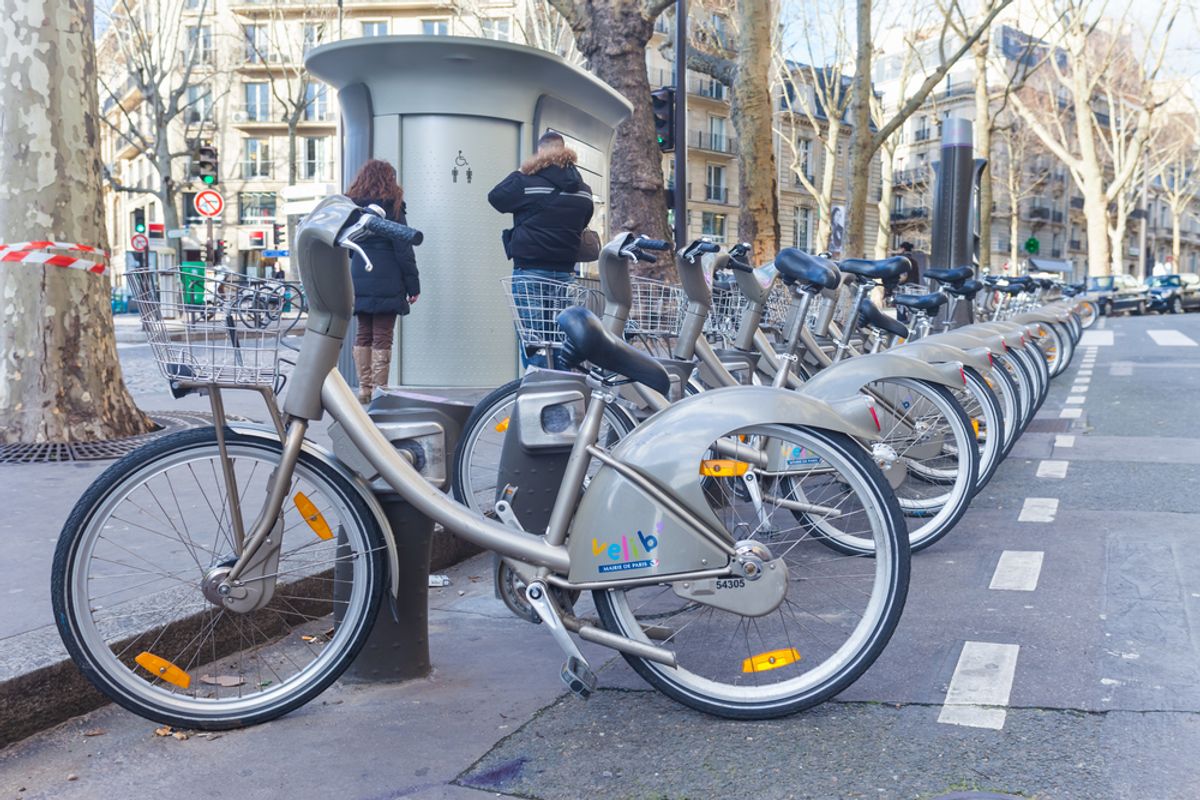 The bad news: Air pollution in northern France has been at a dangerous high for three days running now, with nearly a third of the country's 22 regions on maximum alert. Concentrations of PM2.5 Thursday in Paris reached 100mg/m3 -- four times the level deemed safe by the World Health Organization.

The good news: Public transportation is free for the rest of the weekend! Due to "significant risks to the health of residents," transport authorities said Thursday, they're opening access to all non-automobile methods of getting around the city, including both its bike-share system and, for an hour each day, its electric car-share system.

Warm days, cold nights and a lack of wind have contributed to the heavy pollution, RFI reports, which is expected to last through Friday. Since the alert first began, police have been cracking down on drivers, issuing over 16,500 tickets to those who didn't follow newly lowered speed limits, along with pulling unnecessary municipal vehicles off the roads

The free public transportation is an additional bid to keep city dwellers off the roads. In a best-case scenario, they'll like it enough to keep going even after the fares are restored.