Mayor de Blasio to appear on "The Good Wife" this Sunday

Guesting on "The Tonight Show," Julianna Margulies tells Fallon that de Blasio will appear on "The Good Wife" 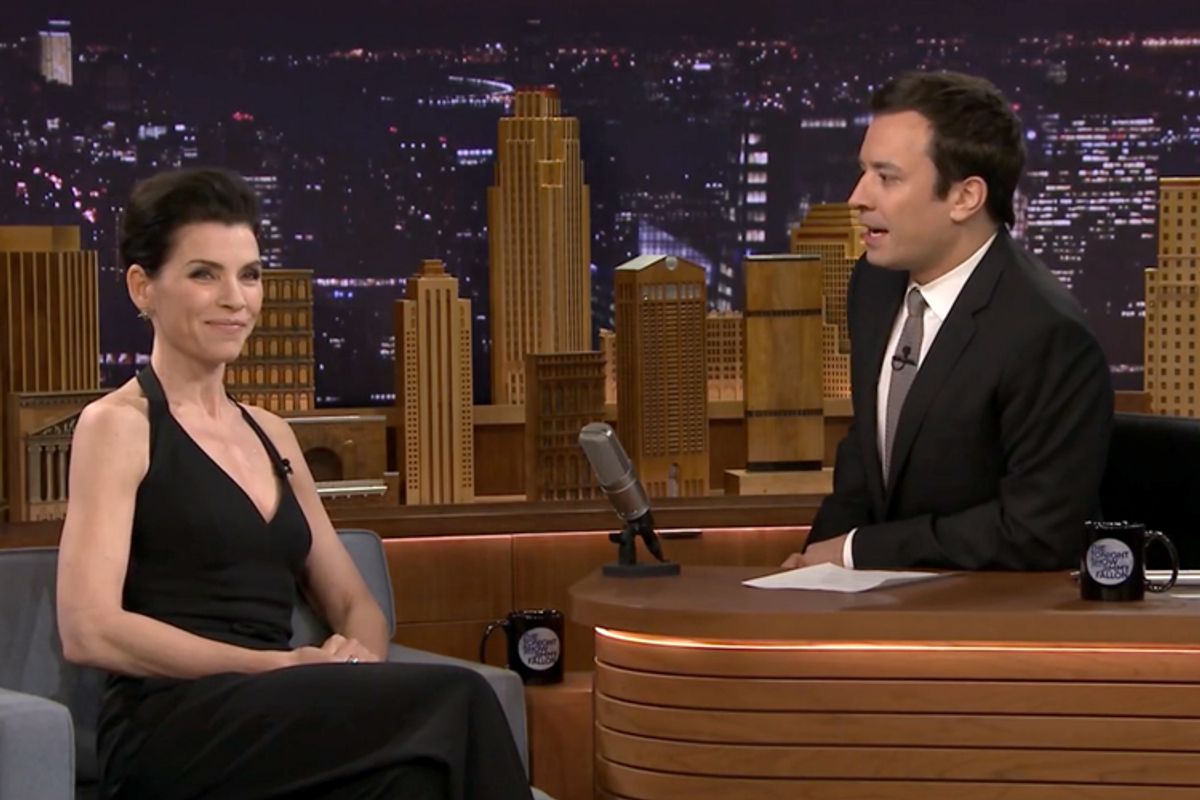 Julianna Margulies on "The Tonight Show with Jimmy Fallon" (NBC)
--

Last week, CBS’s “The Good Wife” returned from a long and disheartening hiatus. Last night, Julianna Margulies appeared on “The Tonight Show,” presumably to raise awareness of the hit show’s return. CBS recently announced that, despite “The Good Wife’s” susceptibility to preemption by awards shows, sporting events and whatever else the network chooses to start the week with, the program has been renewed for a sixth season.

In addition to leaving both Fallon and fellow guest Patton Oswalt practically stammering in her wake, the impeccably styled Margulies also dropped a tidbit about this Sunday night’s episode: Apparently, “A Few Words” will feature a cameo from New York Mayor Bill de Blasio when Margulies’ character Alicia Florrick is asked to speak at an American Bar Association conference in the city. (Oddly, “The Good Wife” is set in Chicago, but films primarily in New York.)

De Blasio is unlikely to face the same volume of slings and arrows that President Obama has weathered as a result of his appearance on an Internet sketch. But seeing as how the mayor is currently embattled on at least one major front, let’s hope his dalliance in a bit of entertainment levity does not cause him to appear weak to his opponents. Then again, considering that “The Good Wife” paints most politicians as conniving if not utterly corrupt, de Blasio should be more worried that he not come off as too much of a badass.