"Sharing economy" shams: Deception at the core of the Internet's hottest businesses 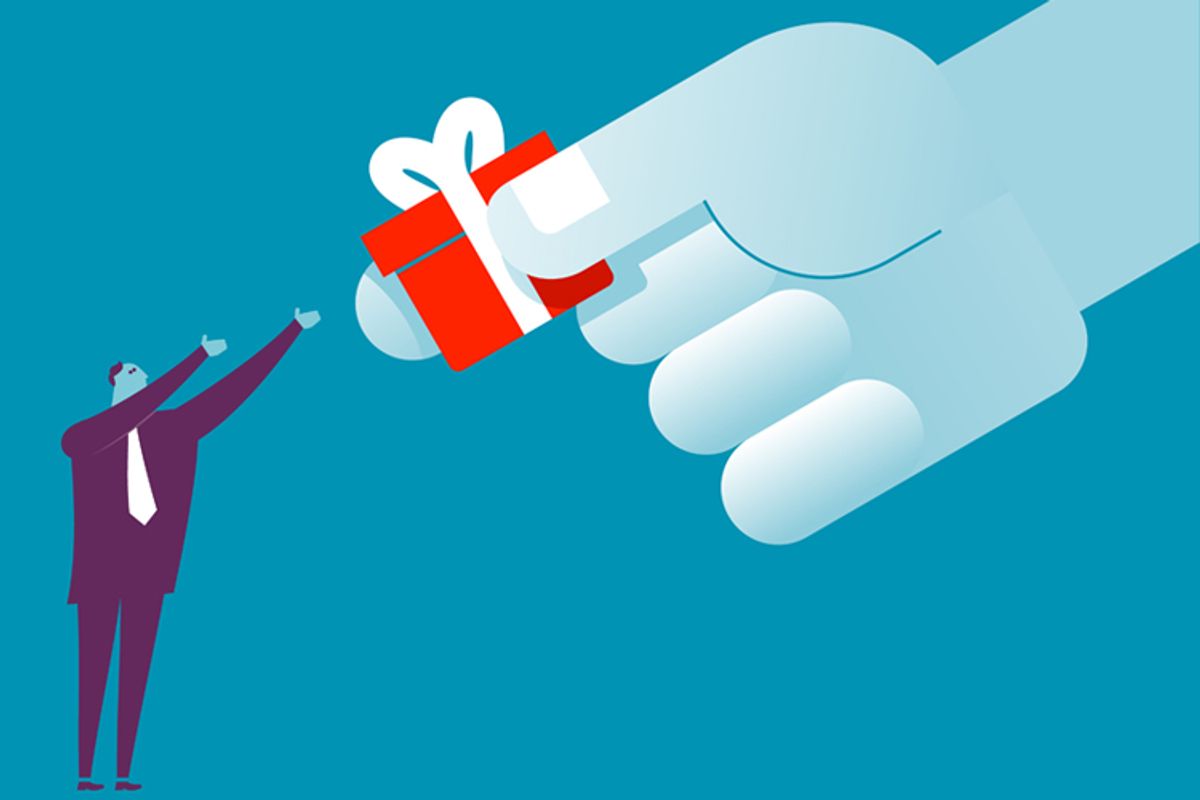 "Sharing is the new buying."

The study's findings make for interesting and useful reading for anyone tracking the rise of what is called "collaborative consumption" -- the proliferation of services that allow us to rent out our spare rooms and cars and junk gathering dust in the garage. But as I perused the contents, I found myself repeatedly coming back to a question I'd been obsessing over for months.

What, I wondered, would a Kwakiutl chieftain make of the sharing economy? (Bear with me for a moment.)

It is one of the delightful oddities of Internet anthropology: Dig deep enough into the early days of online communication and you are sure to stumble upon references to the practices of the Kwakiutl, indigenous inhabitants of North America who once reigned over a significant swath of what is now British Columbia. The Kwakiutl were famous for their "gift economy" rituals, festive gatherings in which gifts were exchanged to mark relative social status and create ties of reciprocity.

It was once fashionable for both libertarian programmers and left-wing social critics to characterize the early growth of the Internet as following "gift economy" practices that broke the traditional rules of market capitalism. In the Internet's gift economy, programmers built tools and wrote code that they contributed freely to the benefit of the common good. They didn't labor for anything as crass as money. Because they wanted to "scratch their own itch," or aspired to higher status among their own peers, or for reasons of simple pragmatism, voluntary coordination seemed like a more effective way to solve common problems. The Internet was one giant potluck (a word derived from the Kwakitul "potlatch") -- we brought what we had to give, and got to taste everyone else's offerings. The theorist Richard Barbrook dubbed it "cybernetic communism."

The new sharing economy overlaps with its predecessor, the gift economy, in many obvious ways: Before the emergence of globe-spanning digital networks, it was impossible for far-flung programmers to efficiently collaborate on huge projects like the Linux operating system. The infrastructure of the Internet enabled programmers to share, copy and modify code with ease. In other words, it was suddenly much easier to give away the product of your programming labor and coordinate that labor with others. Similarly, there's no Lyft without networks and smartphones -- and no way to find out where the nearest Lyft driver is to the would-be Lyft rider. The fact that the Internet and mobile devices have enabled much more efficient resource allocation is not hype. It's a fundamental building block of our new world.

But there's also an overlap of rhetoric. The early advocates of the Internet gift economy saw it as a better way to be. This amazing information-sharing network, built from code that anyone could modify or copy, would benefit all of society! The sharing economy is proselytized with similar language. Sharing apps, we are told, builds trust between consumers and service providers. Sharing our stuff also conserves resources (e.g., ride sharing is good for the planet). Stare long enough at the marketing materials for Yerdle -- "a marketplace where everything is free" -- and "cybernetic communism" seems alive and well.

But there's one crucial area where the linkages between the gift economy and the sharing economy break down. Reciprocity. The anthropologists who studied the Kwakiutl and other cultures with similar gift economy practices argued that the act of gift giving was meant to be reciprocated. Gift giving created obligations to respond in kind. These mutual obligations were the ties that bound society together.

The sharing economy doesn't work quite the same way. The most high-profile sharing economy apps are designed to generate significant profits for a relatively small number of people. It is an open question whether the concentration of wealth that will result will bind our society closer together or continue to exacerbate the growing income inequality that is ripping us apart. This is the defining contradiction of the new economy: apps that enable us to pinch pennies and survive in an era of intense competition -- to make do with less -- will make them rich. That's not the Internet "gift economy" as originally conceived, a utopia in which we all benefit from our voluntary contributions. It's something quite different -- the relentless co-optation of the gift economy by market capitalism. The sharing economy, as practiced by Silicon Valley, is a betrayal of the gift economy. The potlatch has been paved over, and replaced with a digital shopping mall.

In her introduction to Marcel Mauss' "The Gift: The Form and Reason for Exchange in Archaic Societies," the British anthropologist Mary Douglas wrote that "a gift that does nothing to enhance solidarity is a contradiction." Mauss himself writes that potlatch implies "a succession of rights and duties to consume and reciprocate, corresponding to rights and duties to offer and accept." When we give each other gifts we are not being altruists; we are strengthening our mutual connections. This is how a group of individuals becomes a society.

I won't deny that you can hear faint echoes of this sense of solidarity in the sharing economy. When I fist-bump with a Lyft driver I feel more of a sense of connection with her than I do with my typical Yellow Cab driver. If your Airbnb experience has you ending up in a spare bedroom of a house that is occupied by its owner at the same time you are there, then you may very well strike up a bond more meaningful than those that you share with the concierge at the nearest Hilton.

But I can't shake the suspicion that this nascent, fragile solidarity is nothing more than marketing for some of the most agile capitalists on the planet. Consider Lyft. Last week, Lyft announced it was halfway through a new round of financing that aims to add another $150 million of capital on top of the $83 million the company has already raised. The new infusion will value Lyft at around $700 million. If all goes as planned, Lyft will one day enjoy a spectacular public offering or be purchased by another company for billions of dollars -- and the investors will happily haul in some significant multiple of their initial payout. It will be a great day for Lyft shareholders.

But what does that mean for solidarity? What will the Lyft shareholders do with their profits? Outside of a few philanthropists, it's not at all clear they will "give" their bounty back to the larger community or otherwise "share" it. Quite the contrary! As best we can tell, the politics of the venture capital elite boil down to fending off higher taxes, keeping labor costs low and reducing the "burden" of government regulation.

The concentration of great wealth in the hands of a small group that then employs that wealth to protect its own privileges and fortify its own status is the polar opposite of reciprocity. Growing income inequality weakens social ties. Our "sharing" is their windfall. That's not how the gift economy is supposed to work.

Nowhere is this contradiction more self-serving than in the sharing economy's stance on regulation. As articulated recently in "Trusting the 'Sharing Economy' to Regulate Itself," a New York Times Op-Ed written by Arun Sundararajan, a business school professor at New York University, we are somehow supposed to believe that the forces of capital mobilizing behind the sharing economy are qualitatively different from any other potentially misbehaving market.

The profit-seeking interests of these private marketplaces aren’t that different from those of a textbook regulator: encouraging productive trade, keeping market participants safe and preventing “market failure.”

This is an extraordinary claim. The profit-seeking interests of private marketplaces are usually considered to be, by definition, at odds with the interests of regulators. The intersection of public safety and profit-seeking is exactly the point at which true friction enters the system. It's exactly the point at which the general public can't trust the private sector. It's hard to understand why Sundrarajan thinks that sharing-economy companies are different from any other consumer-facing company. Don't they all want to keep participants safe and prevent market failure?

In "Sharing Is the New Buying," Jeremiah Owyang declares that "brands that want to succeed in the sharing economy must tell stories around value and trust." That strikes me as an odd formulation. Brands that want to succeed need to deliver value. And as for trust? In the earliest gift economy sense, trust was built from reciprocity and mutual obligation. Silicon Valley is going to have to work a lot harder to make that happen. It could start by putting a stop to pretending that the sharing economy is about anything other than making a killing.