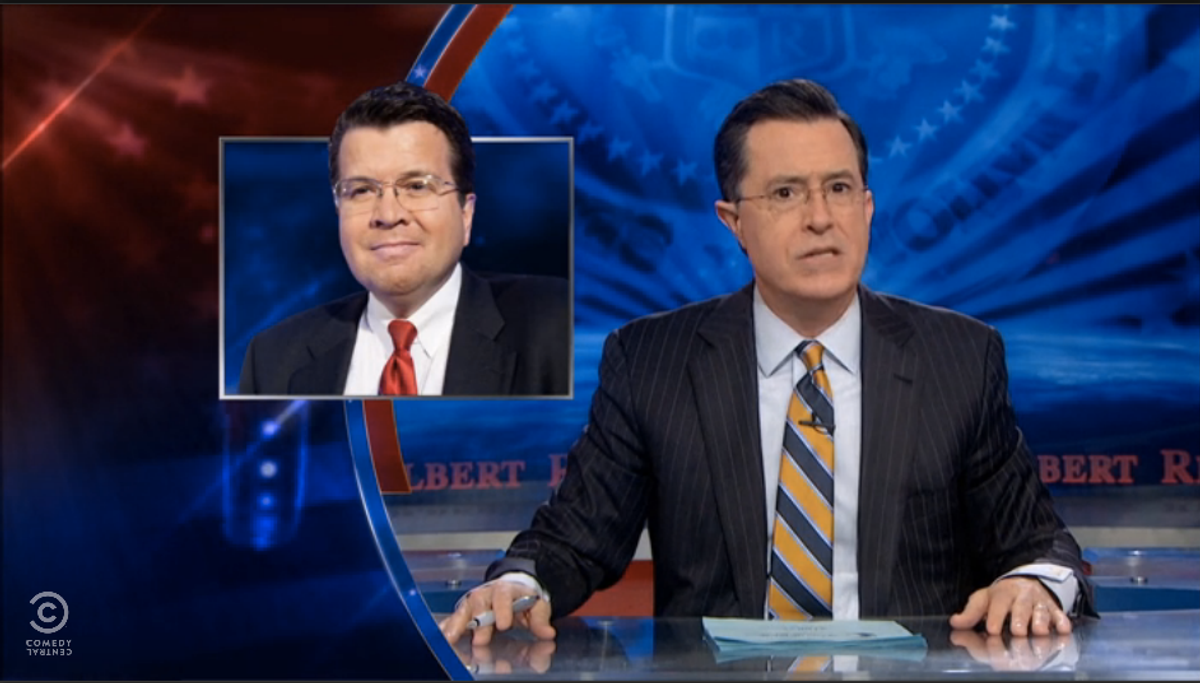 President Obama on Thursday ordered the Labor Department to update federal rules to extend overtime pay to millions of people who work more than 40 hours a week. “Overtime is a pretty simple idea,” according to Obama. “If you have to work more, you should get paid more.”

Getting paid for the work you do may sound like a fine enough idea, but Fox Business News' Neil Cavuto knows the real truth -- that paying people adequately for their labor is "overkill" and "risks rewarding [people] who don't deserve those bucks." (Related: Neil Cavuto, who probably believes he deserves the "bucks" that Fox News pays him, is worth an estimated $23 million.)

Stephen Colbert couldn't agree more, which is why he celebrated Cavuto and the crack team at Fox News for their willingness to speak hard truths about who deserves to be paid for their labor.