Why South Koreans are killing themselves in droves

Suicide represents the nation's fourth-leading cause of death. Cultural mores offer an explanation why 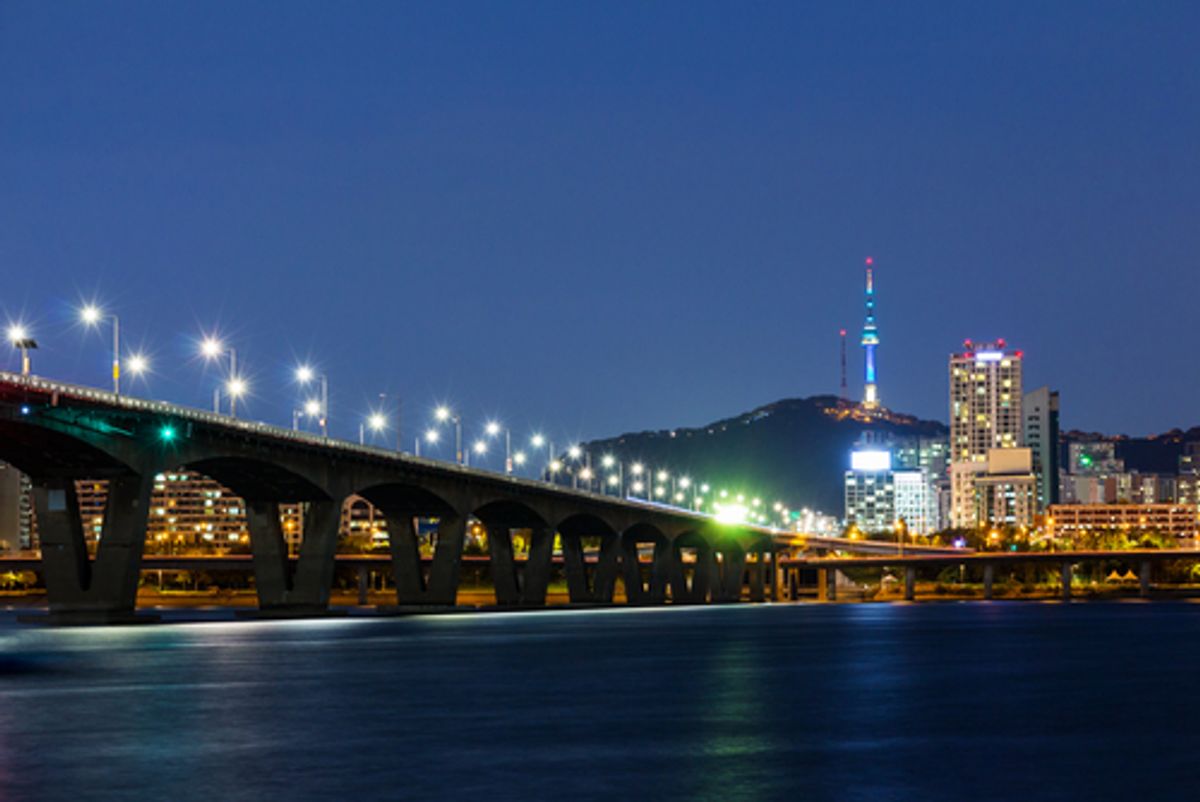 SEOUL, South Korea — The headlines are regular and morbid: a shamed celebrity or politician takes her own life, a student leaps off a bridge after being rejected from a first-class university, and an ailing grandfather commits suicide to relieve the financial burden on the family.

South Koreans are under enormous pressure to succeed at work, school and in relationships, and to care for their families, fueling an abysmal suicide rate that is the highest in the OECD group of developed countries. About 40 Koreans commit suicide every day, making it the nation’s fourth-highest cause of death in 2012.

The relentlessness of these tragedies may be numbing, but the nation was shocked last week when a 29-year-old reality show contestant, in a bathroom at the guesthouse where filming was taking place, hanged herself by a hairdryer cord.

The woman, identified only by her family name Chun (a common privacy practice here, even for some people on television) left a suicide note proclaiming her life was “full of drama” and that she no longer wanted to live. The tragedy unleashed an onslaught of criticism against the dating show, The Mate.

Critics proclaimed the show put its participants under emotional duress, forcing them through rigorous physical challenges to find a boyfriend or girlfriend. When contestants were rejected by the date of their choice, they were forced to eat outside, unable to mingle with the hip, young crowd of romantics.

Chun worried that the directors were planning to portray her on television as a tragic and forlorn outcast, according to her friends later interviewed by Korean media.

The television network, SBS, has since apologized and abruptly cancelled the show, but it has not accepted responsibility for the incident.

It may sound awful, but this is merely the latest of two high-profile suicides in recent weeks. On Feb. 26, a struggling 60-year-old widow, apparently in agreement with her two daughters, sealed the windows of her home and burned a charcoal briquette in their house, killing the entire family to permanently end their poverty.

Police found an envelope with about $650 in cash, along with a note for the landlord: “To landlord, We are so sorry. This is the last monthly rent and utility payment to you.”

Korea, Japan, and the Chinese countryside are known for their high suicide rates. Young people in particular can feel helpless against what society demands of them, failing to live up to the expectations that they land the perfect job or meet a mate. Older people can end their lives for more altruistic reasons, attempting to relieve the burden of their presence on a family of struggling care-takers.

But in South Korea, it wasn’t until the past two decades — when the country joined the ranks of developed nations — that suicide more than tripled. (The rate has tapered off slightly in the past two years.)

South Korea has developed at lightning speed. The resulting economic and social shifts have fostered a confusing and high-pressure “cultural ambivalence” among its citizens, in extreme cases leading to suicide, said Ben BC Park, a sociologist at Pennsylvania State University at Brandywine.

In other words, it’s a matter of old versus new. Younger South Koreans in particular are caught between a modern, individualistic economy that demands intense competition in school and the workplace, and the olden Confucian expectations of reciprocity and caring for the family, he said.

“People are receiving conflicting messages,” he said. “The family traditionally served the role of promoting the sense of identity and effective welfare. But policymakers still haven’t designed enough policy interventions for individuals, preferring to pass the burden to the nuclear family.”

Impoverished and suffering Koreans can “fall through the cracks” of the welfare system and take their own lives, he said. Others commit suicide when they’ve failed crucial university entrance exams or get laid off, while far fewer kill themselves in public as a form of political protest, he added.

South Korea’s President Park Geun-hye has pledged an expansion of the welfare state, attempting to sew up a widening wealth gap.

In the OECD, South Korea ranks among the highest for divorce, alcohol consumption, and household debt.

And while the country has a sophisticated national health insurance program, it falls behind in other areas, relying on a low minimum wage of $4.57 per hour, keeping its exports competitive often at the expense of its poorest citizens. Just over a year into office, critics accuse the president of backing away from the bulk of her welfare promises.

Other government bodies, though, have stepped up in recent years, embracing unconventional schemes meant to make their citizens happier. The Seoul municipal government, for one, launched a campaign in 2012 to rebrand the city’s eerie Mapo Bridge, known to residents as the “Bridge of Death,” where dozens of people leap into the Han River each year.

The Samsung-sponsored project, ironically called the “Bridge of Life,” installed motion-sensor lights for night-time pedestrians, shining over messages scrawled into the bridge rails. “Let’s walk together,” and “I love you,” the inscriptions read. City authorities have since expanded the campaign to another bridge.

The Bridge of Life project has attracted controversy, with the number of recorded suicide attempts quadrupling since it began. Experts say the redesign had the unintended consequence of strengthening the edifice’s association with death.

Lauren Suk, a spokeswoman for the Seoul city government, disputed the criticism, pointing out that the number of actual, successful suicides was nearly halved to 8 last year, from 15 in 2012.

She added that the rise in the number of attempted suicides owes to a change in the counting process, and has nothing to do with the Bridge of Life renovations.

In the past, authorities relied mainly on witness reports for their tally, but now they can keep watch through cameras and through cooperation with a suicide hotline called LifeLine Korea, the city government said in a written statement.