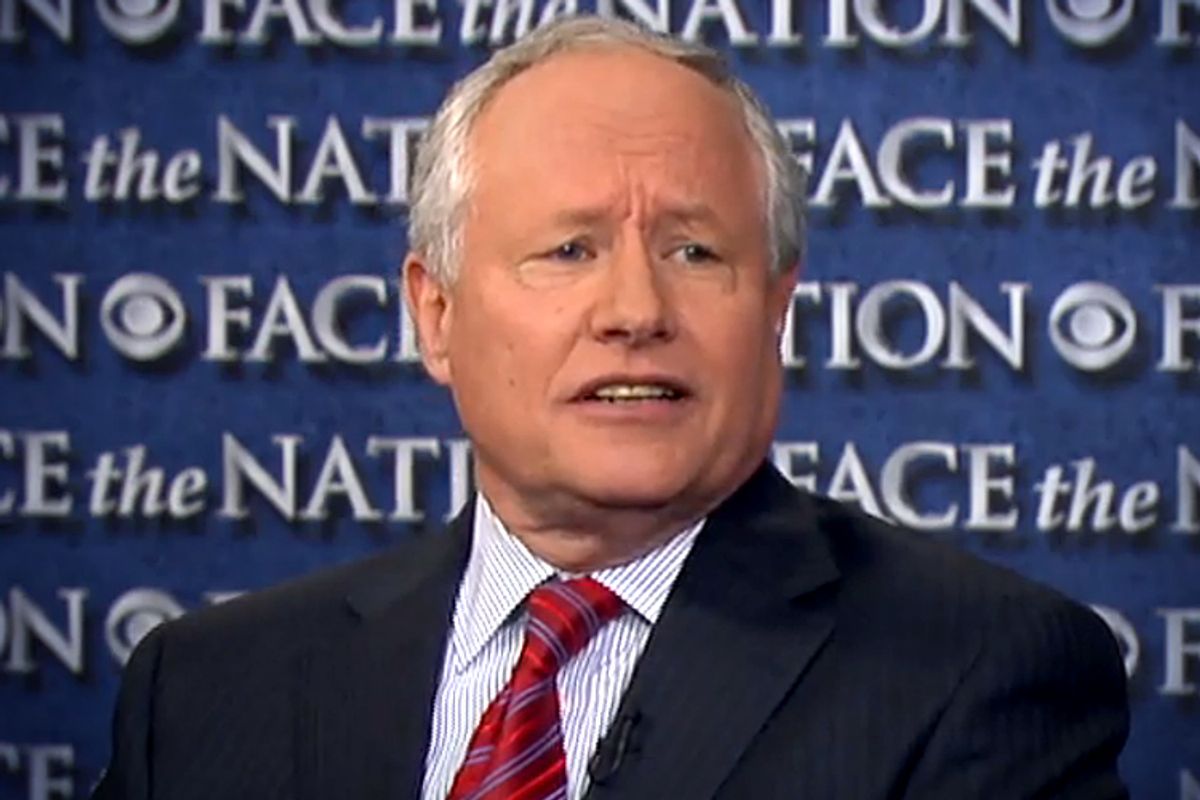 Bill Kristol, the neoconservative product of nepotism who has distinguished himself over the years by being wrong about nearly everything, found himself in a familiar situation on Sunday morning: As the only person willing to defend the lawlessness of the CIA and the national security state in general.

Appearing on "This Week," ABC's Sunday morning political gabfest, Kristol was the only member of a panel of five willing to back the CIA in its ongoing contretemps with California Democratic Sen. Dianne Feinstein, who has accused the spy agency of acting unlawfully and unethically by spying on her staff.

Disagreeing with Fox News' Greta Van Susteren, who called for a thorough investigation of the CIA in light of the charges from Feinstein (who is usually a staunch defender of the agency), Kristol said he was willing to "defend the intelligence community against a bunch of senators and their staff."

In an implicit acknowledgment of the scandal's roots — the CIA's torture program during the George W. Bush presidency, which Feinstein and her staff has previously investigated — Kristol added, "And I will defend the interrogation program."

Responding to Kristol's use of the "interrogation" euphemism, Katrina Vanden Heuvel, the publisher and editor of the Nation, said, "First of all, Bill, it is not an interrogation program — it’s torture."

"Second of all," she continued, "Sen. Feinstein has been a great defender of the intelligence community. She is now saying, without effective oversight, secret government is not justified in a democracy."

Vanden Heuvel went on to urge the creation of a "new Church Committee" to examine the behavior of the national security state in the years since 9/11.

In addition to Vanden Heuvel's pushback, Kristol was also indirectly criticized by former George W. Bush campaign chief strategist Matthew Dowd, who said the CIA's actions were the direct consequence of "this whole culture that basically says we can do whatever it takes so that we don’t have terrorism, to preserve security."

"These kinds of things happen when you have a culture that the ends justify the means," Dowd added.

You can watch Bill Kristol get all huffy because everyone else on the panel thinks he's wrong below, via the Raw Story: