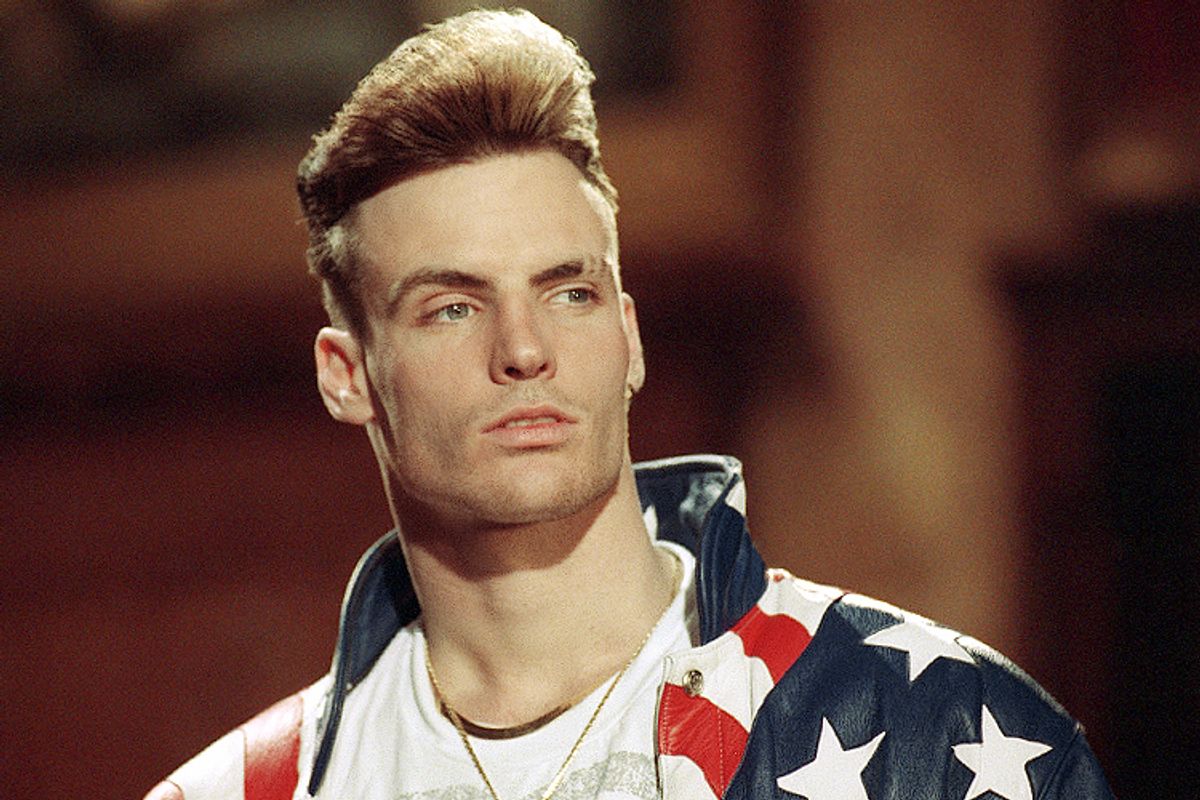 One of the odder phenomena of the last decade is hearing national security elites, terrorism experts, and career diplomats discuss the finer points of “flow,” “bling,” and the “politics of cool.” American and European terrorism experts have increasingly expressed concerns over “anti-American hip-hop,” accenting the radicalizing influence of the genre. Noting that Al-Shabaab, the Somali-based Islamist group, uses “jihad rap” in its recruitment videos, Harvard scholar Jessica Stern wrote in Foreign Affairs: “The first- and second-generation Muslim children I interviewed for a study of the sources of radicalization in the Netherlands seemed to think that talking about jihad was cool, in the same way that listening to gangster rap is in some youth circles.” Others have advocated mobilizing certain substyles of hip-hop against “jihadi cool.” In Europe, hip-hop is being enlisted in a broad ideological offensive to counter domestic extremism.

As in America, some of the biggest stars on the European hiphop scene are Muslim, the children of immigrants and/or converts, a number of whom have been embroiled in controversies about freedom of expression, national identity, and extremism. Britain became the first country to deal with the issue of “Muslim hate rap” when, in 2004, the song “Dirty Kuffar” was released online by rap group Sheikh Terra and the Soul Salah Crew. The video, splicing together images from Iraq, Palestine, and Chechnya, praises Osama bin Laden and denounces Bush, Tony Blair, Ariel Sharon, Hosni Mubarak, and Saudi Arabia’s King ‘Abdallah as “dirty infidels.” The track drew the attention of the Home Office and Labour MPs, who saw the lyrics and imagery as advocating violence. In 2006, Aki Nawaz of the popular hip-hop techno group Fun-Da-Mental released an album, All Is War, with a cover depicting the Statue of Liberty hooded and wired like an Abu Ghraib prisoner, and a song (“Che Bin Pt 2”) comparing bin Laden to Che Guevara. Two MPs called for his arrest.

Realizing the influence of hip-hop, when in April 2007 the Home Office introduced Prevent, an initiative to stop British Muslim youth from being lured into violent extremism, it made sure that hip-hop figured prominently. Muslim organizations in Britain would receive Prevent funding to organize “Spittin’ Light” hip-hop shows, where American and British Muslim rappers with “mainstream interpretations” of Islam would parade their talents. The initiative was directed at younger Muslims, who may not have been associated with mosques or other religious institutions. Prevent’s advocates claim that art can provide Muslims with “an acceptable outlet for strong emotions.” Given Prevent’s involvement in the arts, leaders of cultural organizations—wooed by the American embassy and the British government—are unsure of whether to accept state funds.

“Art is inspiring, art can create conversations that we can’t have in real life, and Muslim artists should be allowed to speak about anything,” says Hassan Mahmadallie, a theater director and officer of the Arts Council of England. “But Prevent is in effect putting limits on the speech of Muslim artists, funding only those the government considers ‘good’ Muslims.”

Other European governments are worrying about hip-hop and extremism. In Germany, state officials are trying to indict rapper-turned- Salafi Deso Dogg for the lyrics of a nasheed that allegedly inspired a twenty-one-year-old Kosovar to fire at a busload of American servicemen in Frankfurt in March 2011. In the Netherlands, the government is at a loss over what kind of rap to support. In 2007, there was a controversy surrounding the Dutch-Moroccan star Salah Eddin and his video “Het Land Van” (This Country Of ), in which he describes being Muslim in an increasingly conservative Netherlands and lists what he likes and does not like about the country. Among other things, he does not like racial profiling and the red-light district—“this land that sells women behind window panes.” The rapper first appears clean-shaven in a plaid shirt; as the video progresses, his facial hair grows longer until, by the end, he is wearing a scraggly beard and an orange Guantanamo jumpsuit. The uproar was not only about this content, but about the fact that Salah Eddin had received a grant from the Dutch Ministry of Culture for the video’s production. Voters complained that their tax money was underwriting radicalism. Government officials felt duped: they had given Salah Eddin the grant thinking he was “moderate,” but he turned out to be “radical.”

European officials (along with U.S. embassy officials) are scrutinizing hip-hop practices in their cities’ immigrant neighborhoods, trying to decide which Muslim hip-hop artists to legitimize and which to push aside. The debate over hip-hop, Europe’s dominant youth culture, stands in for a much larger debate about race, immigration, and national identity. With many of the biggest stars being Muslim, the disputes over which Muslim hip-hop artists are “moderate” or “radical” are also disagreements over what kind of Islam to allow into the public space. This debate is playing out most poignantly in France, the country with the largest Muslim community in Europe, the second-largest hip-hop market in the world, and a place whose traditions of laïcité aggressively restrict expressions of religion in the public sphere.

From "Rebel Music: Race, Empire, and the New Muslim Culture" by Hisham Aidi. Copyright © 2014 by Hisham Aidi. Reprinted by permission of Pantheon Books, an imprint of the Knopf Doubleday Publishing Group, a division of Random House, Inc. All rights reserved.