The Texas senator jokes from L.A. that the poster's creator made at least one big mistake 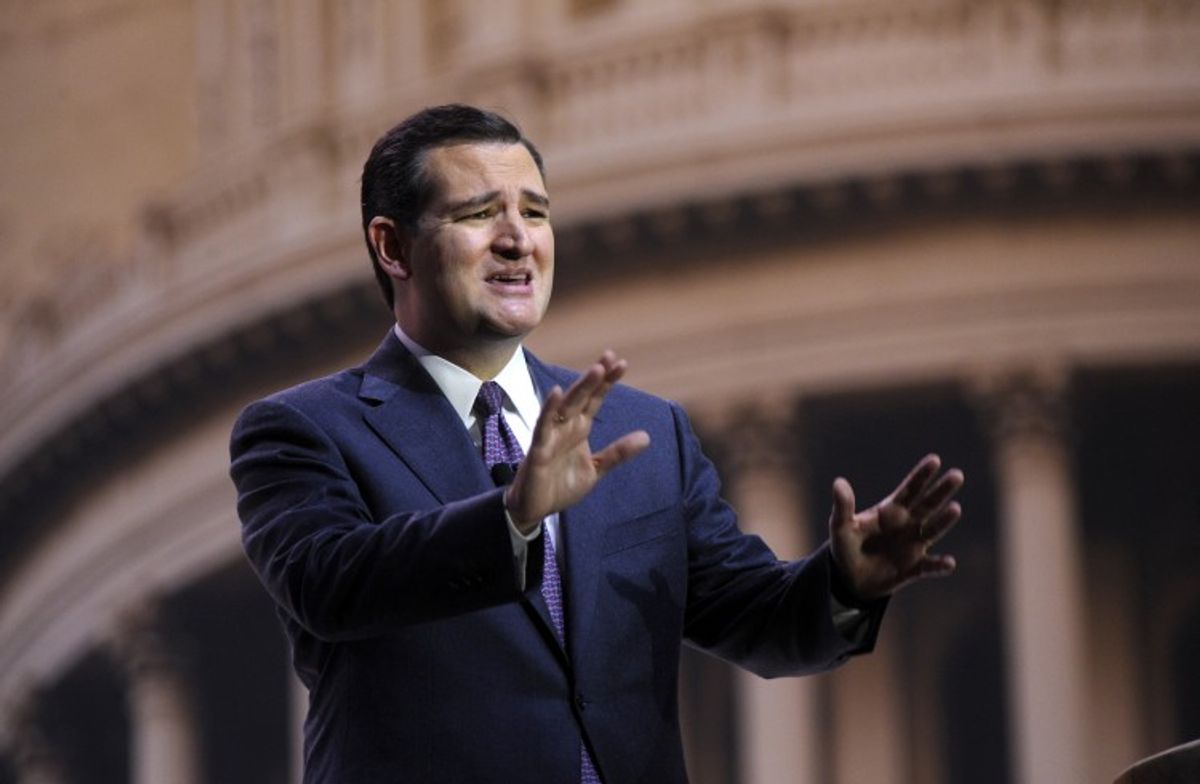 Tea Party darling and Texas Republican Sen. Ted Cruz was in Los Angeles on Saturday in order to deliver the keynote speech at the Claremont Institute's annual dinner. The speech was to focus on the legacy of former British Prime Minister Winston Churchill.

But before he could wax poetic about every conservatives' second-favorite Briton (Margaret Thatcher being number one, of course) Cruz had to set the record straight about a photoshopped poster of himself he saw dotting the Los Angeles landscape:

Cruz may not be a smoker — and probably isn't incredibly buff and covered with ink — but that wasn't the only thing wrong with the poster, according to the Washington Times. While it's true that Cruz's venue on Saturday was the Beverly, it wasn't the Hilton, but rather the Wilshire Hotel.

Those few nitpicks aside, though, the poster was pretty spot-on.