Abusing the Buddha: How the U.S. Army and Google co-opt mindfulness 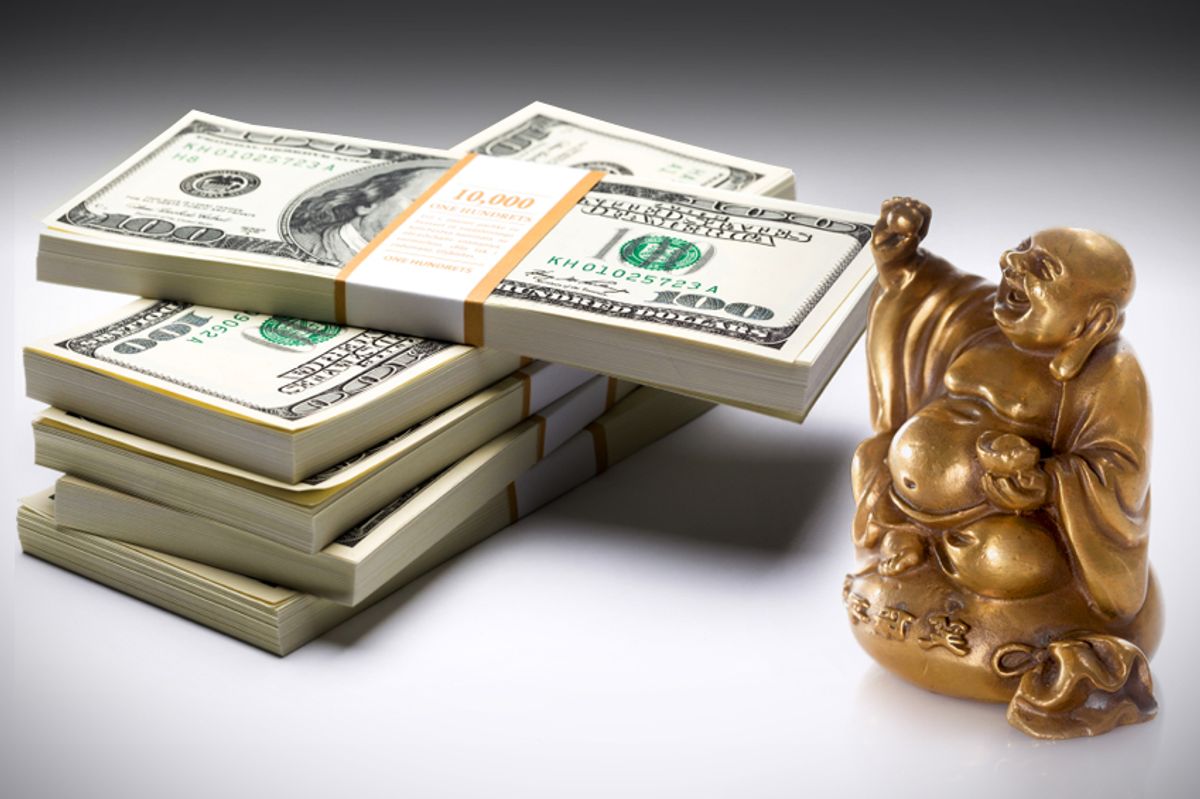 Mindfulness meditation has exploded into an industry that ranges from the monastery to the military. Google, General Mills, Procter & Gamble, Monsanto and the U.S. Army are just a handful of the many enormous institutions that bring meditative practice to their workforce. As someone who has one foot in the monastic traditions that these practices come from and another foot in busy urban culture, I am worried about the secularization of these practices that were once rooted in ethics and nonviolence in particular.

Mindfulness meditation comes from a 2,500-year-old tradition of using an anchor, like the breath, to stabilize attention and bring awareness to the present moment. When you feel your inhalation and exhalation, you also watch the ways in which your attention gets entangled in stories. Some stories help wake us up; they connect us with others and allow us to more easily understand another person’s perspective. And some stories are like addictions; they shut down our deeper imagination and keep us locked in old habits.

Historian Howard Zinn is famous for noting that the telling and teaching of history requires biases, simply because it requires a process of selection. Every story is a selective process. It would be impossible to tell history literally, he argued. Some events are determined to have been more significant or instructive than others, culled from a practically infinite stream of happenings and stitched together as a representation of a particular moment in time. We see this in our own lives as well, where the story we call “self” turns out to be a construct, a fiction. Correctly, Zinn pointed out that the telling of history necessarily involves value judgments. The point, for the reader of history, isn’t to discern where bias is present (because it always is), but to note which biases drive our decision-making processes.

The same is true of any process of selection, really. Any set of criteria is effectively a set of values or priorities, and implies an argument for why other things are not valued or prioritized. This subtle fact makes the emergence of a number of recent trends in mindfulness practice curious, if not deeply troubling. Writing for the Buddhist Peace Fellowship, on the recent disruption of Google’s “Wisdom 2.0” event by activists opposing the gentrification and displacement that Silicon Valley is fueling in the San Francisco Bay Area, Katie Loncke asks a crucial question: “What about the mindfulness, happiness, and well being of the people mining coltan in the DRC, or the people assembling iPhones at the infamous Foxconn sweatshops?... Entire groups of relevant people are cut out of the conversation altogether.”

The same holds when it comes to the increasing momentum — cottage industries, even — behind the growing popularity of mindfulness practice within military and police forces. I’m not speaking, here, of teaching mindfulness to people who are trauma survivors, living with PTSD, and so on. To the extent that meditation and mindfulness practice are useful in healing from trauma (military or otherwise), we should endeavor to provide it. About this, there should be no real argument.

This is, however, not the sum of mindfulness’s encounter with what are, at base, institutions of organized violence. Take, for instance, the work of the Mind Fitness Training Institute based outside Washington, D.C. Founded by a former Marine, and one of the forerunners of mindfulness training within fields of organized violence, the institute’s client list is stacked with military personnel, law enforcement officers, intelligence analysts and agents, and corporate executives. Everything has its price, as the saying goes, so one can imagine that these highly resourced fields would represent rich and reliable revenue streams for the institute’s operation. But the profit motive is actually not a part of the Mind Fitness Training Institute’s mission. Their website invites visitors to contribute financially to their operation, because “addressing the needs of those who selflessly serve our society should not be done at a profit.”

This is, of course, a rather selective construction of social service. Why not serve social workers who work with the homeless or nurses treating addicts in public hospitals? Or domestic violence shelter workers (or domestic violence survivors)? Surely, those who suffer as a consequence of war or police brutality far outnumber those suffering within such occupations. By what assessment has the trauma of people victimized by organized, state-sanctioned violence (or corporate interests) been given less priority than the well-being of those carrying it out? The answers, here, may prove unflattering, and tell us a good deal about how narratives of race, class and nationality speak through us at every level — including spiritual practice.

There is, of course, the additional consideration of the ends to which mindfulness and meditation are being applied in these scenarios. “These techniques can be very effective in increasing situational awareness on the battlefield,” the Mind Fitness Training Institute’s founder, Elizabeth Stanley, said in a 2012 Washington Times story. No Afghans or Iraqis were asked whether this has made U.S. occupations in either place more bearable — that’s not the sort of situational awareness Stanley was referring to. The U.S. Army touts the advantages of mindfulness practice in the battlefield on its own website, emphasizing it as a component of readiness and stress-reduction, omitting entirely the option of not putting soldiers in traumatic situations to begin with as a stress-reduction strategy. There seems a tellingly narrowed spectrum of discussion afoot, contrary to the spaciousness of mind that meditation typically aims to produce. Acceptance of these narrowed premises is, at the end of the day, optional. It’s a choice; one for which we’re responsible.

Mindfulness was not designed as an ethically indeterminate technique. In the yoga and Buddhist traditions, meditation practice has always been grounded in an understanding of causality, or karma: our actions make a difference. If everything we do has an impact, then mindfulness is a deeply political practice, designed to reduce stress and suffering both in our own hearts and in the world of which we are a part. Those two things are not separate. We may have the potential for distraction, greed, anger, hatred and jealousy in our own minds, but we also need to work with the way those same forces are institutionalized in our society.

The first ethical principle that the Buddha taught in his description of living mindfully is “not Killing.” While it may not be in our hands to forbid the use of meditation and mindfulness by those who seek to optimize organized violence, it is our prerogative to speak out against such uses. And further, it’s our prerogative — indeed, our obligation — to name the failure of values implicit in such activities, and call for accountability where possible. More still, it’s perfectly within our means to imagine, discuss and proliferate skillful applications of mindfulness where it’s needed most, toward genuinely social, healing ends — with those most impacted by organized violence at the center of our attention.

Michael Stone is a Buddhist Teacher and Social Activist. He teaches internationally and lives in Canada. www.centreofgravity.org