"There’s just no way, making $9 an hour as a single parent with two children, that I can live without assistance" 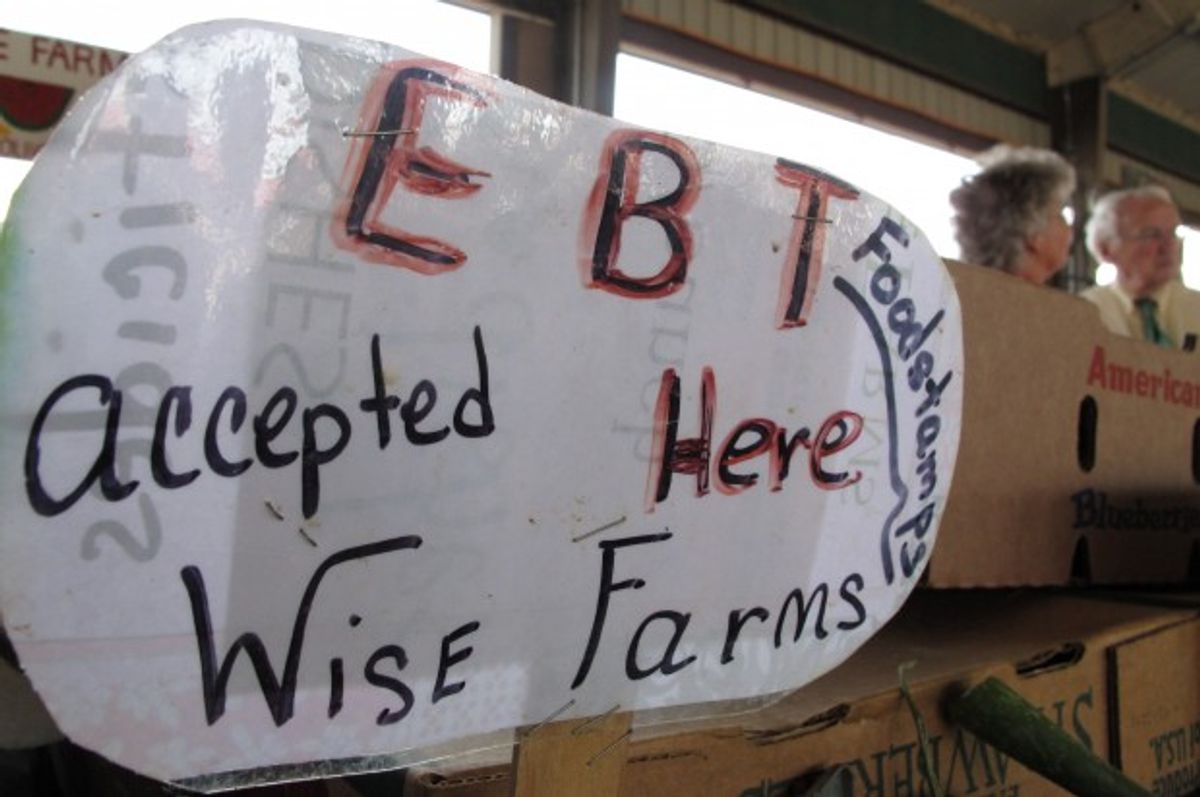 More than 25 percent of low-wage workers are single mothers, but with the minimum wage stalled at $7.25 an hour since 2009, a mother who works full-time will only make an average of $14,500 each year -- $4,000 below the poverty level for a family with two children. The situation is even more dire for people working in low-wage positions without reliable access to full-time hours.

And this is where Erika McCurdy finds herself each month -- working hard during a graveyard shift as a nurse’s aide at an assisted living facility in Tennessee, but still struggling to support herself and her family. “There’s just no way, making $9 an hour as a single parent with two children, that I can live without assistance,” McCurdy told the New York Times for a Monday piece on low-wage workers living on the precipice of financial disaster.

As the Times reports, McCurdy's situation is not unique -- nationally, or in Chattanooga, Tenn., where McCurdy was born and raised and where the poverty rate is almost double the national rate:

In Chattanooga, the prevalence of low-wage jobs has contributed to the high poverty rate: 27 percent of the city’s residents live below the poverty line, compared with 15 percent nationwide. Women head about two-thirds of the city’s poor households, and 42 percent of its children are poor, nearly double the rate statewide.

“The face of poverty in this community is women, especially women of color,” said Valerie L. Radu, a professor of social work at the University of Tennessee, Chattanooga.

This city was not always a magnet for low-wage jobs. For much of the last century, the city, which hugs the Tennessee River, was a manufacturing hub with dozens of apparel factories, textile mills and metal foundries.

During the last quarter of the 20th century, almost all the factories and foundries were shuttered, and with them disappeared thousands of manufacturing jobs that had once lifted workers, even ones without high school degrees, into the middle class or to the cusp of it. In their place have come thousands of service-sector jobs: at the aquarium and Imax theater built to lure tourists and at hotels, nursing homes, big-box stores, brew pubs, fast-food restaurants, beauty salons and hospitals.

McCurdy -- who, after being laid off from a full-time position at a local hospital, found herself working part-time hours for pay just above the minimum wage -- is also representative of the new face of low-wage workers, as the Times notes:

Climbing above the poverty line has become more daunting in recent years, as the composition of the nation’s low-wage work force has been transformed by the Great Recession, shifting demographics and other factors. More than half of those who make $9 or less an hour are 25 or older, while the proportion who are teenagers has declined to just 17 percent from 28 percent in 2000, after adjusting for inflation, according to Janelle Jones and John Schmitt of the Center for Economic Policy Research.

Today’s low-wage workers are also more educated, with 41 percent having at least some college, up from 29 percent in 2000. “Minimum-wage and low-wage workers are older and more educated than 10 or 20 years ago, yet they’re making wages below where they were 10 or 20 years ago after inflation,” said Mr. Schmitt, senior economist at the research center. “If you look back several decades, workers near the minimum wage were more likely to be teenagers — that’s the stereotype people had. It’s definitely not accurate anymore.”