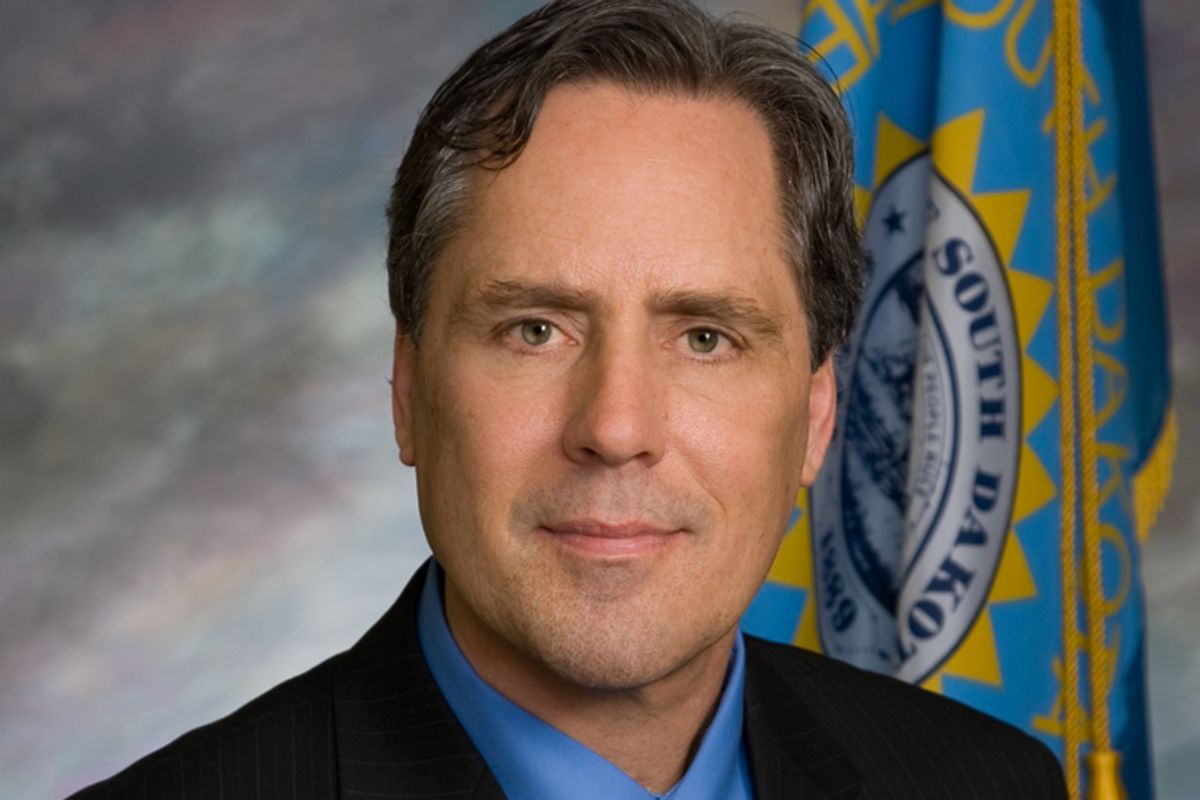 Give Republican South Dakota state Sen. Phil Jensen this much: He's not afraid to follow his ideas to their logical conclusions.

Speaking with the Rapid City Journal, Jensen not only defended his proposed bill to allow businesses to deny service based on a customer's sexual orientation, but also argued that similar legislation should exist to protect those who'd like to discriminate by race. Why? Because freedom and the market, that's why.

"If someone was a member of the Ku Klux Klan, and they were running a little bakery for instance, the majority of us would find it detestable that they refuse to serve blacks, and guess what? In a matter of weeks or so that business would shut down because no one is going to patronize them," Jensen told the Rapid City Journal.

This same desire to let business owners ban people of color, if they so choose, informs Jensen's controversial bill on discriminating against LGBT people.

While similar in many ways to the high-profile Arizona law vetoed by GOP Gov. Jan Brewer, Jensen's proposal goes even further, explicitly allowing discrimination based on sexuality, rather than doing so tacitly, as did the Arizona bill.

Jensen's bill was too much even for his fellow South Dakota Republican senators, however, and died in committee. GOP Sen. Mark Kirkeby described it as "mean, nasty, hateful, vindictive..."

For his part, Jensen tells the Rapid City Journal that while he doesn't expect everyone to agree with him, he hopes all will believe in his conviction and conservatism.