Our DIY euthanasia: Letting go of the dog who rescued us

We loved Captain Nemo, he of the sad eyes, our dog while becoming a family. And then it became time to let him go 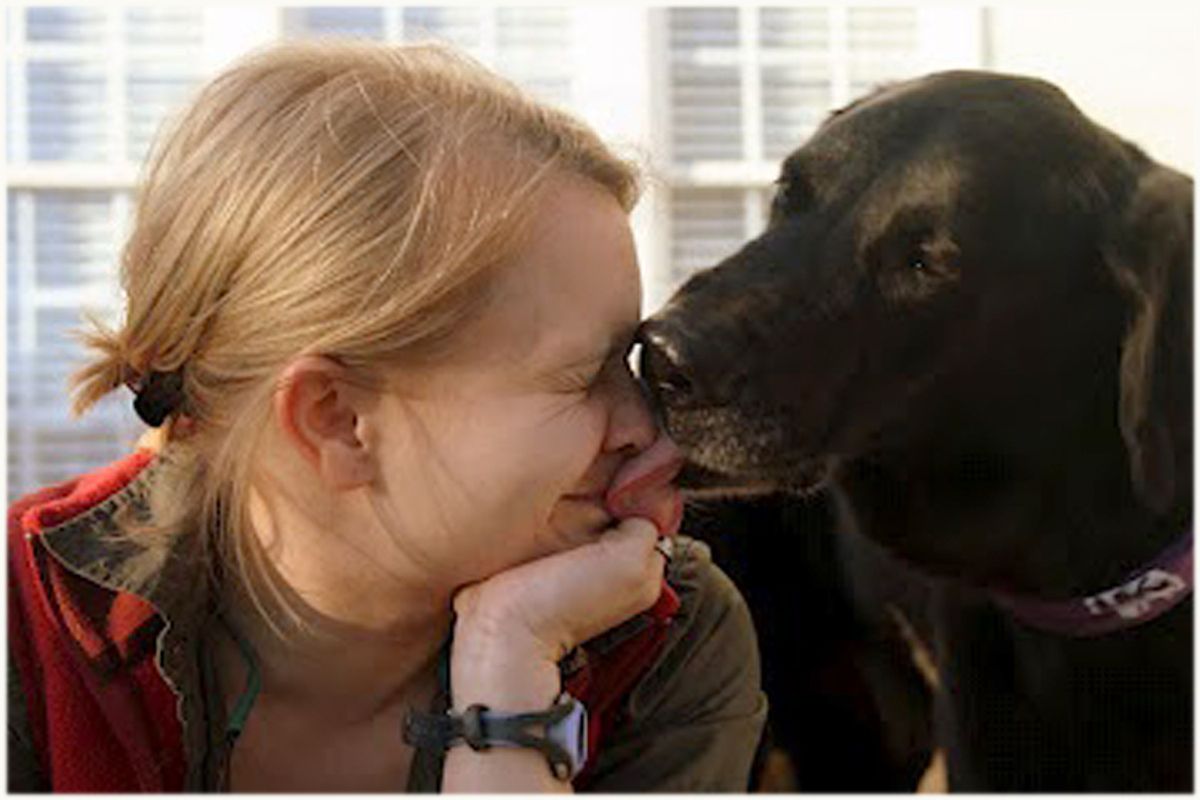 I have a bad habit of finding dogs online, a habit only enabled by marrying into a family of three veterinarians. I’d always wanted a dog of my own — a wish for one dog that would later turn into five.  So, the week after my husband and I were married, I found a goofy-looking, middle-aged shelter dog named Niño and declared him mine.  The one. There was something solemn and noble in his eyes and I thought:  I can make this dog happy.  This is the hubris of an animal lover, certainly, but also an earnest desire I have never shaken.

We went to meet him. His foster home was the kind of place every animal enthusiast sees as a cautionary tale:  There was a beagle scratching himself raw on top of the chewed-up coffee table. Loud, incessant barking. Sad, stained carpet. Mutiny, really. The animals were in charge here.

“He likes to follow me when I mow the lawn,” the guy said, looking down at the 80-pound, jet-black lab-shepherd mix that lay devotedly at his feet. I could tell he didn’t want to part with Niño, whom we took for a short walk, a test drive of sorts. Niño tugged on the leash, had loose hips and a lopsided way of sitting. He stared through us and lunged at squirrels. It didn’t matter. I loved him before we met.

I’m like that. I can love anything, even bad dogs. But Niño wasn’t a bad dog. He was just hollowed out, a little numb, lost. That first night he did restless laps around our bed; I can recall the click of his nails on the hardwood floor. I had the pangs of regret I still get every time I rescue an animal, and there have been many:  What have I done?  That night I got down on the floor — we weren’t at a life stage where we invested in carpet — and I spooned the 80-pound dog that I didn’t know. He wasn’t the kind of dog that set you at ease, not those first years. He just stared at you, and I stared back. We tried to trust each other.

Every rescue, like any emotional investment, is a risk.

I can still remember the feel of his coat, the tuft of auburn hair on his black chest, his large feet, his smell. The way he was petrified of his own flatulence and the gray cat we got later, the one who growled at herself in dark corners.

Niño became Captain Nemo — it was an easier name to holler on the trail, and we lived in the South then and did more hollering. Two other dogs quickly followed, a beagle mix afraid of manhole covers and a plucky spaniel that liked to hunt rabbits, but Nemo was the favorite. He could sleep on the bed, ride in the car, lick the yogurt container clean. He was the star athlete, capable of death-defying leaps off of riverbanks and record-breaking sprints.

Sometimes people would stop us and say: Your dog has sad eyes, or, He’s so serious.

Captain Nemo, as far as we could tell, enjoyed hikes but was lukewarm on swimming. He enjoyed running but had a bad habit of stalking other dogs, and once chased a girl on roller skates, which relegated him to a life on the leash.  He was the dog that saw my husband through four years of veterinary school, enduring repeated physical exams, donating pint after pint of blood. He was still around when we moved to Vermont, those strange weeks after our first daughter was born and my mother-in-law passed away, those strange weeks where my husband learned what it was really like to help a family say goodbye to a pet. His first euthanasias were tough. We talked about them at the dinner table, my eyes welling up as we mulled over the psychology of loss, the different ways people say goodbye. Afterward, I would walk our green fields with my crying, colicky daughter, Nemo by my side or sprinting ahead only to circle back, no longer the center of my world but no less dutiful.

We like to say Captain Nemo was 11 for many years; who knew? His age along with his sad eyes would forever be mysteries. When my daughter turned 1, his muzzle whitened and his back legs began to drag. His once-muscular rump atrophied into a bony pelvis. It was ugly and inconvenient. We woke every morning to evidence of his incontinence. I cooked dinner while waving my newly mobile daughter away from the wood stove and anything unsavory Nemo had left on the floor. Multiple times a day I slipped a sling made from old denim underneath his body and helped him outside for a walk.  Sometimes if you got him up and on his feet he could take off. Other times he took off and fell down somewhere on the property, and we had to seek him out in the dark, following the sounds of his hoarse barking. We’d rouse him from the ground and guide him back home.

When the time came — and it always comes — my husband knew what he wanted to do. He purchased two of his favorite burgers from the local sports bar — Kevin’s at Mike’s Place III — and brought them home, locked away the other dogs. He and Nemo shared a meal together on the floor by the wood stove. It was a cold spring evening.

I cradled Nemo’s head in my lap and felt the rise and fall of his chest with one hand. My husband shaved a small rectangle into his fur. I felt sorry for Nemo and sorry for myself.  Maybe, to some people, it sounds silly to care so much for an animal, precious even, but each of us knows what we look for in friends and loved ones, and where we find it.

My husband was sad but calm. He has more data than most of us do about where that gray line of mercy is, not that it made the moment any easier. “Are you ready?” he asked.

The answer will never be yes. There is the constant pain of being an animal rescuer, of loving so many, so hard, and losing them so often.  Nemo was the first, but other goodbyes have followed. There was Pi the one-eyed cat who used to garden with me, hit by a car. There was Greta the Gray, an evil cat I adored, picked off by an owl or coyote on a rare winter night spent outside of the house. There was Whispy the ancient Morgan mare, gentle to a fault, who used to let the goats balance their front hooves on her back end when they wanted to eat leaves from a nearby tree. Now four of our five dogs are in their golden years, including the rabbit-hunting spaniel and beagle afraid of manhole covers. They come to the back door with snowy chins, cloudy eyes, and wet feet; they sleep restlessly at night.  My cat, Sargent Pepper, has no teeth and a tail broken in two places.  None are long for the world, but these are the ones my husband and I tend to go for, the lost and damaged, the aged, the troubled.  Other people’s problems.

Before that cold spring night, I had never been up close with death, never asked it of myself. It was a bizarre privilege to have my hands on my dying dog’s body, to help him go gently on the comfort of a bed he knew, in a corner of the kitchen that has never looked the same since.

We bent over his body, placed our ears onto his ribcage, listened for his heartbeat and breath until neither existed. I cried into his fur and cried even harder as we went out into the backyard with shovels and dug a deep hole underneath an almost full moon. I let myself cry hard. I didn’t try and hold anything in. There was a lot to let out — we were still missing my mother-in-law and those early days of motherhood were hard for me — and letting myself acknowledge loss in a howling and ungraceful way was one of the most cathartic moments of my life. It was cleansing to feel it all, to have a hands-on moment with death.

Nemo’s collar still hangs in the kitchen, next to a portrait of him, taken one day when he climbed into the car as we were unloading groceries, a time when there were no juice-stained car seats in the back.  Every day I look at his sad eyes — the artist got them just right — and remember the ways in which we rescued each other.