The fight for LGBT equality will be won with beer 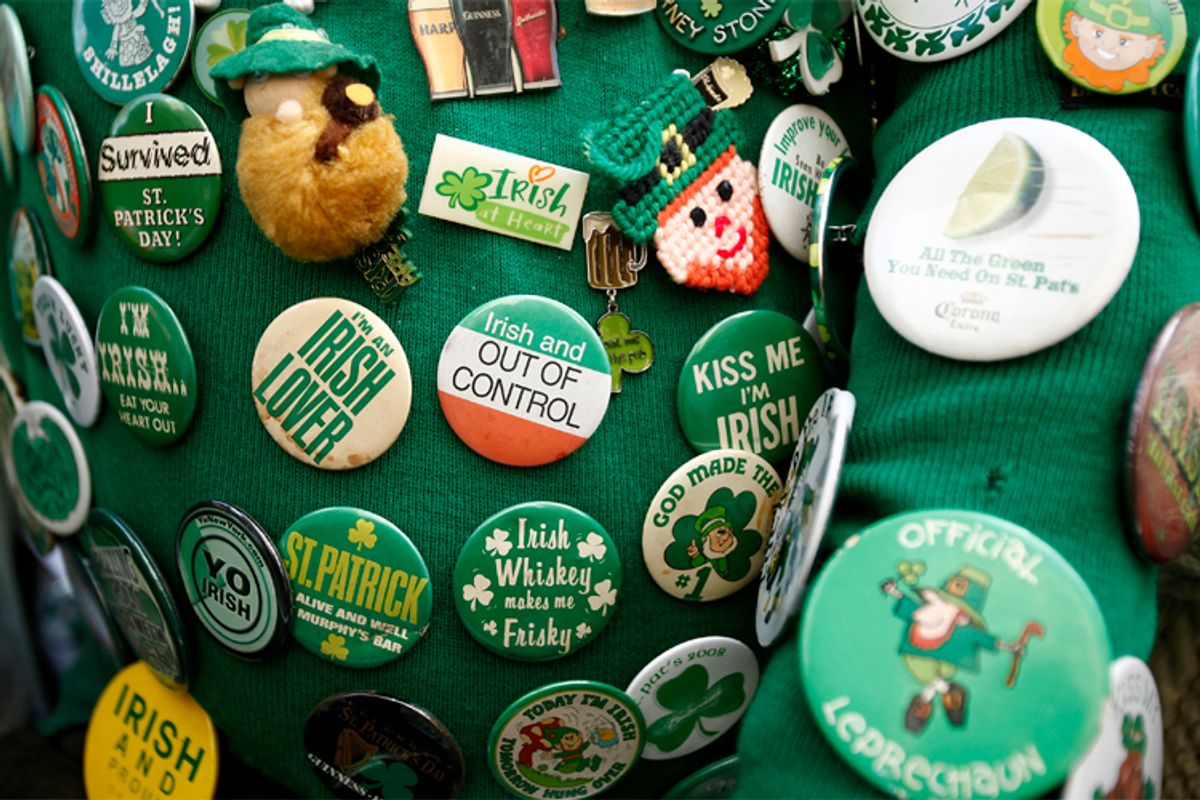 It's one thing when the mayors of cities with strong Irish American populations take a stand and refuse to march in the St. Patrick's Day parade. But when the beer companies back off, now that is major.

Earlier this month, both Boston Mayor Martin J. Walsh and new New York Mayor Bill de Blasio stated their intentions to sit out their respective St. Patrick's Day parades until the events welcomed gay and lesbian participants. As Walsh said at the time, "Equality comes first. The fact that it’s 2014, I certainly hope we’re able to come to an understanding. It’s long overdue." Mayor de Blasio issued a similar sentiment, noting, "I simply disagree with the organizers of that parade in their exclusion of some individuals in this city." But though the mayors were applauded for their stands against exclusion, it's been an unlikelier voice for change that's been the most notable. Because as we Irish Americans know, we need a drink a lot more than we need a mayor if you want to get our attention. And this year, the Boston-based beer maker Sam Adams withdrew its sponsorship of its hometown parade, saying, "We were hopeful an agreement could be reached to allow everyone, regardless of orientation, to participate in this parade However, given the current status of the negotiations, this may not be possible." German brand then did the same with its relationship with the New York parade, saying, "We believe in equality for all." And then, in the deepest cut of all, Guinness, the liquid most closely associated with St. Patrick's Day -- right after street gutters full of urine -- announced Sunday it too had had quite enough of this bigoted nonsense.

As the company announced in a statement, "Guinness has a strong history of supporting diversity and being an advocate for equality for all. We were hopeful that the policy of exclusion would be reversed for this year’s parade.  As this has not come to pass, Guinness has withdrawn its participation." And with that, it just got real.

Hilariously, angry old man Rupert Murdoch declared Monday that Guinness had been "bullied by gay orgs who try to take [the parade] over. Hope all Irish boycott the stuff." First of all, yeah, I'm sure Guinness is really quaking at the prospect of legions of Rupert Murdoch fans abstaining from its beer. On St. Patrick's Day. Second, it's brilliant when people like Murdoch explain their homophobia as simply being about what's appropriate at a "religious parade." A religious parade that accepts beer sponsors – just like Jesus would!

It'll take more than a somewhat drier terrain to deter a proud tradition like the St. Pat's parade. As of Monday morning, Ford motors, which backhandedly says that "No one person, group or event reflects Ford’s views on every issue" was still supporting the New York parade, as well as CIE Tours International and Empire City Casino. But when corporations decide to act like human beings instead of corporations, it is a big deal. It says that excluding people because you're uncomfortable with them is not okay. That's not being bullied, that's being right. Over the past few years, we've seen big brands like General Mills acknowledge that we live in a multiracial world and Honey Maid celebrate the fact that "wholesome" families don't have to all look alike. And every time a brand recognizes that the mainstream is rich and diverse and that the angry shouting people who feel "bullied" whenever somebody requests equal representation are the goddamn lunatic fringe, it's good for business. It's good for everybody, in fact.

This won't be the year that the parades in New York and Boston pulled it together and became more welcoming and tolerant. Okay, fair enough. But this will be remembered as the year that a tipping point was reached, one in which corporate America had to decide which side it wanted to be on, and it chose the side of love and tolerance and respect. And that is the whole lesson of the fight for equality. You can keep trying to lock everybody out, and eventually your world is going to get smaller and smaller. The real party, meanwhile, is happening all around, outside. It's much wider and much nicer. And ours has the drinks.