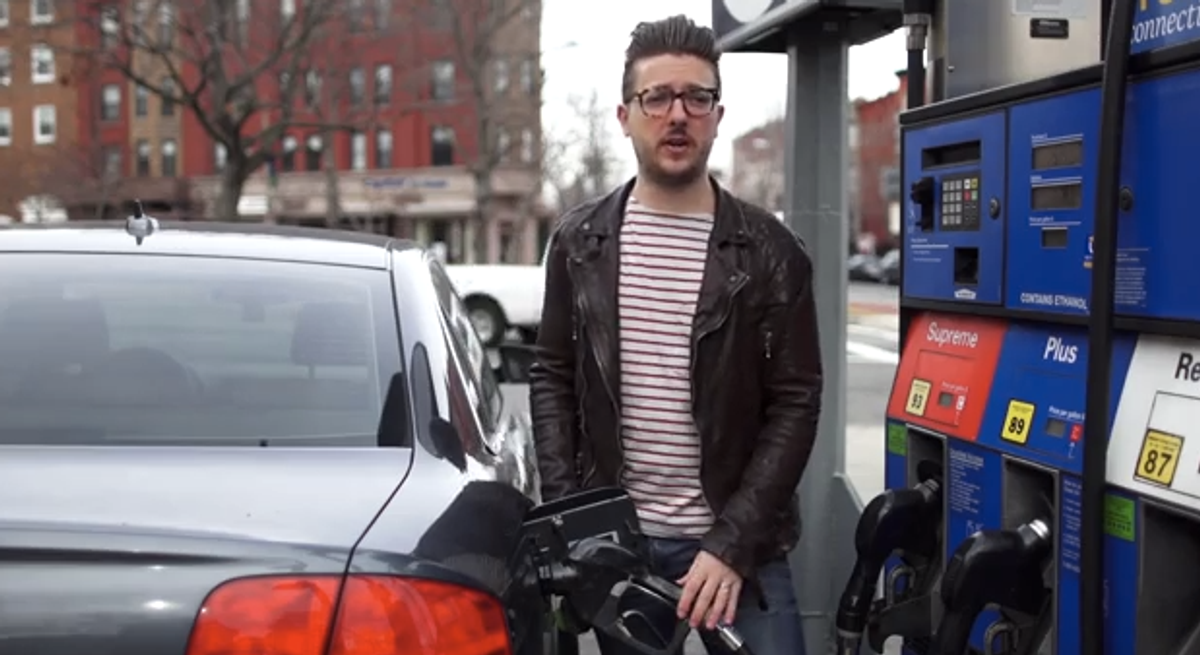 The GOP has released a new series of ads in an effort to shake its image as a party of old white men in the lead-up to the 2014 midterm elections.

Each spot has a lofty, vague title ("The American Dream," "Next Generation") and features an actor who represents a group of voters (women of color, white millennial men who use hair gel) that the GOP really, really wants to lean Republican come November.

The actors smile and say banal things like, "I believe in opportunity for all," while pumping gas or pulling espresso shots. They also talk about "helping the unemployed" and "striving to help families" while remaining conspicuously silent on Republican opposition to unemployment benefits or food assistance programs that help people do very basic, unglamorous things like, you know, eat.

But man, what a great leather jacket the guy who hates unemployment benefits is wearing! Sure do love that jacket. I feel so distracted by that cool leather jacket that I forgot all about the core tenets of the Republican platform. LGBTQ rights what? Reproductive justice who? Voting rights how? Minimum wage where? Just get me that leather jacket!

“It ... means taking a national party like we did last year and historically changing the very nature of how we do business. We are putting people in every single battleground state across the country, every single community," he told CNN's "State of the Union" over the weekend. "We have a historic engagement effort in Hispanic-, Asian- and African-American communities not just five months before an election but for four years. This is what we do. We are a campaign committee. But one of the things we didn’t do well in the past is communicate on a long-term basis in diverse communities across America. And what we’re changing is that every day and every week, we’re in these communities talking about the Republican Party. I think that’s important. That’s how you change things.”