Marvel Studio details the beginnings of its "Universe" with an all new TV special. 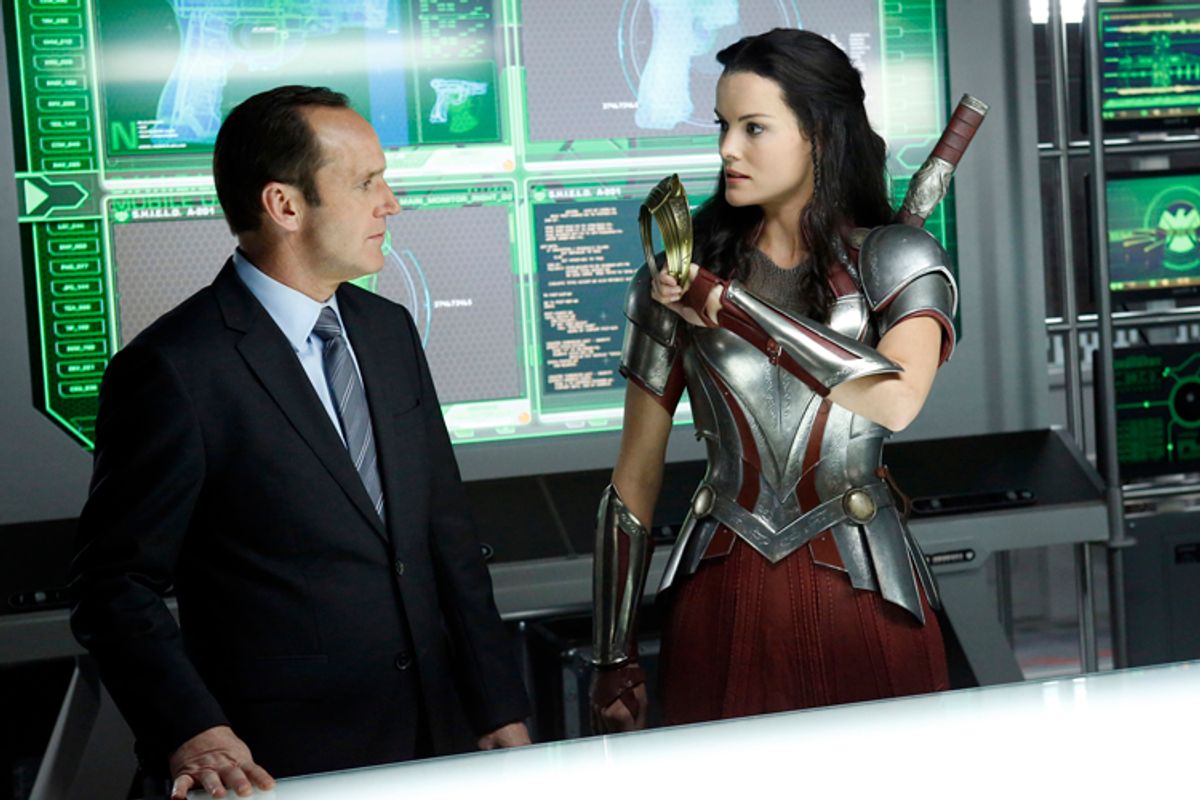 I have half a mind to use this space to sing the praises of the two “Hulk” movies, considering how deliberately Marvel has attempted to downplay their existence in tonight’s self-aggrandizing special “Marvel Studios: Assembling a Universe.” Of course, Eric Bana’s “Hulk” is virtually indefensible, and 2008’s passable “Incredible Hulk” hangs almost entirely on a thrilling opening chase sequence and Ed Norton’s fine performance. Ah, well. If, like so many millions of earthlings, you have been seduced by any of the studio’s other franchise properties, you probably figure Marvel has earned the right to shape its own mythology. They certainly think so.

In the first few minutes of the special, Marvel recalls its “underdog” beginnings. Technically, the comic book company was a content provider without a major studio home trying to turn a profit in the movie business with second tier titles. But considering that some of those second tier titles were still globally recognizable and had been for decades – i.e. the aforementioned “Hulk” – it’s hard to buy Marvel as anything akin to an indie upstart. Following the success of the very first “Ironman,” Marvel Studio’s second cinematic venture, it’s inconceivable that Marvel executives would have ever been worried about getting funding for the film.

Fortunately, “Assembling a Universe” does not waste too much time flogging Marvel’s humble beginnings. Instead, much of the studio’s ascendance is pinned to clever, counterintuitive choices in packaging. Again, this self-praise is reasonably well-deserved. While Robert Downey Jr. had certainly made a splash in “Tropic Thunder,” the decision to make him the face of an expensive superhero franchise still qualifies – at least in Hollywood – as inspired. (Personally, I remember finding it odd that the chubby shmuck from “Swingers” was tapped to direct. But go back and watch “Zathura,” and it all makes sense.)

“Assembling a Universe” airs tonight in the slot “Marvel: Agents of S.H.I.E.LD.” usually inhabits. So it’s more than simply cynicism that signifies this special is going to end up reinforcing the merits of that show. But the trip down Marvel’s memory lane and back is still genuinely enjoyable. It’s kind of like the end of the “Sixth Sense.” But instead of making you wrack your brain trying to remember all the signs that Bruce Willis is dead, it reminds you of all the ways in which Marvel made people – many of whom had never heard of The Avengers – anticipate an Avengers movie. Weaving campy Nick Fury (Samuel Jackson) and the goofy, seemingly innocuous Agent Coulson through multiple storylines not only helped unite Ironman, The Hulk, Captain America, and Thor for the big throw-down in New York, it also paved the way for a primetime television show about, essentially, the administrative assistants of the superhero world.

But, for the superfan, this is all geek ancient history. Anyone eagerly awaiting tonight’s broadcast most likely does so in the hopes of catching a glimpse of Marvel’s upcoming franchise expansions. We all know Captain America squares off imminently with “The Winter Soldier,” but you get a bit more of Scarlett Johansson (The Black Widow), Anthony Mackie (Falcon), and Robert Redford’s involvement in that movie. Scenes and stars from “Guardians of the Galaxy” – a property at least a cosmos away from The Avengers, but not long for theaters – do make an appearance. The big bonus is a so-called sneak peak at the next Avengers film, “Avengers: Age of Ultron.” Sadly, that clip was not included in the advance of “Assembling a Universe” that I was sent – nor was there any indication that Marvel would be trying their hand at another Hulk film any time soon.