5 reasons to consider a no-strings-attached, basic income for all Americans

Half of all Canadians want it. The Swiss have had a referendum on it. The idea's not as far-fetched as it sounds 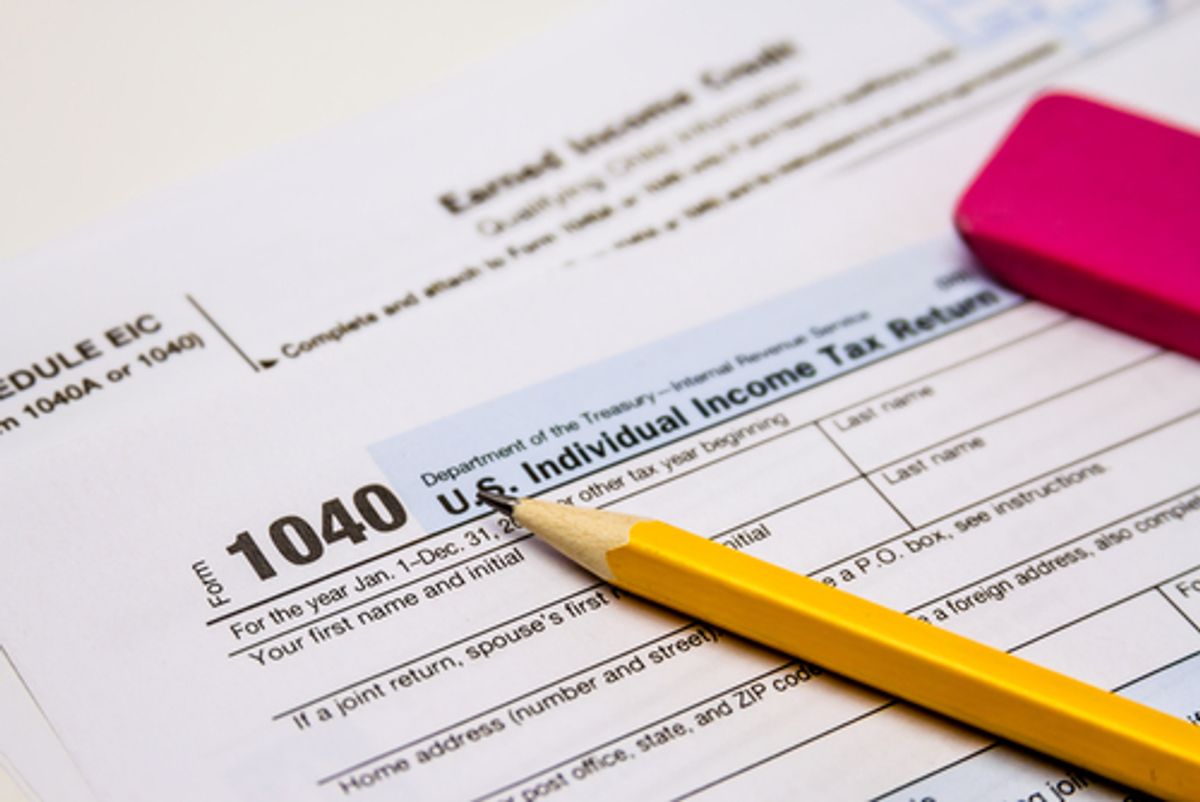 What if you could receive a guaranteed basic yearly income with no strings attached? Didn’t matter how much money you made now, or in the future. Nobody would ask about your job status or how many kids you have. The check would arrive in the mailbox, no matter what.

Sounds like a far-fetched idea, right? Wrong. All over the world, people are talking guaranteeing basic incomes for citizens as a viable policy.

Half of all Canadians want it. The Swiss have had a referendum on it. The American media is all over it: The New York Times’ Annie Lowrey considered basic income as an answer to an economy that leaves too many people behind, while Matt Bruenig and Elizabeth Stoker of theAtlantic wrote about it as a way to reduce poverty.

The idea is not new: In his final book, Martin Luther King Jr. suggested that guaranteeing people money without requiring them to do anything in exchange was a good way for Americans to share in prosperity. In the 1960s and early 1970s, many in the U.S. gave the idea serious consideration. Even Richard Nixon supported a version of it. But by 1980, the political tide shifted to the right and politicians moved their talking points to unfettered markets and individual gain from sharing the wealth and evening the playing field.

Advocates say it’s an idea whose time has finally come. In a world of chronic job insecurity, stagnant wages, boom-and-bust cycles that wipe out ordinary people through no fault of their own, and shredded social safety nets, proponents warn that we have to come up with a way to make sure people can survive regardless of work status or economic conditions. Here are five reasons they give as to why a guaranteed basic income might just be the answer.

1. It would help fight poverty: America is the richest country in the world, yet widespread poverty continues to afflict us. Social Security has arguably been the most successful program for reducing poverty in American history, dramatically cutting poverty among the elderly and keeping tens of millions above the poverty threshold. Why not expand it to all?

Matt Bruenig calculated that by giving everybody a mere $3,000 a year, including children (who would receive the money through their parents), we could potentially cut poverty in half. The program would be simple: you get it no matter how much money you make, which would prevent poor people from having to worry about losing the benefit. With everybody in it together, you get a much larger base of political support (one of the reasons means-testing has always been a back-door way of killing Social Security— it reduces support).

In the 1970s, the small Canadian town of Dauphin ran an experiment through a social policy called “Mincome.” Everybody in the town was allowed to get a minimum cash benefit during the duration of the program. Poverty was eliminated, because people living below the poverty line saw their income boosted through monthly checks. But the results were about more than an official line marking the poverty threshold. Mincome positively impacted the horrible conditions associated with the cycle of poverty. When people had a basic income, they were able to better care for their families, stay healthy and improve their education — all the things that help people stay out of poverty in the future.

2. It could be good for the economy: A basic guaranteed income has the potential to positively impact the economy in several ways, which is why economists from John Kenneth Galbraith to Milton Friedman have advocated it.

For one thing, it could help solve the problem of demand. The great driver of the economy in a capitalist system is something economists call “aggregate demand.” The Econ 101 lesson is simple: when ordinary people have money in their pockets, they spend it on goods and services, which in turn allows businesses to thrive because they are able to invest and to hire more people. Proponents argue that a basic guaranteed income would increase demand, which would help the economy to prosper.

But wait, wouldn’t people get lazy if they had a basic income? One of the things the Mincome researchers wanted to know was whether a guaranteed basic income would cause people to stop working. Despite all the dire predictions that had circulated in academic literature before the experiment, the Mincome effect on number of hours worked was actually quite small — hours dropped 1 percent for men, 3 percent for married women and 5 percent for unmarried women.

The decrease in hours was mostly the result of people taking the time to raise newborns, care for family members, and pursue their education — people did not cut back on work just to loaf around. In addition to activities which would serve as economic investments for the future, the experiment also resulted in things like fewer hospital visits and illnesses, all of which reduce public health costs.

Many argue that a guaranteed basic income is also potentially good for entrepreneurship, making it easier for people to start a small business or switch careers.

3. It could have many benefits to society: Clearly, we want policies that help us create a more stable society where more people can reach their potential and fewer people resort to crime and violence. Advocates say a guaranteed basic income does just that.

As a recession hit and the center-left politics of the 1970s shifted rightward in Canada, interest in the Mincome experiment waned. However, Canadian economic researcher Evylen Forget notesthat most people who participated in Mincome wish the program had continued, citing benefits like increased opportunity to pursue an education.

Candadians are now reviving the idea, many arguing that such programs would actually encourage people to work because they would eliminate welfare provisions that penalize the poor who take very low-paying or part-time jobs. In Brazil, advocates have pointed out that a basic guaranteed income could help guard against such scourges as child labor, while Swiss activistsmake the case that it would help people do more meaningful work, making for happier and better workers.

Philippe Van Parijs, a Belgian philosopher, argues that a basic income is a powerful tool for social justice, allowing everyone, no matter what their circumstances, the possibility to pursue their conception of a good life. He notes that a guaranteed basic income could address some of the issues associated with sexist divisions of labor in which women are expected to do more of unpaid, care-giving work in our society.

4. It might be more efficient than present systems: In the current patchwork of systems confronting poverty, like welfare, food stamps and vouchers, people can fall through the cracks. A guaranteed income could help solve problems caused by rules and restrictions that leave some without subsistence income when they need it.

It’s not just liberals and progressives who like the sound of a simple basic guaranteed income. Something streamlined appeals to conservatives who like versions that could replace existing tax credits and social assistance programs — though it’s important to note that most advocates don’t propose it as a full substitute for existing programs. The American Enterprise Institute’s Charles Murray points out that a streamlined system would obviate the need for people to fill out multiple forms and visit myriad offices to receive benefits. (In his book In Our Hands: A Plan to Replace the Welfare State, Murray suggested an income of $10,000 a year to anyone who was American, over 21 and out of jail.)

5. Let’s not forget simple human dignity: Why is living in dignity not a right? These days, even Americans who get up in the morning every day and report to full-time jobs may not earn enough for a decent standard of living. People like fast-food workers, big-box store employees, caregivers, beauty salon workers, and farm hands often can’t earn enough to feed their families and keep a roof over their heads. Millions have seen no real increase in earnings in decades. Material security, as well as the intangible things that come along with it, like self-esteem and peace of mind, are often out of reach.

A guaranteed basic income is one way to help people to survive with dignity and free them from the humiliation of having to participate in criminal activity and accept abusive work conditions. Because everyone gets it, such a program might serve to eliminate the stigma of a hand-out. Of course, the payment has to be large enough that it helps people actually live in dignity, and some, like economist L. Randall Wray, prefer it as a supplement to something like a jobs guarantee program for this reason.

What’s clear is that our current capitalist system and social safety net have failed too many of us. It may be that in order to confront that epic fail, policy makers will need to get bolder in considering universal guarantees to all citizens.