7 technologies for tracking (or losing) airplanes

If the NSA can figure out where you ate lunch by looking at metadata, why can't we find Flight MH370? 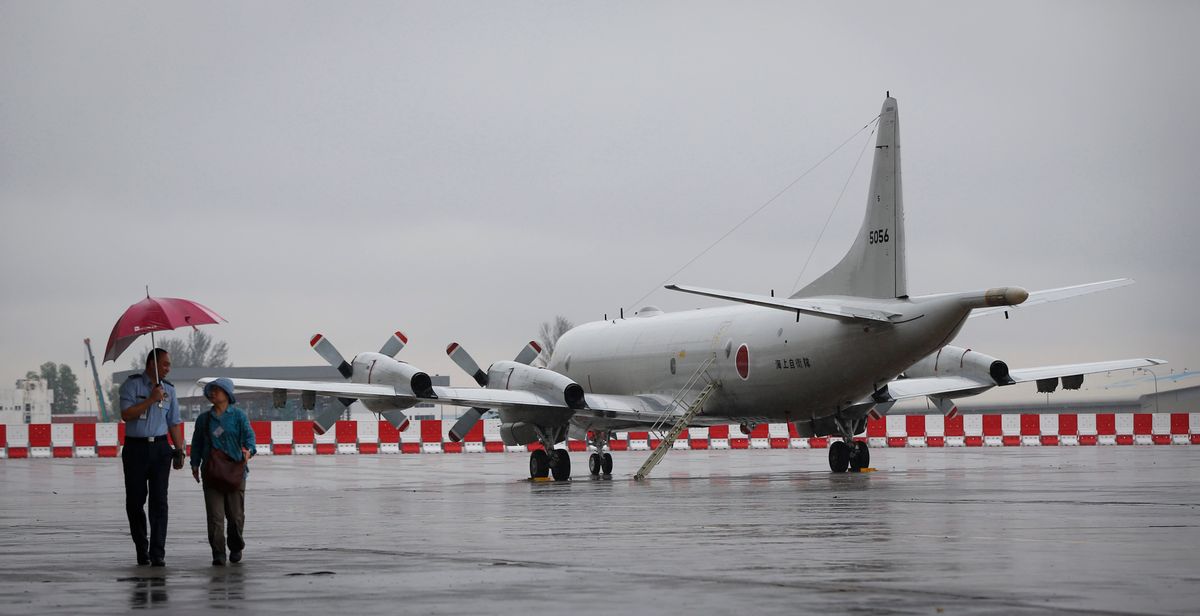 "Your iPhone is more powerful than the evidence-collecting computers in the cockpit."

That's what the Guardian had to say about the technologies available for tracking airplanes. Whoa.

We carry around cell-phone GPS in our pockets and use Google Earth to peruse the planet. Air travel, you'll be terrified to learn, is way behind the times.

The Aircraft Communications Addressing and Reporting System (ACARS) communicates a variety of information from an aircraft to computers on the ground via radio or satellite. (More on satellites later.) It’s kind of like the computer in your car. It collects lots of data that’s useful for maintenance and performance, and the airline collects that data to track the plane in-flight and to plan for future flights.

Turning off ACARS is difficult. You’d need to climb down into the plane’s hull to remove circuit breakers.

Primary radar detects the approximate position of a plane by sending radio signals toward the aircraft and collects the reflected signal. Primary radar is imprecise, but it's hard to avoid detection.

Secondary radar offers more precision and information by communicating with the aircraft’s transponder. All commercial aircrafts have transponders — short for “transmitter responder” — which receive radar signals and respond with a unique four-digit code. Successive signals and responses generate flight information, like speed and direction, over time, and air traffic controllers use that information to track the plane.

The transponder on MH370 was disabled at approximately 1:21 a.m.

Radar only works so long as an aircraft is within 150 miles of land. After that, pilots use high-frequency radio to maintain contact with air traffic control and with other planes.

The last radio contact with MH370 happened at 1:19 a.m., when someone in the cockpit told air traffic control, "All right, good night."

Military radar systems track everything that flies. But they’re not always in use and militaries don’t pay much attention to commercial flights unless there’s a security reason.

MH370 managed to fly across three Malaysian air force radar installations without anyone noticing. A week later, a review of the radar data revealed that MH370 was still flying at 2:15 a.m. south of Phuket island in the Strait of Malacca.

Militaries from neighboring nations are now looking back at their own radar data.

It’s been reported that a satellite communications company called Inmarsat picked up a signal from MH370 at 8:11 a.m., seven hours after the plane took off. What does that mean?

Here is where ACARS comes back in. A satellite expert has come up with a neat analogy to explain it:

Think of ACARS as a cell-phone app like Twitter. When you are home, you pull up Twitter on your phone and send tweets that are transmitted via your home broadband WIFI. When airplanes are over land, their ACARS messages transmit to the ground via VHF radio.

Now you leave your house and you use Twitter via your mobile provider’s network. Let’s say AT&T. If you disable Twitter, that doesn’t mean AT&T stops communicating with your phone. And even if you’re not transmitting data (say you’re standing in one place doing nothing for a while), AT&T will ping your phone to see whether it needs to allocate data resources to your phone.

ACARS works similarly. If you have a contract with Inmarsat (like a cell plan) that allows you to transmit ACARS messages via satellite, Inmarsat will periodically ping the satellite terminal on-board to determine whether it’s active. Even if you turn off the ACARS app, Inmarsat pings your terminal.

That’s what happened at 8:15 a.m. Even though ACARS had been disabled, MH370 was telling the Inmarsat satellite that it was active. Fixing a position based on this data, which Inmarsatcalled "routine, automatic signals" in a press release, is very difficult.

The use of radar to track planes will very soon be replaced by a technology called Automatic Dependent Surveillance-Broadcast (ADS-B). It's already in-use on 60 percent of the world's passenger planes and it's the reason you can play around with live flight trackers likeFlightRadar24.

MH370 might be just the motivation that airlines need in order to invest in GPS and satellite tracking.

Meanwhile, while we wait for airlines to adopt technology that's been adopted by everyone else in the world for just about any purpose imaginable, we might not know what happened on MH370 until we recover its flight recorder, or "black box," which carries information about the flight and can tell investigators a lot about what went wrong. The Guardian recently called the black box "one of the most galling anachronisms of modern aviation technology." You'd think that such an important piece of equipment would be equipped with a GPS transponder. No.

But it does emit an ultrasonic signal. #thefuture