Climate scientists are not pleased with Nate Silver's new hire 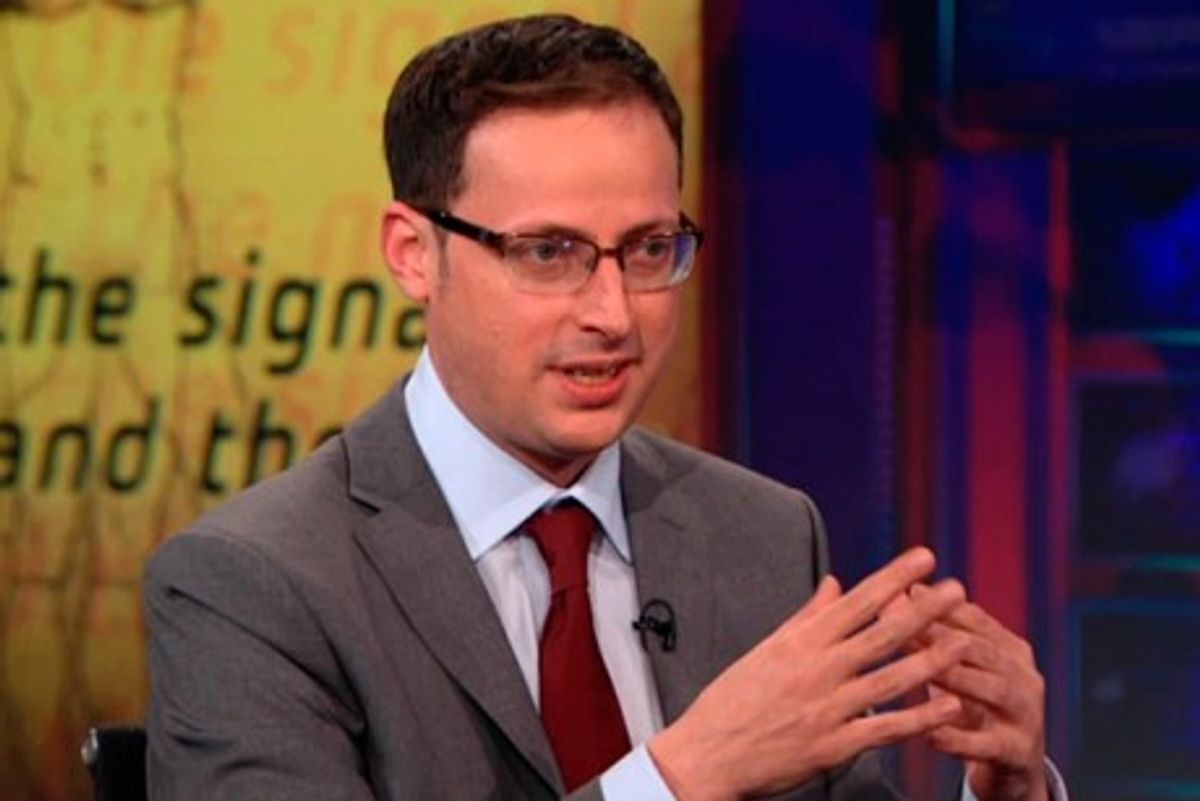 Adding to the high-profile flak that's accompanied the launch of the new FiveThirtyEight, climate experts are none to happy with Nate Silver's choice of science writer Roger Pielke Jr., a professor of environmental studies at the University of Colorado Boulder, who has been characterized as an inept, and potentially biased, handler of climate data.

ClimateProgress reports on Pielke's "long history of data distortion and confrontations with climate scientists." Among them, Kiley Kroh writes:

Pielke's first piece, posted Wednesday morning, appears to be no exception. In it, he takes on the link between extreme weather and climate change, challenging the idea that "worthy and useful efforts to mitigate climate change will lead to fewer natural disasters":

When you read that the cost of disasters is increasing, it’s tempting to think that it must be because more storms are happening. They’re not. All the apocalyptic “climate porn” in your Facebook feed is solely a function of perception. In reality, the numbers reflect more damage from catastrophes because the world is getting wealthier. We’re seeing ever-larger losses simply because we have more to lose — when an earthquake or flood occurs, more stuff gets damaged. And no matter what President Obama and British Prime Minister David Cameron say, recent costly disasters are not part of a trend driven by climate change. The data available so far strongly shows they’re just evidence of human vulnerability in the face of periodic extremes.

Wrong, climate scientist Michael E. Mann told Salon via email. Mann, who voiced concern over Pielke in the ClimateProgress piece, and who has taken issue with Silver's approach to climate science in the past, explained that Pielke takes a controversial approach to analyzing the data, in which he "assumes that damages increase with population, but ... completely ignores technological innovations (sturdier buildings, hurricane-resistant structures, etc) that have served to reduce societal vulnerability, thus likely masking some of the aggravating impacts of climate change."  In so doing, Mann explains, Pielke "likely removes the climate change signal in natural disasters that he claims to not be able to find."

"Pielke’s piece is deeply misleading," Mann said, "confirming some of my worst fears that Nate Silver’s new venture may become yet another outlet for misinformation when it comes to the issue of human-caused climate change." And that's one thing we definitely don't need any more of.