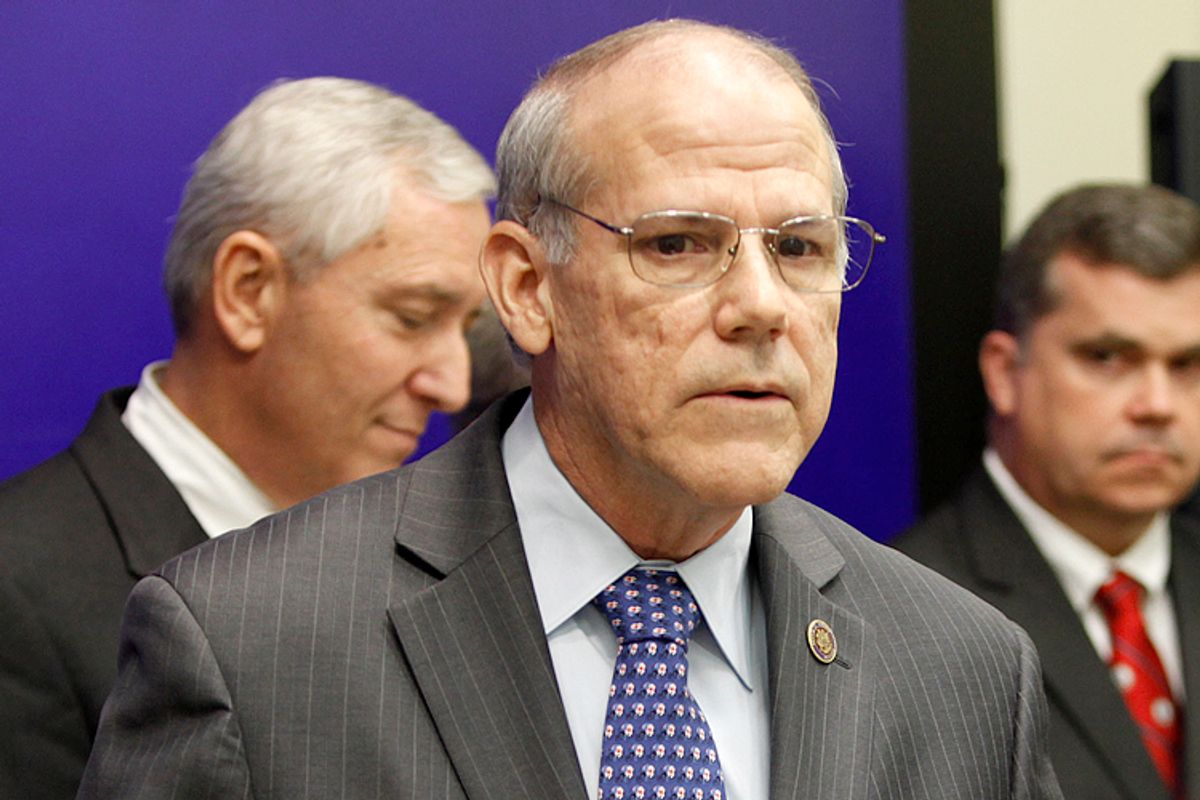 According to the Virginia Pilot, Ruff made the "tar baby" remark on Tuesday while explaining his opposition to expanding Medicaid in the state. Ruff reportedly compared the expansion plan, which would rely heavily on federal funding (as is the case for all Medicaid expansions undertaken via Obamacare), as a "tar baby" that would become a problem for the state at some point in the future.

Ruff apologized on Wednesday, insisting "he meant nothing racial" with the remark and that he simply thought of the phrase as a synonym for "a sticky situation." The Democratic Party of Virginia has requested Ruff put forward a formal apology.

As TIME explained in 2006, while the term "tar baby" can mean "sticky situation," it also was used in 19th century Uncle Remus African American folklore stories. Those tales are told from the perspective of rural blacks living in post-Reconstruction South.

Ruff is not the first politician to face some controversy for using the phrase. Back in 2006, then-White House Press Secretary Tony Snow deflected a question about the government collecting phone records, saying he didn't "want to hug the tar baby of trying to comment on the program." During the same year, then-Massachusetts Gov. Mitt Romney (R) apologized for using the term to describe a troubled Boston highway tunnel project.