The 5 most horrifically embarrassing cable news stories about Malaysia Airlines

Search teams may be closer to finding missing Flight MH370, no thanks to CNN's Don Lemon and Fox News 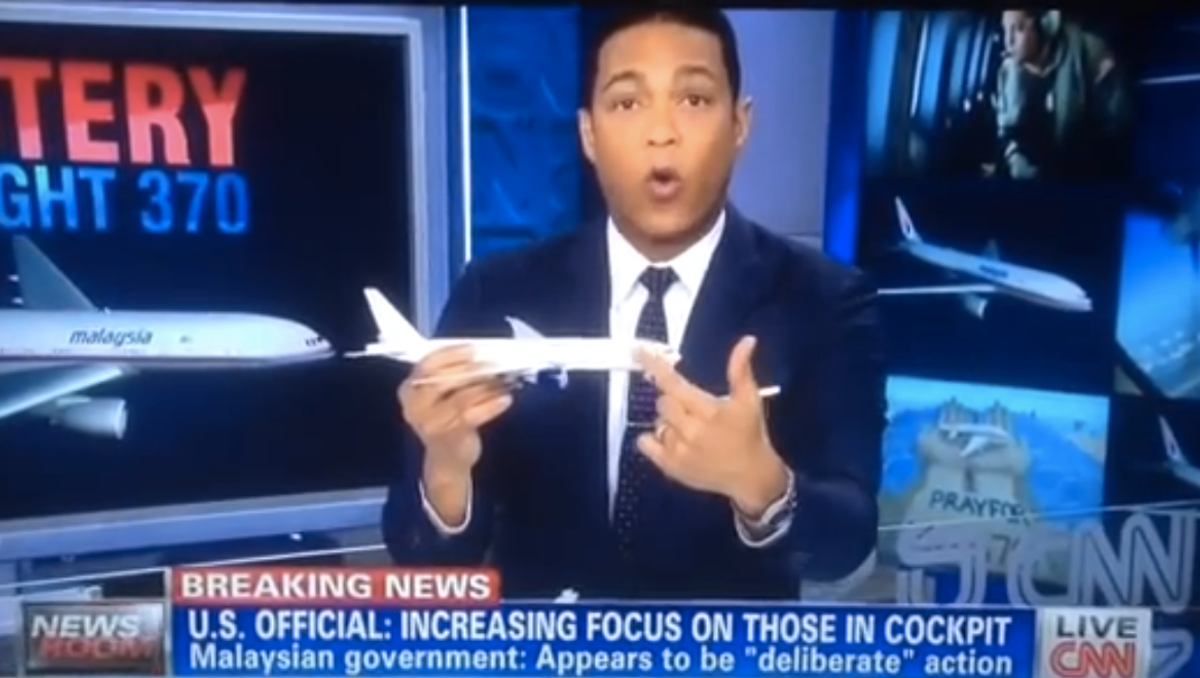 CNN's ratings have surged with its mass speculation over what happened to the missing Malaysia Airlines Flight 370. The network's around-the-clock coverage of the plane's disappearance turned it from the self-appointed standard of "The most trusted name in news," to the most teased name in hysterical theories. Of course CNN wasn't the only network with ridiculous coverage of the tragic disappearance of a plane carrying 239 people. Fox News also chipped in with two bizarre segments.

These segments turn a confusing tragedy into a conspiracy theory platform, which is rather insensitive to those who have missing loved ones. From Don Lemon playing with a plastic plane, to references to Noah's Ark, these are the top five worst examples of "news."

Don Lemon gives credence to conspiracy theorists by asking an expert if a black hole could have caused the plane's disappearance:

Well, if it wasn't a black hole, what could it be? Maybe something "supernatural":

Fox News doubles down on its "hijacked and somewhere in Pakistan" theory:

Fox's Bill Hemmer makes a strange biblical reference, saying that it took "2,000 years to find Noah's ark" so they may never find the plane:

And back to CNN's Don Lemon, who decided to use a toy plane to illustrate different Malaysia Airlines Flight 370 scenarios: