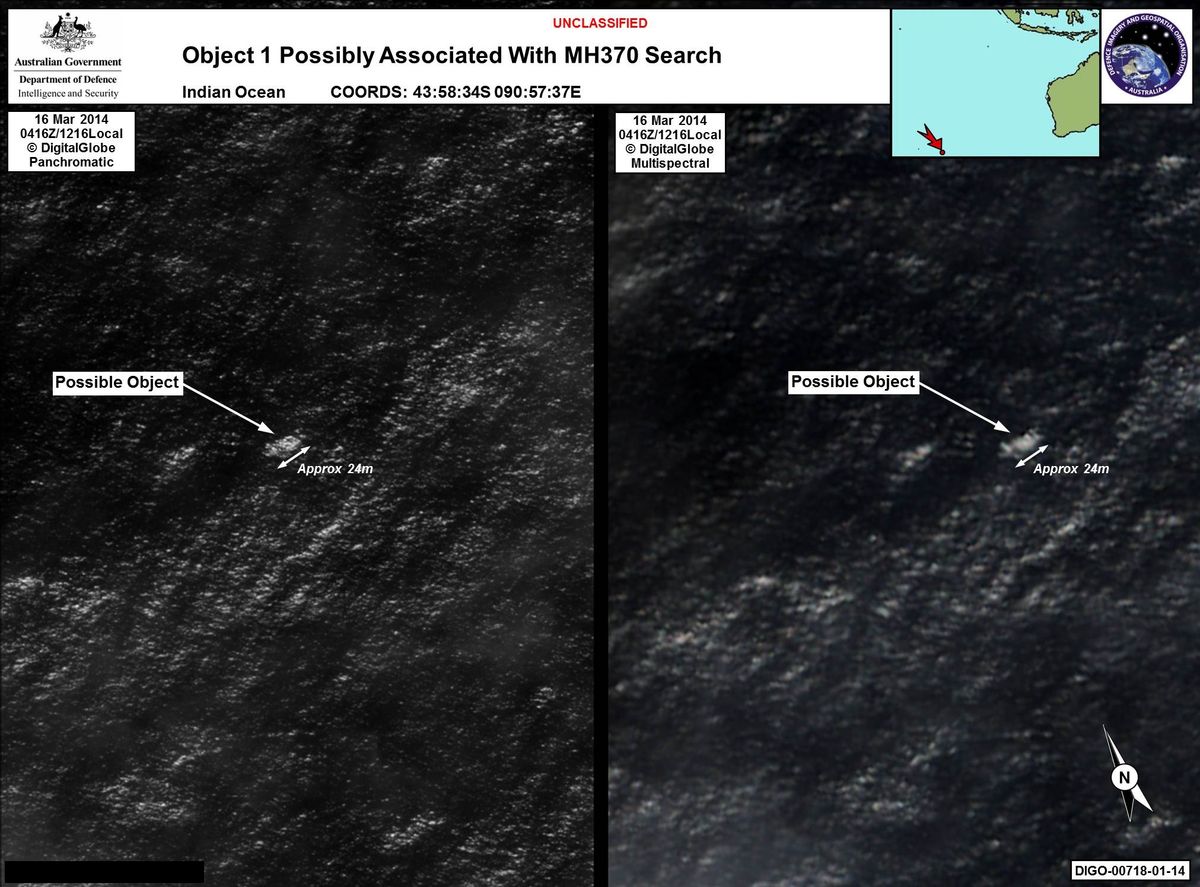 On Thursday, March 20, Australian Prime Minister Tony Abbott addressed the Australian Parliament saying that two objects had been detected in satellite imagery. The objects were detected in the southern Indian Ocean, which is one of the plausible locations for missing Malaysian Airlines Flight MH370.

Australian Maritime Safety Authority’s John Young said, “This is a lead. It is probably the best lead we have right now.” The objects were not described in shape, color or identifiable markings. However, one is believed to be 24 meters or 79 feet. “They are credible sightings," Young said. "The indications to me are of objects that are of reasonable size and awash with water.”

Despite this possible break in the nearly two-week search for the missing Malaysian plane and the 239 people on board, Prime Minister Abbott cautioned, “We must keep in mind the task of locating these objects will be extremely difficult, and it may turn out that they are not related to the search.” Malaysian Prime Minister Najib Razak also released a statement saying, “Australian officials have yet to establish whether these objects are indeed related.”

Since this announcement, which happened while much of the Eastern United States was sleeping, several planes and ships have been dispatched to search the area of the satellite-located debris. According to a release from the Australian Maritime Safety Authority, at 3:30 Australia Eastern Daylight Savings Time, "Four aircraft have been reoriented to the area 2500 kilometres south-west of Perth as a result of this information."

Two planes are Royal Australian Air Force Orion aircraft, one is from the Royal New Zealand Air Force (also an Orion) and one is a U.S. Navy P8 Poseidon. ABC News correspondent David Wright was aboard the Poseidon plane. He tweeted that the three hours spent patrolling the area with sophisticated detection instruments along with visuals detected no sign of the debris.

The Guardian is also reporting that the first Australian search plane came back without spotting the debris.

An RAAF C-130 Hercules aircraft has also been tasked with dropping buoys at the sight. According to the press release, "These marker buoys assist RCC Australia by providing information about water movement to assist in drift modelling (sic). They will provide an ongoing reference point if the task of relocating the objects becomes protracted."

A merchant ship in the area was also recruited to search for the debris in the area. According to the Guardian, a Norwegian ship Hoegh St. Petersburg was on its way to Melbourne from Madagascar when it was asked by Australian authorities to help out. The ship was the first to arrive on the scene.

The Guardian also reported that pilots are faced with poor weather conditions in the area, and reduced visibility.

The plane took off from Kuala Lumpur early on March 8, 2014, and never arrived to its destination in Beijing. Strange circumstances have surrounded its disappearance, including a blunt change in trajectory along with turned off, or failed, transponders. There has been much speculation of what happened to the plane.

According to the New York Times, the FBI is helping Malaysian officials retrieve data from one of the pilot's in-home flight simulator. Data from pilot Zaharie Ahmad Shah's simulator was found to have been wiped on Feb. 3. This could, of course, have just been routine computer cleanup. Officials hope that the missing data will shed some light on the pilot's activities.