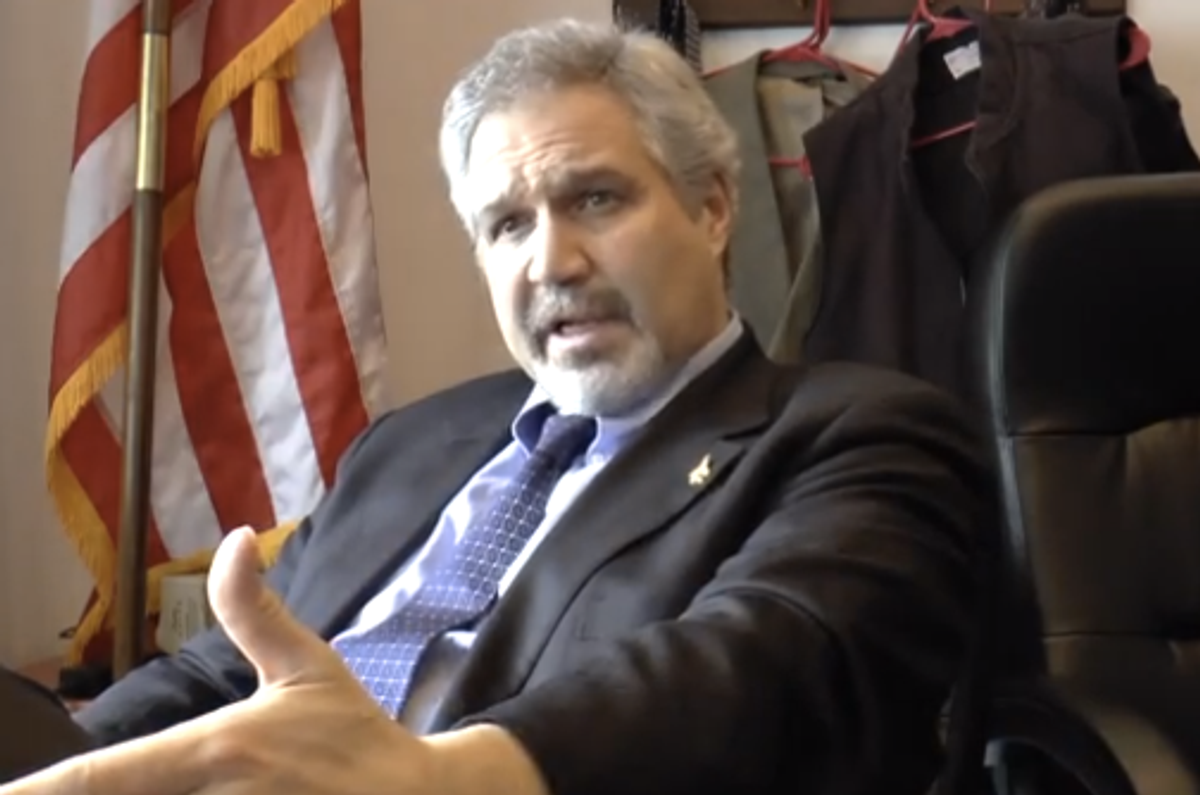 An Alaska Republican is pushing to put free pregnancy tests in bars in order to discourage pregnant people from drinking, but thinks that providing no-cost birth control in the same manner is "social engineering."

In an interview with the Anchorage Daily News, state Sen. Pete Kelly explained his dream of putting pregnancy tests in public restrooms thusly: "So if you're drinking -- if you're out at the big birthday celebration and you're kind of like, 'Gee, I wonder if I ...,' You can just go in the bathroom and there should be a plastic, Plexiglas bowl in there [filled with free pregnancy tests.]"

While I'm not entirely convinced that clubgoers will feel inclined to piss on a stick in the middle of a "big birthday celebration," I'm definitely in favor of making pregnancy tests free and widely available in places like public restrooms. (A savvy Alaskan would be well served to stash a few of the free tests to have on hand at more convenient, less public moments.)

"No, because the thinking is a little opposite. This assumes that if you know, you'll act responsibly. Birth control is for people who don't necessarily want to act responsibly," he explained. "That's -- I'm not going to tell them what to do, or help them do it, that's their business. But if we have a pregnancy test, because someone just doesn't know. That's probably a way we can help them."

When the person interviewing Kelly suggested that using birth control may also be responsible, Kelly replied, "Maybe, maybe not. That's a level of social engineering that we don't want to get into. All we want to do is make sure that people are informed and they'll make the right decision."

Speaking of making sure that people are informed, school districts in Alaska are not required to teach students about issues of sexual health and awareness; as a result -- many do not.

(And yes, Kelly really did comment that Alaska may "down the line" consider detaining pregnant people who drink alcohol. For more on the alarming national trend of criminalizing pregnant people deemed a threat to their fetuses, you can read about the current assault on the rights of pregnant people.)