Breaking: Truckers who haul for Costco and Forever 21 land victory against corporate crime 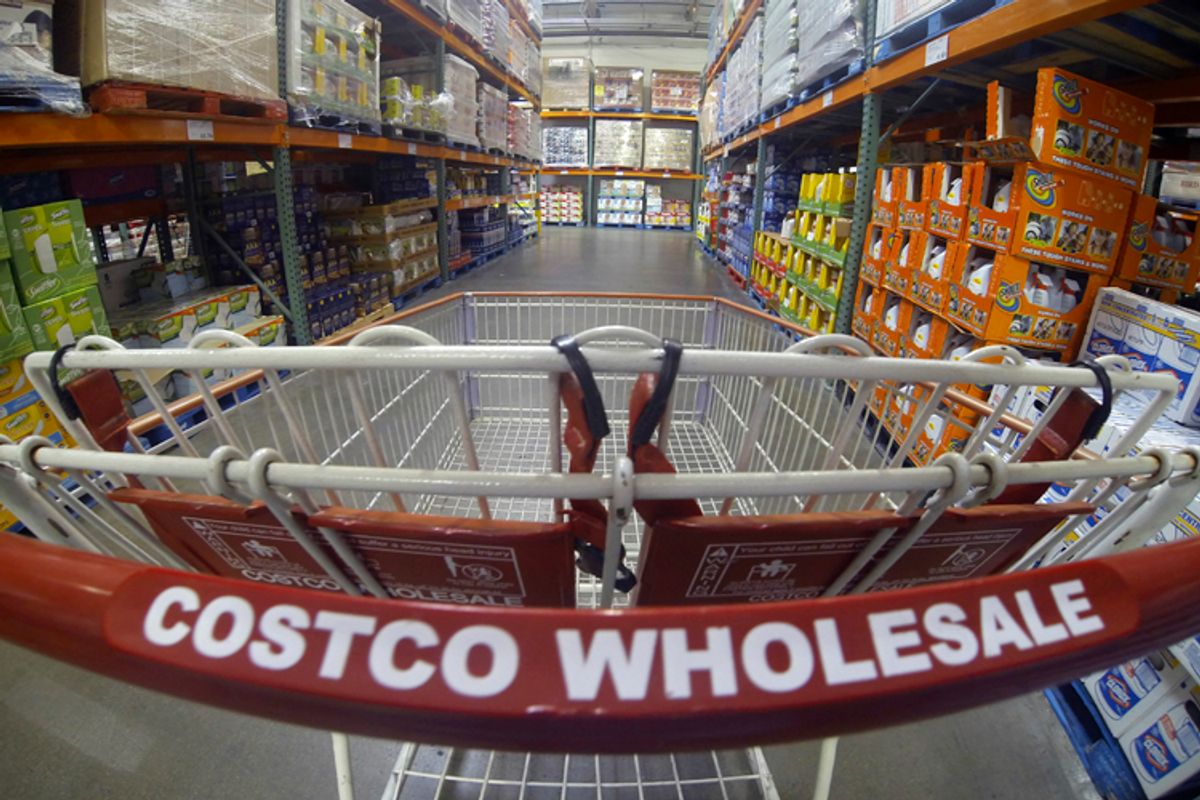 Truck drivers who haul goods from the Port of Los Angeles to companies including Costco and Forever 21 – part of a growing army of workers who aren’t considered “employees” under U.S. law – plan Friday to announce a legal settlement they hope will help spur unionization.

A settlement with California-based logistics company Pacific 9 Transportation means that its port truckers, who’ve been classified as “independent contractors,” will now secure the rights restricted to “employees,” according to the Teamsters union. That includes -- at least on paper -- the right to union recognition and collective bargaining if the union proves majority support in a government-supervised election.

“Now that the government has validated what I’ve always known – that I am misclassified as an independent contractor – I have the rights of an employee and can fight for better conditions at work and a better future for my family through a Teamster contract,” Pac 9 driver Amador Rojas said in an emailed statement. Pac 9, Costco, Forever 21 and the NLRB did not immediately provide comment in response to Friday inquiries.

The Pac 9 settlement follows charges of misclassification, wage theft and retaliation workers filed with the California Labor Commission and the National Labor Relations Board, and – as Salon first reported – a one-day November strike. It comes amid a multi-pronged effort by the Teamsters and the Change to Win union federation to transform the virtually union-free industry, including pressure for state and federal legal reforms; legal charges and workplace activism among the majority of port truckers who aren’t considered legal employees; and unionization campaigns among the minority who are. The Teamsters have won union recognition among employees of the Australian logistics giant Toll Group in New Jersey and California. Those campaigns were marked by mandatory anti-union meetings and alleged retaliatory firings of union activists; Teamster tactics included leafletting customers of a Toll client, mobilizing support from Australian organized labor, and mounting “practice pickets.” As with the settlement being announced today, the Teamsters have sought to leverage their traction at Toll to fuel broader workplace, media, legal and political pressure on the larger industry.

“Like employees, they tell us where to go,” Pac 9 driver Jose Galindo told Salon in Spanish before joining November’s strike. But “we pay for gas, tires, maintenance” out of pocket, even though the company owns the trucks. In contrast, he said, “If we were classified as employees, we’d gain protections under the law that would help us improve our lives.”