"Malaysian Airlines deeply regrets that we have to assume beyond any reasonable doubt that MH370 has been lost..." 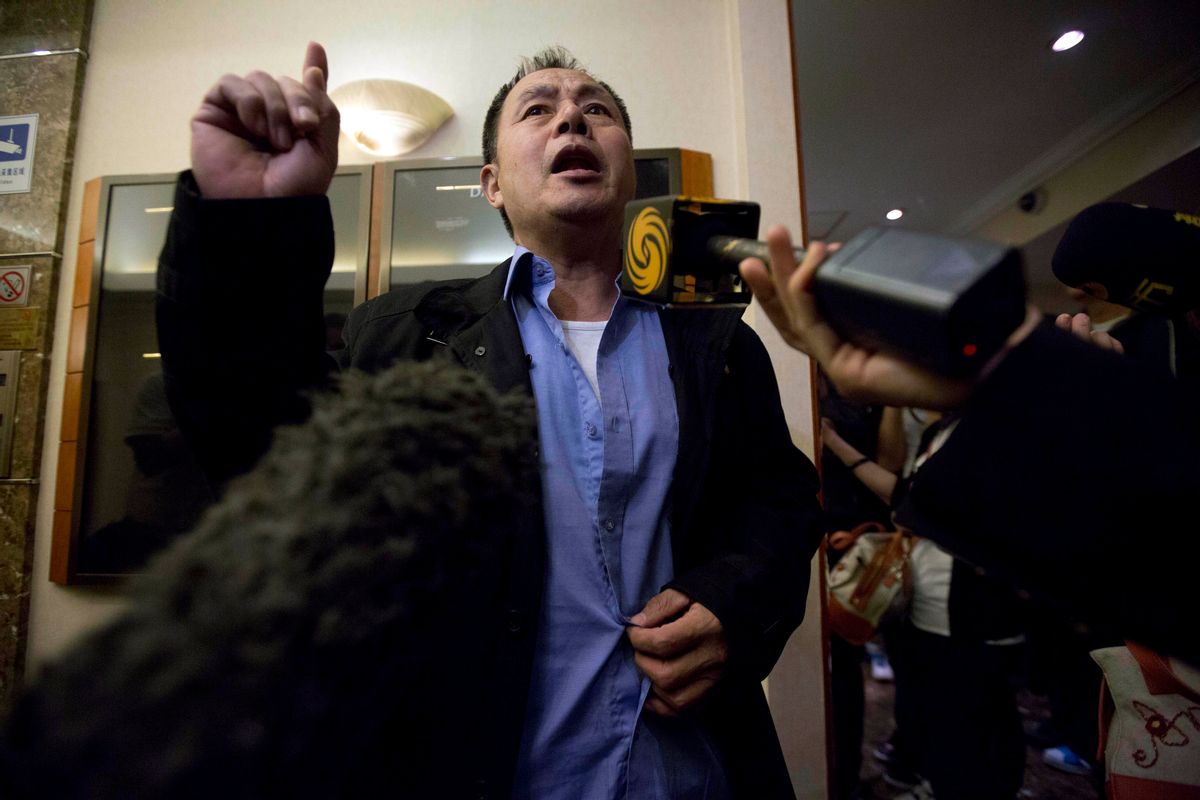 Before Malaysian Prime Minister Najib Razak's 10:00 a.m. Eastern Time press conference, families of those on board the missing plane received the following text message according to NBC's Adrienne Mong:

Prime Minister Najib Razak gave a brief statement today saying that in light of new satellite analysis, it has been determined that Malaysian Airlines Flight MH370 was lost, and that there were no survivors. "It is therefore with deep sadness and regret that I must inform you that, according to this new data, Flight MH370 ended in the southern Indian Ocean," he said.

According to an MSNBC correspondent in Bejiing, Keir Simmons, the Malaysian government was trying to get the message, and any updates, out to relatives in Beijing prior to Prime Minister Najib Razak's announcement. According to BuzzFeed there were texts, phone calls and in person briefings along with counselors being made available to the families.

The plane left Kuala Lumpur on March 8, in the early morning, and did not arrive at its destination in Beijing, China. The plane was carrying 227 passengers and 12 crew members. Strange circumstances have surrounded its disappearance: 40 minutes into the flight transponders shut off and the plane made an abrupt change in course, flying west.

UPDATE: The following statement from Malaysia Airlines has been obtained by Sky News: