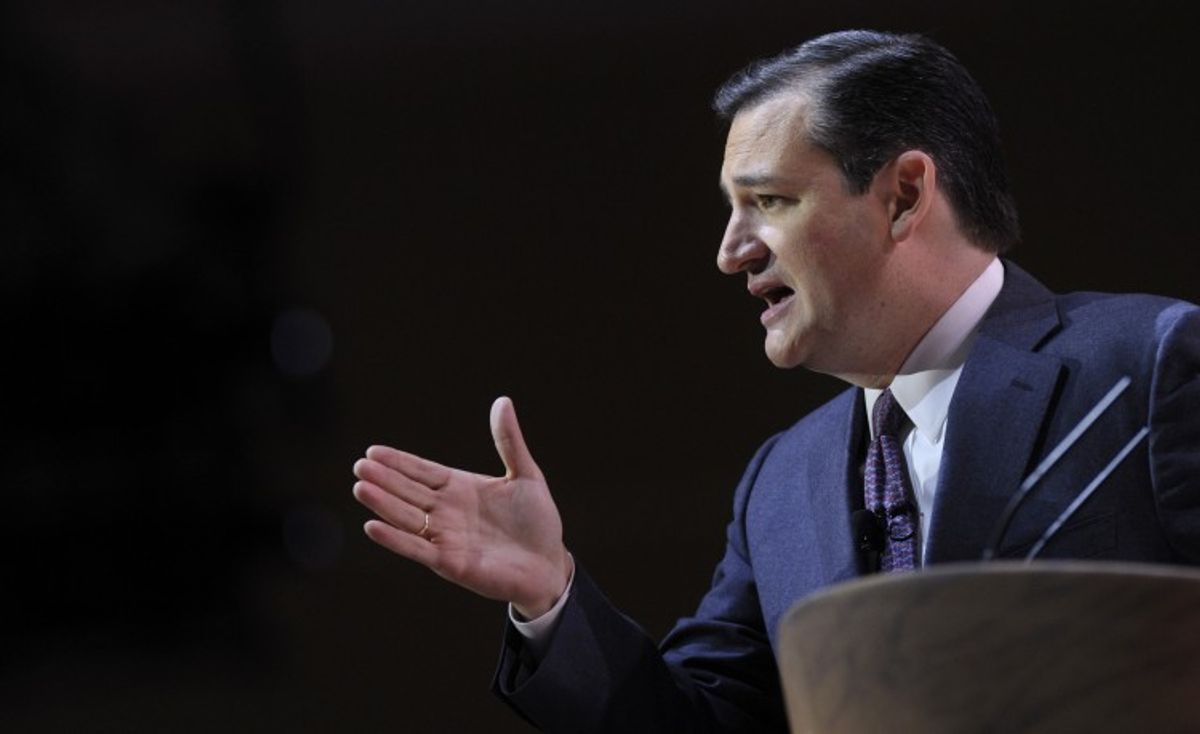 Last week, Texas Sen. Ted Cruz, a Tea Party favorite and likely 2016 presidential candidate, was in Los Angeles to accept an award from the conservative Claremont Institute. The award is called the Statesmanship Award and was delivered to Cruz as part of the institute's annual dinner honoring Winston Churchill.

At one point, though, Cruz launched into a brief imitation of Churchill, pretending to be the former British prime minister delivering one of his famous Word War II speeches. Judged against a standard of what Winston Churchill actually sounded like, the impression was a total disaster. But if we judge the impression by a different standard, it has its virtues.

For example, as the Vine video from BuzzFeed's Andrew Kaczynski below can attest, Cruz's Churchill was an absolute success if the standard used is one that privileges the ability to make its listener go insane over more traditional measurements, like accuracy.

Seriously, try to watch  the video below (with the sound on!) more than 10 times in a row without going completely bonkers. Or don't — especially if you haven't gotten health insurance yet.