Fox News judicial analyst Andrew Napolitano comments on the Hobby Lobby case, and is apparently very bad at his job 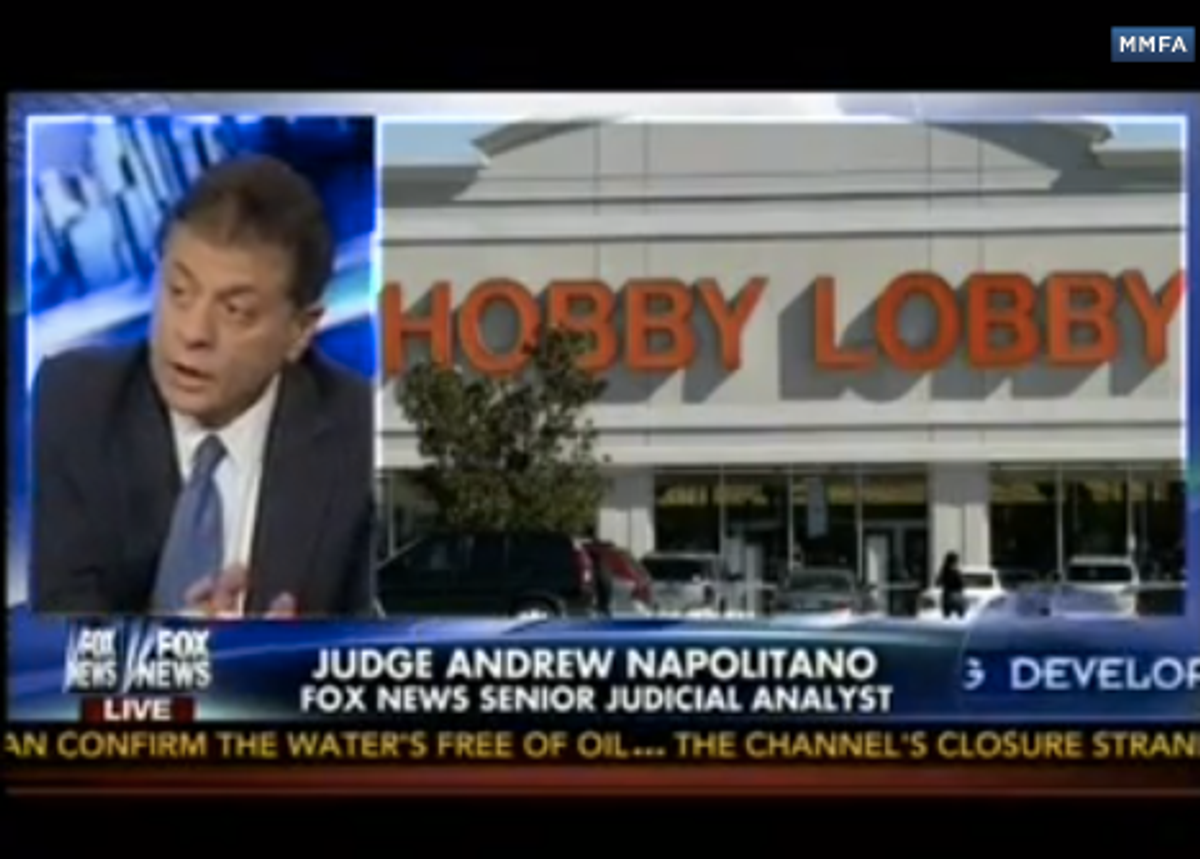 The United States Supreme Court is moments away from hearing oral arguments in Sebelius v. Hobby Lobby Inc., but Fox News seems baffled by even the most basic facts about the closely watched case.

On Monday night, Fox News judicial analyst Andrew Napolitano claimed (incorrectly, though probably willfully) that "abortion and euthanasia" are part of the contraception mandate under the Affordable Care Act currently being challenged by Hobby Lobby.

As everybody knows, Napolitano is completely wrong.

Hobby Lobby sued the federal government because it does not want to provide employees with Plan B One-Step, Ella (another brand of emergency contraception) and two forms of intrauterine devices. The owners of Hobby Lobby, like many other anti-choice Christians, have incorrectly labeled these methods of birth control and emergency contraception as abortion-inducing drugs.

As for the euthanasia claim, it's hard to imagine how Napolitano made that jump since end-of-life care has nothing to do with contraception. But, as Zachary Pleat at Media Matters points out, the only time physician-assisted suicide is mentioned in the new healthcare law is in a section on the protections in place for medical providers and insurance companies that choose not to participate in or provide such services.

Now that we've cleared all of that up, you can watch Napolitano sound like a total banana brain here: