Obama to call for NSA reforms, but the surveillance state prevails

While moving bulk collection of phone data out of NSA hands would be significant, we will not have won our privacy 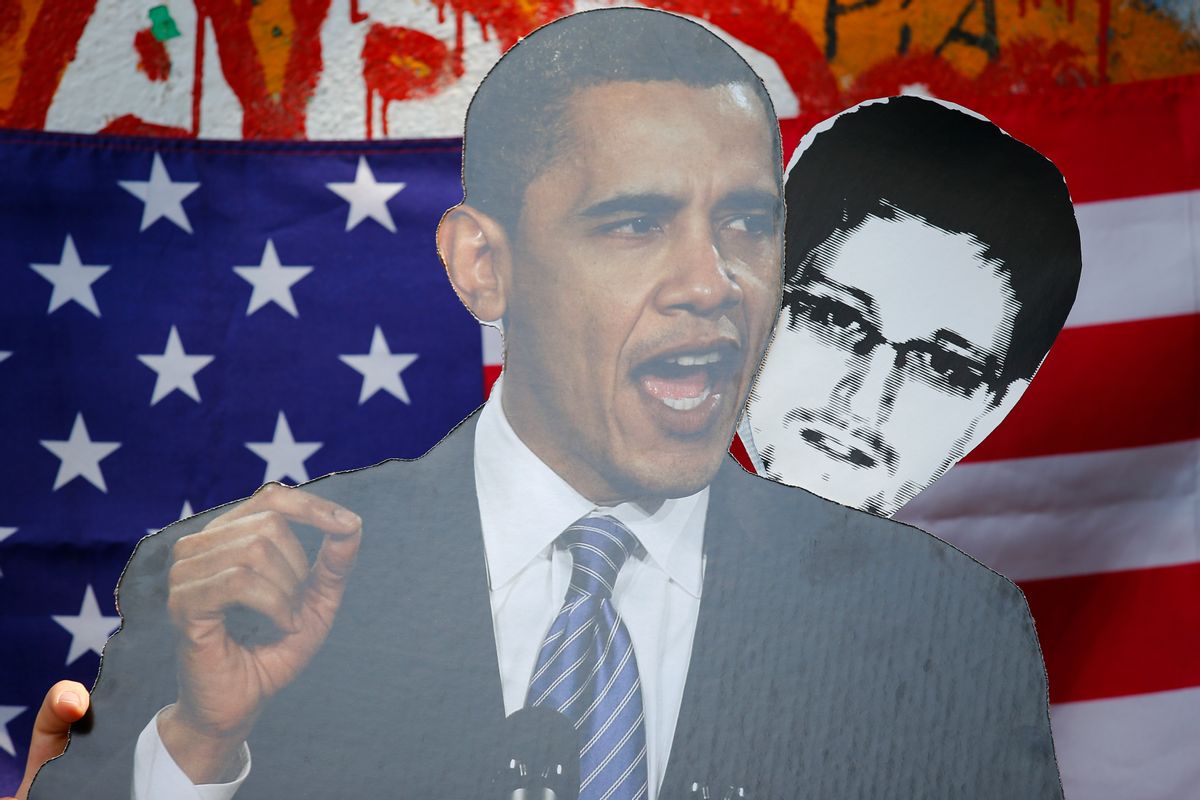 Reports from the New York Times late Monday indicate that -- as has been demanded by privacy advocates -- the Obama administration will call for the end of NSA bulk data collection of Americans' phone records.

Outcry last summer followed the revelations, based on Edward Snowden's leaks, that the spy agency was hoarding the phone data of ordinary Americans through the so-called PRISM program, a mass surveillance practice enabled by post-9/11 paranoid national security legislation.

According to sources speaking anonymously to the Times, the White House will call for the NSA phone records to be held for no longer than 18 months (as opposed to the current five years) by telecoms firms, not the government. The data will remain, however, in NSA surveillable form at all times.

Privacy advocates have pushed for this sort of reform for understandable reasons: It would be a better state of affairs if government agencies had to offer at least some grounds of suspicion to directly access and peruse Americans' communications data. If the reforms follow the advice of a White House advisory panel,  the NSA would be able to access the records only by obtaining separate court approval for each search, though exceptions could be made in the case of a national security emergency. But these proposed reforms, as I've noted again and again, belong in the predictable terrain of realpolitik to be expected of a face-saving executive in the wake of public outcry. Such reform would entail not the end but the privatization of bulk data collection. Yes, it would limit direct government access to this data, but I am hardly reassured that the court approval for accessing records would be any less furtive than the shadowy activity of the U.S.'s spy courts to date; the grounds for "emergency" as tenuous and veiled as any war on terror claims to "imminent" danger.

Obama's likely reforms seem to be about fiddling with existing surveillance practices to garner public confidence. Structural change to the corporate-government surveillance nexus is not on the cards. The president himself hinted to the fact the NSA reform was as much about the spectacle of checks and balances as anything. In late December he said, "There are ways we can do it, potentially, that gives people greater assurance that there are checks and balances — that there’s sufficient oversight and sufficient transparency." He commented that bulk collection programs like PRISM “could be redesigned in ways that give you the same information when you need it without creating these potentials for abuse.” The White House's interest here is in offering "assurance" to the public, while maintaining a national security state as fierce as ever.

When the proposal to end NSA bulk phone data collection was first made, I made the following comment, which I repeat here in light of new reports on coming reforms: