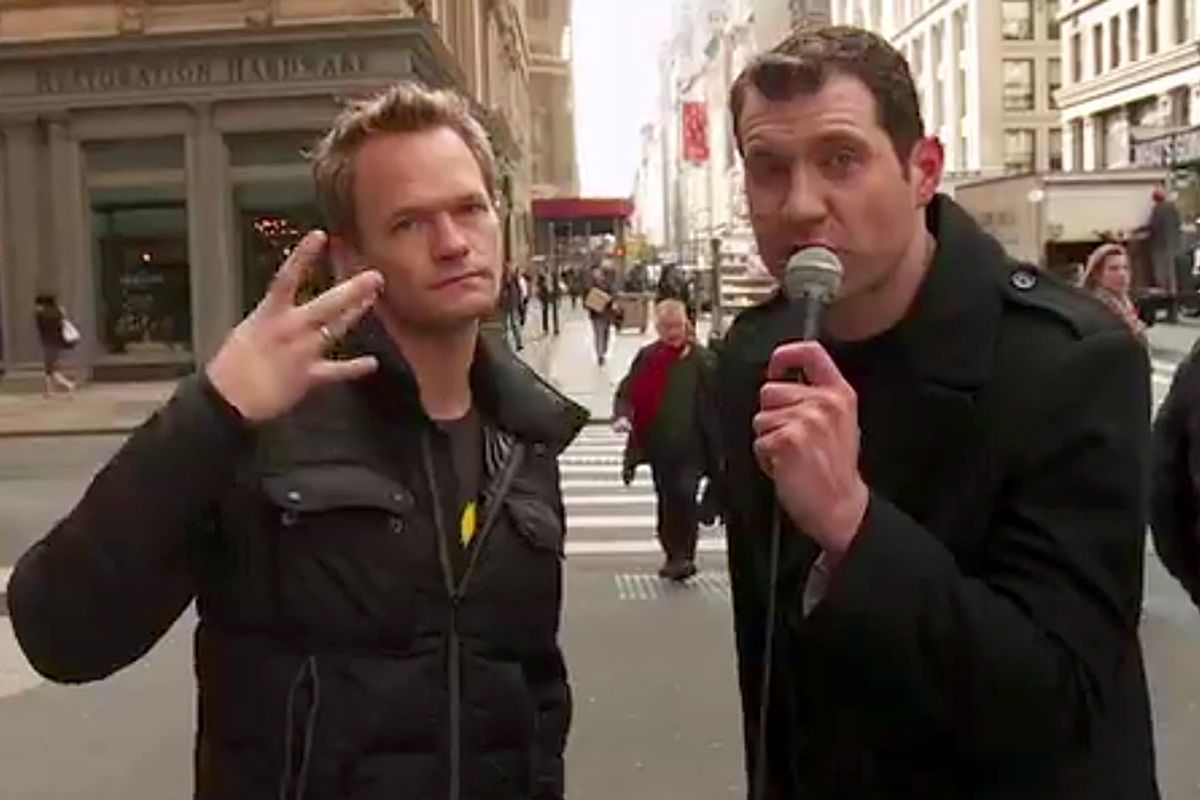 "How I Met Your Mother" concludes its nine-season run on March 31, so naturally, the show's star Neil Patrick Harris and "Billy on the Street" host Billy Eichner celebrated by running around by yelling at New Yorkers. The result is pure hilarious/madness. What will happen to the show's actors -- specifically, what will happen to Cobie Smulders?