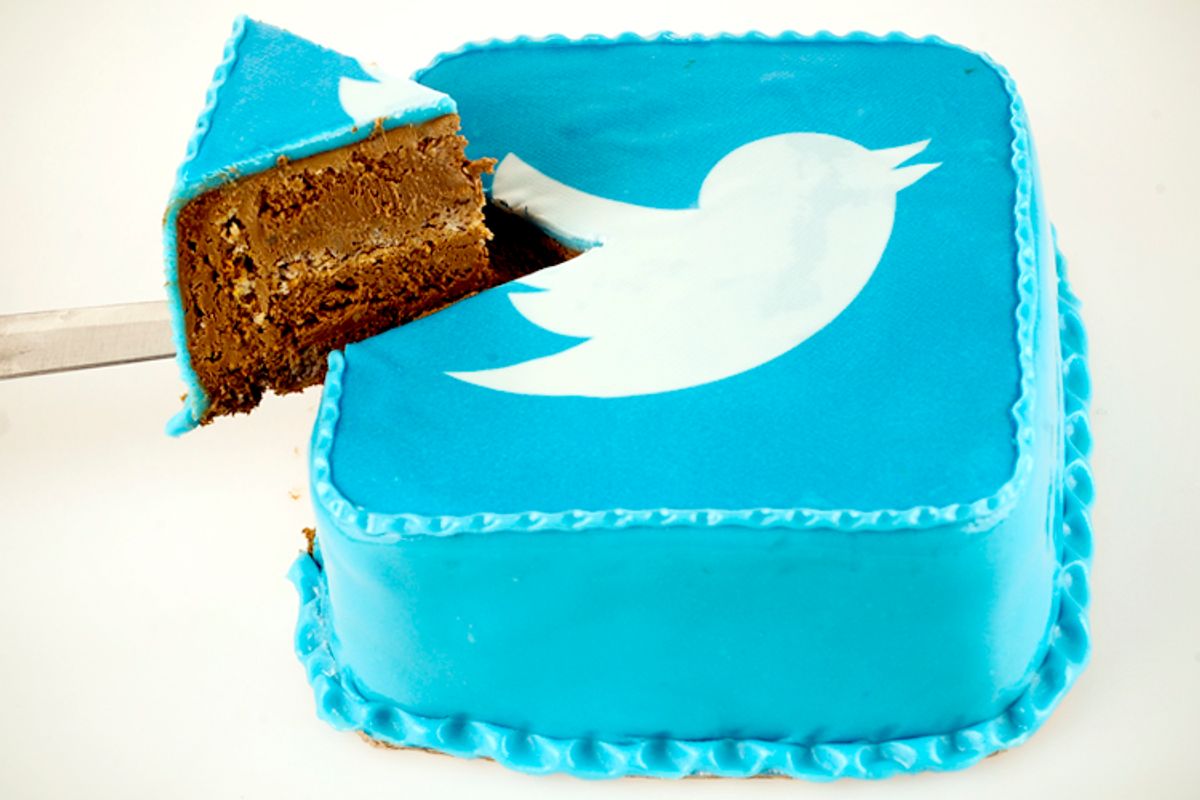 Tweets can now be 140 characters, and up to four photos with tags! All of this (for now) will be in real-time and actual reality. Feels so Facebook circa 2007.

Today the microblogging site announced that it is adding new mobile features, and if you are an iPhone user you can update the app and try them out right now. Users will be able to create a photo collage with a max of four photos and tag up 10 people in them.

Users will get a notification if they are tagged in a post. If you do not change your default settings of who can tag you, anyone can.

Android and twitter.com users will have to wait a short time for the feature according to Twitter's blog.

Twitter and Facebook have each carved out their social media space. Facebook with more than 1 billion users resembles your online home -- crafted, designed, and networked. Twitter resembles a cross between a news-ticker, public organizer and person's stream of conscious. As each social media site ages, they're looking for new ways to be the medium of conversation.

For Facebook that route so far has been buy up other applications -- Instagram, WhatsApp, Oculus VR -- with the promise of "cool." Twitter has been slower (adding Vine to its brand and now photo collages), yet its cultural relevance has held steady enough to be joked about at the Oscars and cause outrage when the site was banned in Turkey.