I disagree that Obama's surveillance reforms are a great victory for privacy. But they should vindicate Snowden 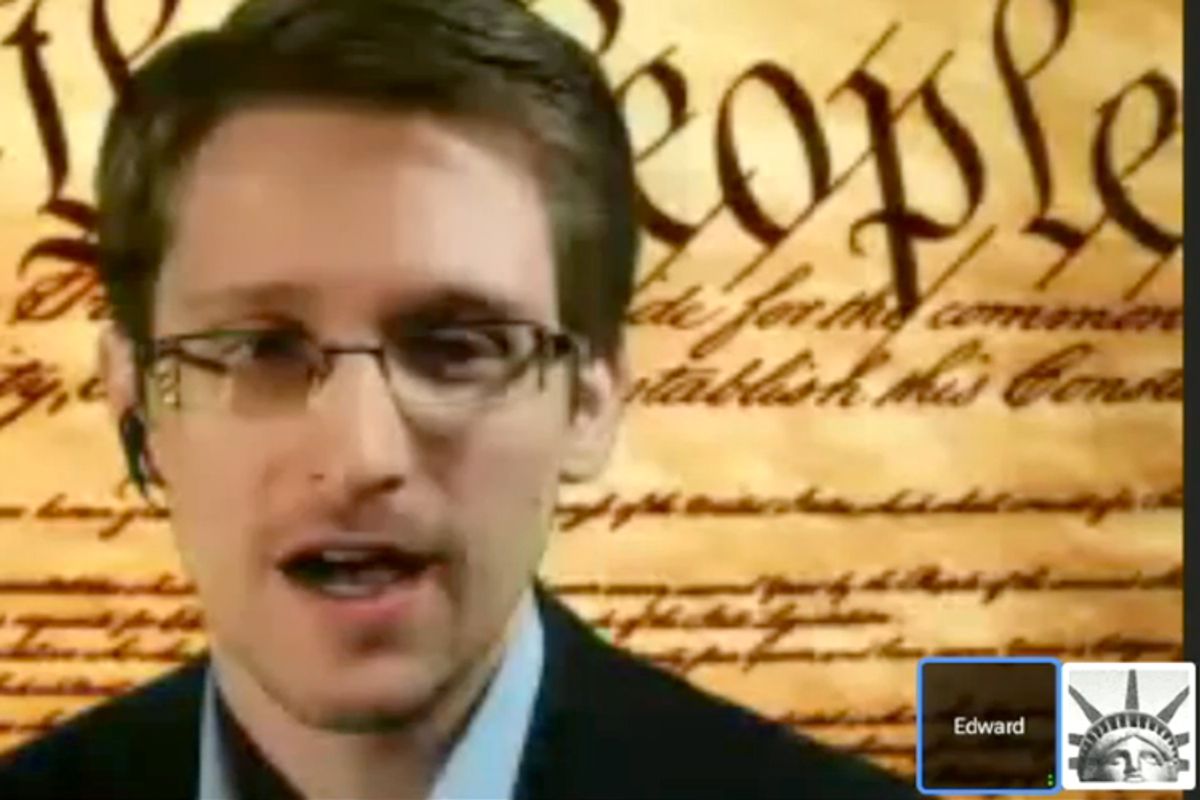 I have written both at length and regularly about the limits I see on Obama's proposed plan to end the NSA's bulk collection of American's phone data. To reiterate and sum up: While an improvement that the spy agency will need to offer some grounds of suspicion before gaining direct access to our phone data, our communications will remain in government-surveillable form and the corporate-government nexus of totalized surveillance under which we live is going nowhere.

But there is one point I do want make today in response to Obama's reform proposals. Above all, the executive branch's recognition that government surveillance practices were in serious need of adjustment can be credited directly (and certainly in terms of timing) to the whistle-blowing of Edward Snowden. The government's scramble to adjust NSA data collection standards is evidence pure and simple that Snowden's leaks have served the public interest. As such, the whistle-blower, currently a fugitive in Russia, should be assured clemency on U.S. soil. Meanwhile, while Obama saves face as a enforcer of privacy protections with little more than a low-level realpolitikal shuffle, Snowden faces Espionage Act charges. The NSA reforms proposed this week will not protect our privacy, but they should play a part in an argument to protect Edward Snowden.