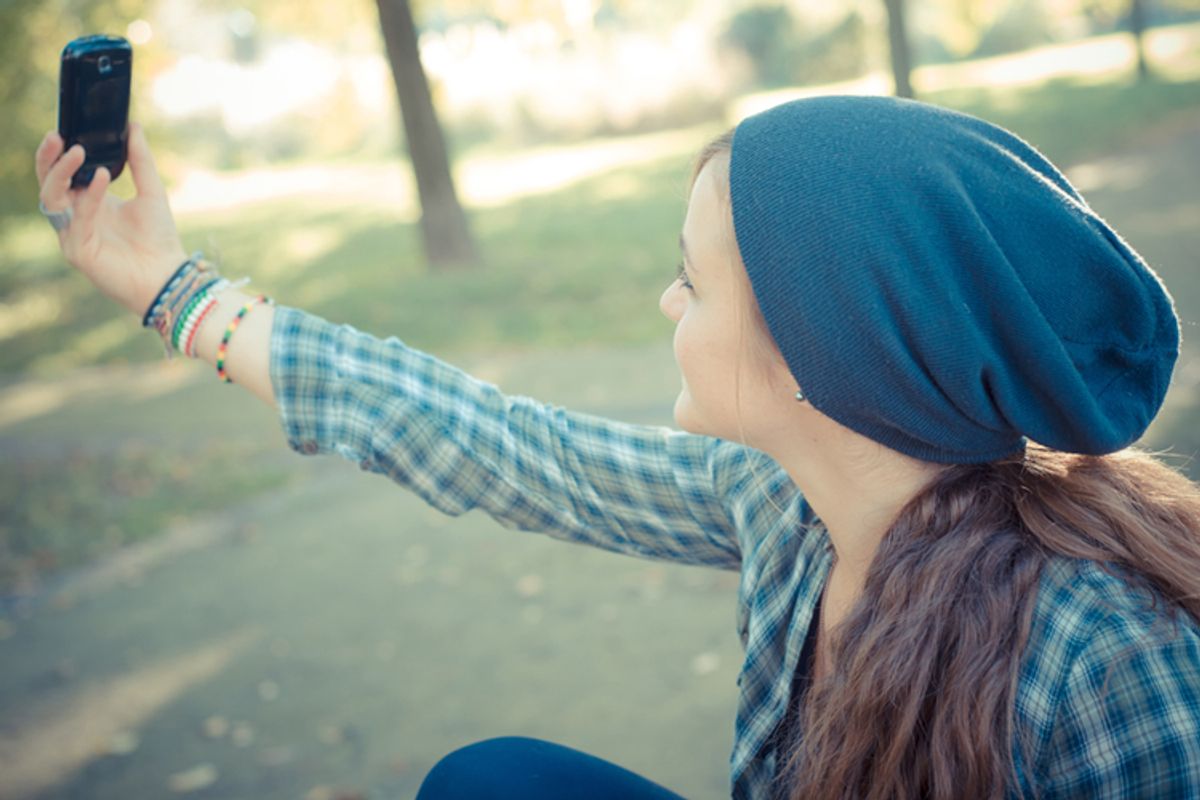 I appreciate the gesture, really. Those pictures with the dudes with nice jutting hipbones, rocking that vintage Red Hot Chili Peppers "nothing but a well-placed gym sock" look? Very nice. Also nice: the ladies with no makeup, showing how beautiful bare can be. I'm just saying, is this really what it takes to make people give a damn about cancer?

This month, two "awareness" campaigns have gone viral and raised millions for research. First, there was #NoMakeupSelfie, raising awareness by encouraging women to post photos of themselves fresh-faced for Cancer Research UK. Though the organization itself didn't spearhead the trend, it's been the happy beneficiary of it. It's already surpassed £8 million (about $13 million) in contributions, and attracted U.K. celebs like Helen Flanagan and Cheryl Cole to jump in. The organization says the monies will help fund 10 trials covering a variety of cancers, "some of which we were previously unable to fully fund or couldn’t afford to fund at all." In a tweet this week, the charity added gratefully it's been "overwhelmed" by the support. And of course, it's spawned a way for men to get in the act, with a #manupandmakeup movement to raise funds for Prostate Cancer UK and "build awareness."

But while faces are all well and good in the cancer awareness camp, it's the revealing and self-explanatory "C--k in a Sock" campaign that's really raised eyebrows and temperatures. With funds also being promised to Cancer Research UK, the trend BuzzFeed calls "excellent" has guys taking almost all of it off in the name of men's cancers. Or as Esquire writes, "Just snap a pic, throw it up there on the Internet, and forget all about it." Curing cancer is easy! And fun! And sexy, so sexy!

I'm usually the last person in the world to argue with hot, nearly naked men. And as someone whose life was unquestionably saved by innovative cancer research, believe me, nobody wants your money more than I. I'm not saying don't give to charity. I'm asking, however, is it also possible to care about people with cancer, to help them, in other ways? Maybe ones that don't reek of self-congratulation? Does everything have to take its cues now from the fight against breast cancer, which has in many devolved into a lengthy nudge nudge joke?

If you as a patient want to dance at your mastectomy, I support you. If you want to run a marathon in a tutu, I applaud you. We get through the experience of cancer however we can, and if other people are raising money that directly helps the cause along the way, swell. But I just want you to know that cancer is not sexy. Cancer is not fun. Cancer is hard and it sucks. As Rowan Pelling wrote Wednesday in the Telegraph, "Why should anyone dictate that looking as stripped as Shaker furniture is the predetermined lot of the cancer patient?… Only an idiot, or a celeb, would buy the 'it’s brave to go barefaced' argument, or the suggestion that you’re making yourself uniquely vulnerable. My good friend Liz has just started radiotherapy and I can think of few things less sisterly, as she’s lying there in her wig being zapped, than suggesting with a full-tressed selfie that I somehow share her pain." You want to help people with cancer? By all means, give your time. Give your money. But I promise, you don't have to give your makeup or your clothes.