Anti-gay bigots won't give up: Why marriage equality triumphalism is a big mistake

The gay rights movement has made huge strides, but it would be a mistake to assume its work is finished. Here's why 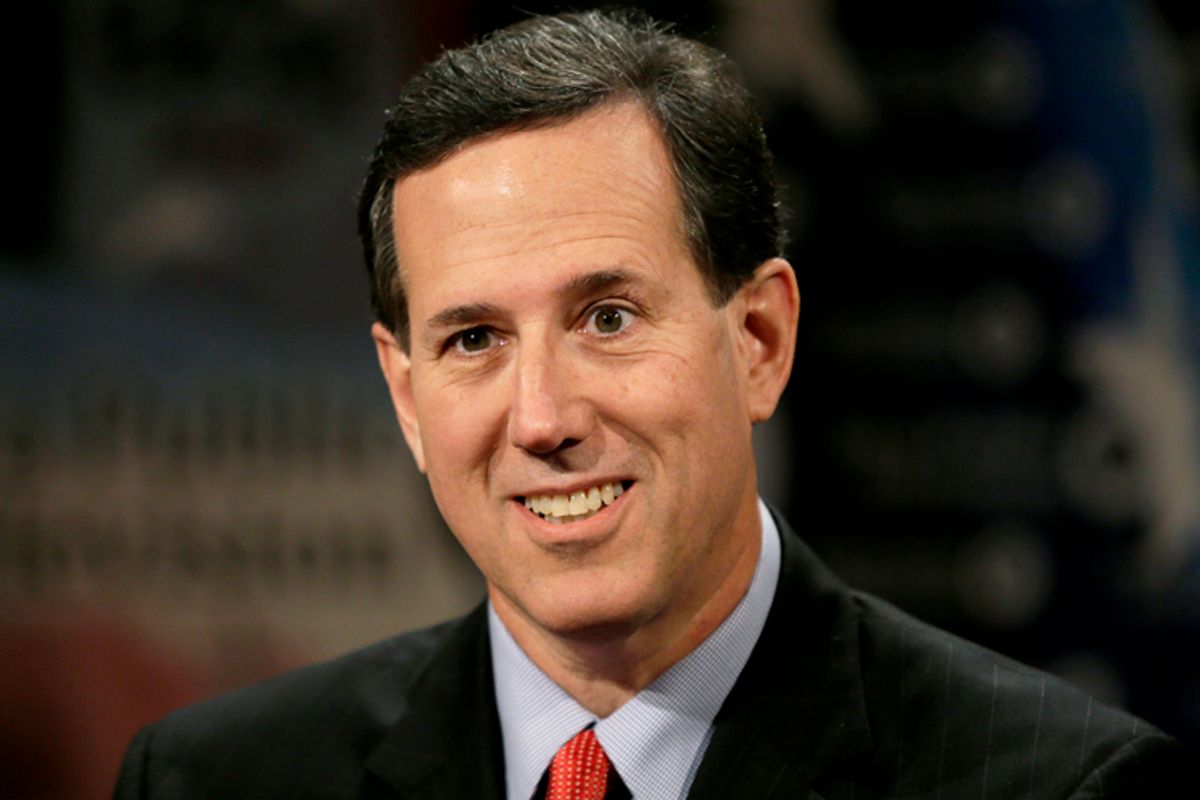 It’s fast becoming conventional wisdom: The culture war skirmish over same-sex marriage (SSM) is over, with the pro-SSM side having decisively won. Ever since people started noticing that folks in my generation were overwhelmingly supportive of same-sex couples having the right to wed, this line of analysis has been on the rise. But with the Supreme Court’s laudable decision last year to gut the Defense of Marriage Act, what was once just one common viewpoint among many others has now become the conclusion that anyone who knows anything must inevitably reach. The gay rights movement has won; all that’s left is to work out the details for the celebratory parade.

Like much conventional wisdom, there’s something to this. No one can doubt the sea change American culture is experiencing when it comes to LBGTQ people. But as is also often the case with conventional wisdom, this gay rights triumphalism is too simplistic, too pat. To put it simply, the gay rights movement is indeed winning — but it’s too soon to declare Mission Accomplished just yet.

Here’s an example of what I mean when I gripe about triumphalism: In a perplexingly wrongheaded article for the Atlantic this week, reporter Molly Ball tried to argue that, as the piece’s title puts it, “Republicans Are Driving the Momentum for Gay Marriage.” While I couldn’t begin to tell you what it means to “drive” the “momentum” of something, I can with great confidence report that Ball’s evidence is meager and at times even self-contradictory. To make her case, she places a great emphasis on the fact that some of the federal judges who have struck down state-level SSM bans recently are appointees of Republican presidents. She also points to a handful of Republican politicians — mostly governors in purple states — that have decided to stop working so hard against SSM, opting instead to take the Scott Brown route and say, in essence, “whatever.”

In response to Ball’s conceit, we should establish a few things right off the bat. For one thing, there’s no federal right to marriage for same-sex couples; the Supreme Court walked up to the very edge of that line in its DOMA ruling before deciding to punt. For another, while SSM is legal in 17 states, there are 50 states, total, within the U.S. That means that in 33 states, SSM is still illegal. (For those of you who, like me, are mathematically challenged, that’s nearly double the number of those that have legalized the practice.) The population of those 33 states is just a bit shy of two-thirds of the overall U.S. population, which is around 318 million, which means that hundreds of millions of people still live in places where the right to marry someone they love is dependent upon whether or not they were born of different genders.

Those are hardly the only issues with Ball’s piece, though. Her decision to credit the GOP for the rulings of judges appointed by Republican presidents — even if many of these appointees were nominated decades ago — is pretty specious. While the judiciary is doubtless far more political a beast than the American self-government mythology allows, it’s still the case that judges are not members of one party or another, and indeed are not supposed to be regarded or act as such. For a striking example of why conflating a judge with the party of the president who nominated them is a mistake, look to former Supreme Court Justice David Souter. Souter retired in 2009, ending his career as one of the members of the leftwing flank of the court. He was so hated by conservatives, in fact, that rightwing pundit Erick Erickson infamously smeared him as a “goat fucking child molester.” And who nominated this liberal loon to America’s highest court? President George H.W. Bush, a Republican. (See John Paul Stevens for more.)

So let’s throw the Republican judge plank of Ball’s platform overboard. Moving on, Ball cites Michigan Gov. Rick Snyder, who initially responded to a judge’s striking down the marriage ban in his state by more or less saying he had no intention to wade into the issue and would abide by whatever the courts determined. Ball uses this as an example of Republicans “driving” the “momentum.” Problem: Snyder soon afterwards said that same-sex couples who were married in his state during the interval between the judge’s ruling and a federal appeals court’s stay would not be recognized as such by Michigan itself, despite being, in his own estimation, legal. A lawyer on the pro-SSM side summed up Snyder’s stance rather well, saying, “I would not want to be one of the governor's lawyers trying to defend that position in court. It's kind of a head-spinning position.”

Like some of Ball’s other examples of GOP momentum drivers, Snyder — who is facing a tough reelection slog — comes from a state where hardcore social conservatism won’t fly. Ball’s other examples, Nevada Gov. Brian Sandoval and New Mexico Gov. Susana Martinez, are also Republicans who govern states that are far more liberal than, say, Kentucky or Alabama. If Martinez, Sandoval and Snyder have decided to vote “present” on SSM, in other words, it’s far more likely that they’re doing so out of political expediency than a genuine or passionate belief in marriage equality. Politicians respond to voters, and voters push politicians in whichever direction they’d like them to go. It’s weird that Ball, a seasoned political reporter who has covered many a campaign (often well), seemed to forget this; but it’s not the only moment where political common sense appears to have evaded her. At one point she credits 10 Republican Senators for supporting ENDA, then quickly notes that the bill died a swift and quiet death in the House. The House, as Ball surely knows, is controlled by Republicans.

There are plenty more problems with Ball’s piece, many of which are ably outlined here, but rather than continue dissecting it, let’s move on to another example of mistaken SSM triumphalism. Writing at his blog, Andrew Sullivan, himself a former Atlantic employee as well as a current and longtime advocate for same-sex marriage, has a post, inspired by the debate over Arizona’s SB 1062, “about whether all those opposed to marriage equality are ipso facto bigots.” Sullivan says no, arguing that it’s possible for someone to be a total religious fundamentalist (and not just one who seizes upon the Bible’s supposedly anti-gay verses) or to simply be an opponent of “such a big change in a core social institution” rather than a true bigot. He goes on to make a larger argument about the value of persuasion and his belief that many Americans can be brought away from anti-gay animus through kindness and reason.

Here’s where I think that argument goes wrong: “Twenty years ago,” Sullivan writes, “I was confidently told by my leftist gay friends that Americans were all anti-gay bigots and would never, ever back marriage rights so I should stop trying to reason them out of their opposition. My friends were wrong. Americans are not all bigots. Not even close. They can be persuaded rather than attacked.” Sullivan’s setting up a bit of a straw-man — the idea that truly “all” Americans are anti-gay bigots — but his larger point, that America has proven itself to be, with time, willing to accept LGBTQ people is quite similar to Ball’s. Both seem to take it for granted that the recent victories on SSM portend the new era of America’s sexual politics, both buy into the idea of human progress as moving inexorably forward.

As I argued above, I don’t think it’s time yet for this kind of implicit declaration of victory; there are far too many same-sex couples who still can’t get married, and the emergence of SSM in liberal states like New York and California, while no doubt an awesome achievement, is surely going to look easy when compared to the fight to extend those same rights to people in Louisiana or Montana. What’s more, I could well be accused of impatience, but twenty years to get a third of the way to the ultimate goal? That strikes me as taking quite a long time! Not in the grand scheme, sure; but human beings don’t live in the grand scheme; they live in their lives. And in our lives, 20 years is no blink of the eye. In retrospect, and living in a place where SSM is legal, as the D.C. and NYC-based Sullivan does, it may seem like a bearable amount of time to wait. But I doubt many of the same-sex couples who love one other in the 33 states where SSM is still banned would be happy if you told them just to sit back and wait a few decades.

One final point, this one about the nature of progress and social change: As Ball and Sullivan have shown, we in America have a tendency to assume everything is getting better, especially when it comes to social norms and social equality. The African American experience, going from slavery, to emancipation, to Jim Crow, to finally freedom, is often seen as proof of the universe’s bend toward justice. But this isn’t quite right. Black people in the American South in the 1870s had more rights and more freedom than they did in the 1890s. Woodrow Wilson rolled back African Americans’ rights, re-segregating government departments that had been previously integrated. The Ku Klux Klan arguably had its greatest moment not in the late-19th century, but in the 1920s. For a more contemporary example, simply look to what’s happening across the country right now, with voter ID laws that just so happen to make it harder for poor people (who disproportionately tend to be of color) to vote. As President Obama is fond of saying, “[H]istory has a funny way of moving in twists and turns, and not just in a straight line.”

So here’s my request to smart people like Ball and Sullivan: Until American same-sex couples have the right to marry, no matter where in the country they reside; and until LGBTQ people need not fear of being fired from work for no reason other than who they are and who they love; and until LGBTQ people are no longer more likely to be poor than heterosexual people; and until LGBTQ people no longer risk being legally barred from private businesses because of nothing more than how they were born, let’s slow down on patting ourselves — and the American people — quite so much on the back just yet. America is absolutely improving its treatment of LGBTQ people, and the success of SSM movements in recent years is a testament to that fact. But at the same time, a guy by the name of Rick Santorum, who will hopefully be remembered as the gay rights movement’s version of George Wallace, came in second place during the last GOP primary, is frequently seen talking politics at conferences and on television and is quite possibly going to run for president again in 2016, still walks the halls of American politics. The work is not complete.