Meet SkinneePix, the worst thing to happen to the selfie

The app shaves 5, 10 or 15 pounds off your photos, reinforcing that skinny is how you and your selfie should be 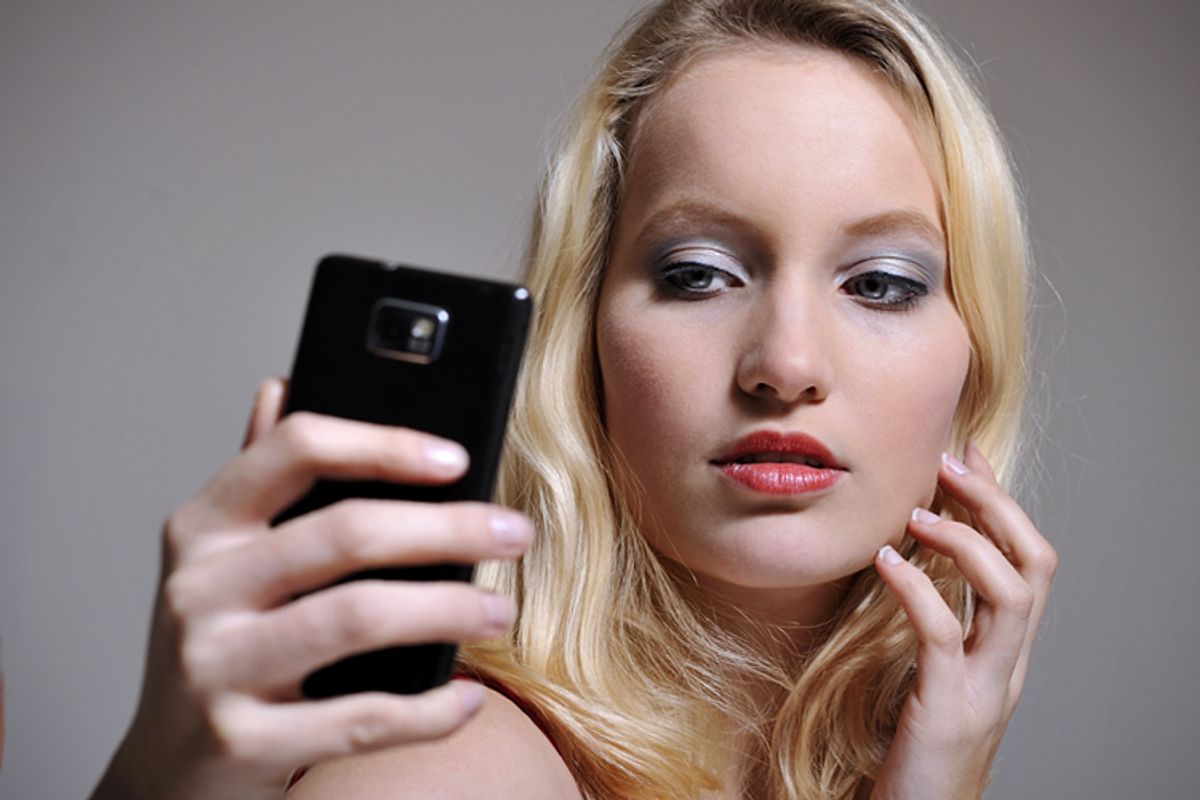 Good or bad, the selfie has become part of our cultural lexicon -- and dictionary, as Oxford University Press's 2013 word of the year. While taking self-portraits with the characteristic camera-or-phone-in-front-of-face position is not a new phenomenon, it has generated a wealth of technology to facilitate selfie taking.

The company behind the app is Pretty Smart Women and was created by Susan Green and Robin J. Phillips. According to the Los Angeles Times, Green and Phillips got the idea after going on a vacation with friends. They took selfies, but nobody was happy with the outcome.

Green told the Los Angeles Times, “It's not that they hated their body, they just didn’t like how they looked in the picture." Green, who is a broadcast journalist, said that cameras add 10 to 15 pounds, which is why the app won't allow users to remove more than 15 from their selfies. It appears that Green has the best of intentions; she wants it to be a fun, "playful" app that is used as entertainment, or even fitness inspiration, among friends.

The bigger issue is that it reinforces the cultural idea that skinny is how we should look, and that in order to look "better" you have to be thin (5, 10 or 15 pounds thinner). In the same disgusting way that starlets and models are airbrushed, Photoshopped and altered when they grace magazine covers, this app takes the Instagram filter one step further and allows for self-slimming. Rather than be body- and self-image positive, the app enforces the digital manipulation that many magazines are criticized for.

SkinneePix is another sad symptom (and unfortunate reinforcement) of the societal pressure that thin is better, and slim is how your selfies should look.