The Flaming Lips "sell out" with Fred Armisen and Michael Bay

The band put out a series of Funny or Die videos promoting their new track, "Flaming Side of the Moon" 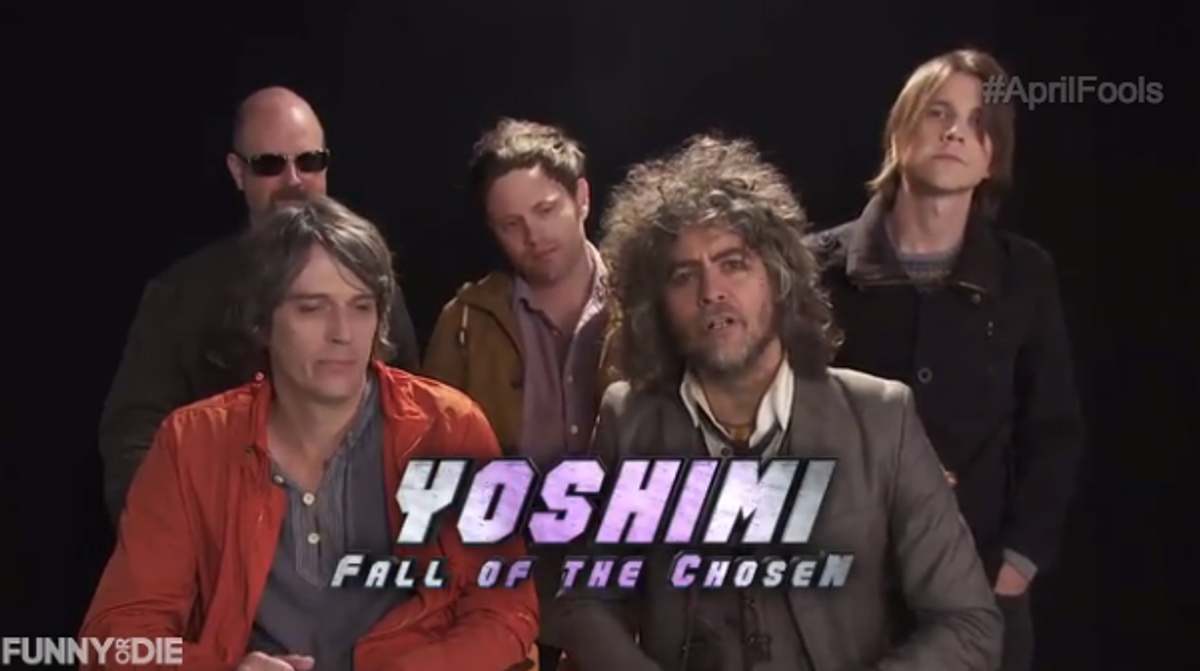 The Flaming Lips are celebrating April Fools' Day with a series of parody videos on Funny or Die, aligned with the recent release of "Flaming Side of the Moon." The track, called an "immersive companion piece," is "carefully crafted to sync up perfectly" with Pink Floyd’s "Dark Side of the Moon" and the 1939 "Wizard of Oz" film. The band has officially sold out, clearly, and now comedian Jon Daly is urging the indie rock band to "stop thinking of this as a band, and start thinking of it as a brand."

The Flaming Lips Sell Out from April Fools' Day

The best way to do this is to make a movie with Michael Bay:

And to record a studio session:

Flaming Side of the Moon Studio Session from April Fools' Day

And to audition Fred Armisen:

(Oh wait, that last one is actually an amazing idea. Fred Armisen for all the bands!)