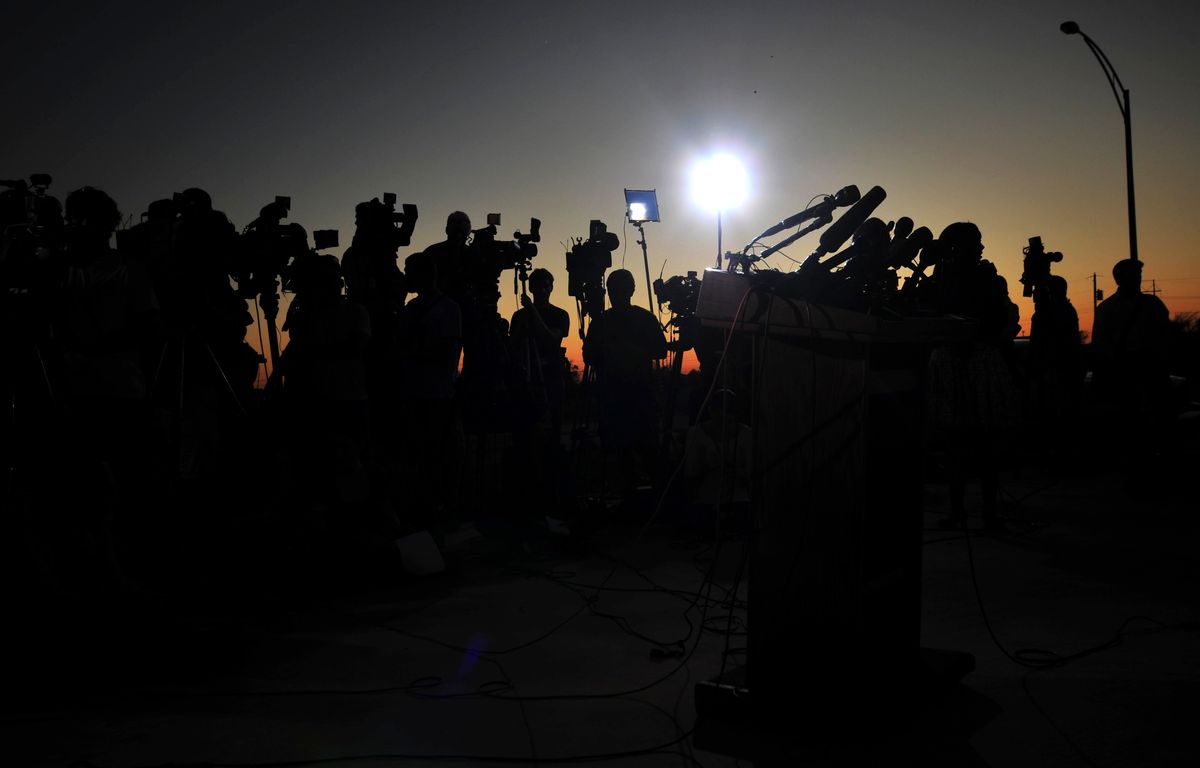 The comment came as news swept Twitter of a shooting at the Fort Hood military base in Texas, where former Army psychiatrist Nidal Malik Hasan killed 13 people in 2009. The offending tweeter, Pat Dollard, himself tweeted news of the shooting as it broke, before making the aforementioned hideous statement (which, perhaps surprisingly, he has not deleted at the time of this writing).

Dollard has a long and complicated history in the public spotlight. He originally "made his name as Steven Soderbergh’s agent," according to a 2007 Vanity Fair profile, although he has since become a self-fashioned conservative firebrand. His Twitter account lists him as a "contributing journalist" at Breitbart -- whose founder, Andrew Breitbart, he counted as a personal friend. Strangely, his profile page on the conservative news organization's website includes no actual articles.

UPDATE: Dollard's articles for Breitbart can be found here and here. (Thanks to Aaron Fenwick and Zaid Jilani.)

Dollard has not yet acknowledged criticism of his tweet, although shortly after posting it he did quote the following Biblical passage: