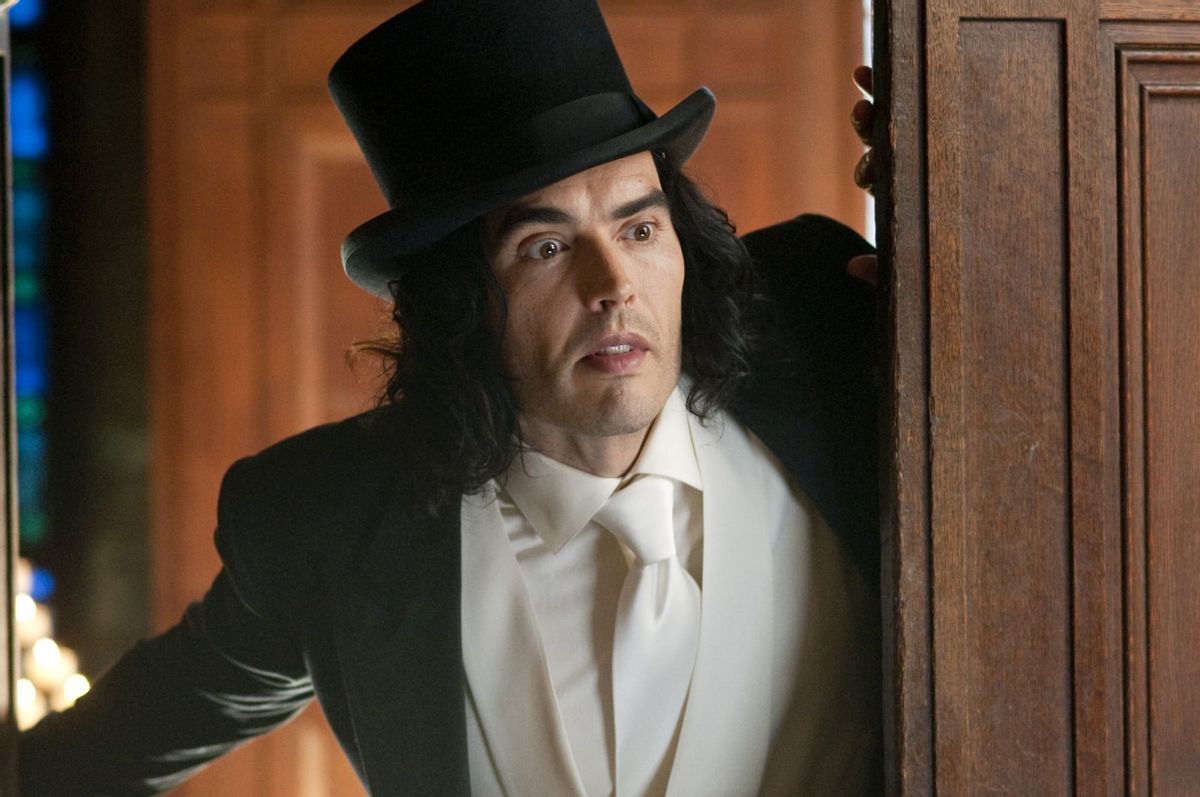 Economic inequality, you’ve likely noticed, is off the charts. Inheritances and gifts have always played a big role in the distribution of wealth, accounting for about a quarter of total household wealth in the U.S. That’s a lot, but it may be nothing compared to what’s coming if we stay on the current path. Experts say inheritance is likely to play an even bigger role in our society in the coming years.

Since the 1980s, the total value of inherited wealth has gone up only a little, mitigated by such factors as a healthcare system that siphons off wealth among the elderly. But according to French economist Thomas Piketty, a leading expert on inequality, there is every reason to expect we’re going to see an explosion in inherited wealth rather soon in the industrialized world, and it’s certainly not going to be equal.

In the U.S., most people will not see a windfall as the Baby Boomers retire, but the children of the rich will enjoy an enormous transfer of wealth. America may soon look a lot more like Downton Abbey than the Land of Opportunity. Here are seven things you need to know about the coming inheritance boom.

Americans love to talk about individual opportunity, but the truth is we have always been of two minds about inherited wealth. Everybody is supposed to get a fair shot at making it with their own brains and elbow grease, but many Americans have also strongly defended the rights of individuals to do as they please with their fortunes. Inheritance and merit are competing ideas that have crossed swords many times in our history.

There’s no doubt that Old Money soaked into the American landscape in places like New York’s Upper East Side, Boston’s Beacon Hill and Philadelphia's Main Line. But it was often insecure: witness the abandoned Gilded Age mansions of Long Island and Newport, Rhode Island, or the dilapidated plantations of the South. Political upheaval and economic shocks have sometimes wiped out fortunes as quickly as they have been made. Large estates get divided, and taxes and family divisions have prevented some large fortunes from ballooning over generations.

There was a general idea among Thomas Jefferson and other founders that America belonged to the living, not the dead, and that inheritance was not a natural right, but something that should be regulated by the state, which would have the power to tax inheritances. This idea pretty much prevailed in American law until the Reagan era, when the proponents of inheritance free-for-alls got the upper hand in a Supreme Court case, Hodel v. Irving (1987), which proclaimed inheritance as a natural right.

The modern estate tax, a subject of recurring debate, was enacted in 1916, but was temporarily phased out and repealed by tax legislation in 2001. This legislation gradually dropped the rates until they were eliminated in 2010. But — the law did not make these changes permanent, and the estate tax returned in 2011. In 2012, the legislature set the estate tax at a very generous $5 million exemption level which was indexed to inflation, which means that the exemption number continually rises (it's up to $5,340,000 in 2014). The top tax rate on estates in excess of the exemption is 40 percent. Of course there are lots of ways to wiggle out of that, like estate tax credits and gifts.

The end result is that the children of the wealthiest people in the country come to own more and more of the America's assets, an outcome many consider unjust and socially destructive.

2. When is the Big Boom going to happen?

In a couple of decades, most likely. Accenture, a consulting firm, looked at generational patterns and forecast that a boom in inheritance would start about 2031. Baby Boomers, the consultants reasoned, would accumulated some wealth from their parents, but Gen X and Gen Y are likely to get a bigger transfer from their Boomer parents than what passed down from their grandparents.

According to Accenture’s research, once the Baby Boomer transfer gets going, we can expect 10 percent of America’s wealth to change hands every five years through inheritances, gifts and so on. The transfer will be highly unbalanced:  Those households with less than $500,000 in net worth will transfer about $3 trillion to their heirs, while those with more than $500,000 will transfer four times that amount.

If you look back at history, you can see that inheritance has shaped society in a number of ways — for example, once upon a time only male children could inherit, or only the oldest male child. Obviously, inheritance is a basic mechanism of class stratification, with minorities and people from socially disadvantaged backgrounds getting the short end of the stick. Rich people tend to marry other rich people in part to hold onto the money, concentrating not only money, but advantages associated with it, in a small pool.

Inherited wealth turns life into a lottery. If you get the lucky draw, then you have a tremendous advantage in everything from education to psychological environment in the home to job opportunities. From the way you speak and dress to the way you approach everything from home ownership to risk-taking, your life is shaped by the amount of money you receive as gifts from your parents, and the money you expect to inherit.

If wealth grows more concentrated, and the return on capital is high enough, the wealth becomes self-perpetuating. As Piketty notes, when you have a slower rate of economic growth in rich countries, more of the wealth is the result of passing on money from one generation to the next. You can end up with a society titled toward parasites rather than producers. As he describes in his new book, Capital in the Twenty-First Century:

“Whenever the rate of return on capital is significantly and durably higher than the growth rate of the economy, it is all but inevitable that inheritance (of fortunes accumulated in the past) predominates over saving (wealth accumulated in the present).... Wealth originating in the past automatically grows more rapidly, even without labour, than wealth stemming from work, which can be saved.”

Wealth begets wealth, and the pace accelerates over time unless we do something to stop it, widening the gap between the haves and the have notes, between the workers and the trust fund babies. If the trend continues unabated, you eventually arrive at something grotesquely top-heavy like 18th-century France — a situation that causes so much social tension and unrest that political upheaval emerges to rebalance things, sometimes quite violently.

5. What happens to those who inherit?

One of the big problems with inheritance is that for many recipients it becomes an alternative to doing anything productive or worthy.

It’s a standard story in literature — the children of wealth end up becoming wastrels and derelicts. In some parts of the U.S., like the South, there is a strong tradition of upholding the family name, with social pressure acting to mitigate some of the behavior associated with indolent heirs. But in places where this kind of social pressure is less noticeable (just look at what happens to the scions of Hollywood fortunes in California), the downward spiral can quickly kick in.

Many families lose their wealth by the third generation, and psychologists specializing in “sudden wealth syndrome” are hip to the fact that heirs, like people who win the Lotto, often piss away their windfall. Knowing you are going to get handed a pile of cash tends to dampen your enthusiasm for the pursuit of higher purpose. As steel tycoon Andrew Carnegie put it, “The parent who leaves his son enormous wealth generally deadens the talents and energies of the son, and tempts him to lead a less worthy life.”

Even when the wealth is not lost, values may deteriorate from one generation to the next. Heirs engage in nasty power struggles and invest their energy more in preserving their money than doing anything to produce more of it. Take a look at America’s most famous dynasties, from Rockefellers to Roosevelts, and consider the activities and mental state of ensuing generations. It’s not a pretty picture. Eileen Rockefeller, a fourth-generation descendent of the Standard Oil magnate, revealed how her family's fortune turned her into a psychological basket case in her memoir.

6. What happens to the rest of us?

Inherited wealth is a serious economic and social challenge to rich countries purporting to offer a level playing field. It makes a mockery of social mobility and skews the democratic process as concentrated wealth increasingly determines political outcomes, impacting every aspect of our lives.

There’s only so much money most people can save, and it increasingly it will not be enough for things like home ownership, college or retirement. In cities like London and New York, inherited wealth may soon become the only way to buy a home. A retirement of leisure may become the special privilege of those lucky enough to inherit.

they have privatized their education and opportunity needs - See more at:http://inequality.org/wealthy-parents-inherited-advantage-declining-mobi...

Societies that cater to the wealthy and their heirs tend to stop investing in the public sector and the social programs that provide opportunities for less affluent families, like decent K-12 education and public universities. As the wealthy privatize the things they need, those who are not fortunate enough to have rich parents lose more and more avenues to success.

they have privatized their education and opportunity needs - See more at:http://inequality.org/wealthy-parents-inherited-advantage-declining-mobi...

In a word: redistribution. Thomas Piketty recommends wealth taxes on a global scale. Unfortunately, in the U.S., our money-driven political system is likely to produce politicians more interested in cutting inheritance taxes and allowing general tax-dodging for their wealthy donors than worrying about social justice. So we can’t hold our breath on that one.

Increasing the rate of economic growth would also help, as it would mean that people are able to earn more money and the proportion of earned income verses inherited money would be ameliorated. Getting rid of harmful austerity policies and focusing on ways to increase workers' share of what companies earn would be one way to boost growth and achieve some much-needed rebalancing.

Short of these two possibilities we’ve got one more: major political upheaval. As society becomes more unbalanced and the gulf between the rich and the rest widens, at some point, those not born into the Lucky Sperm Club may conclude that they have had enough, and rise up against the rich. It has certainly happened before, and don’t discount the possibility that it could happen again.