"How I Met Your Mother" lied to us: Why the fake-out finale is such a cop out

Boo! Fans are so angry because the show's last episode rendered the entire series completely unreliable 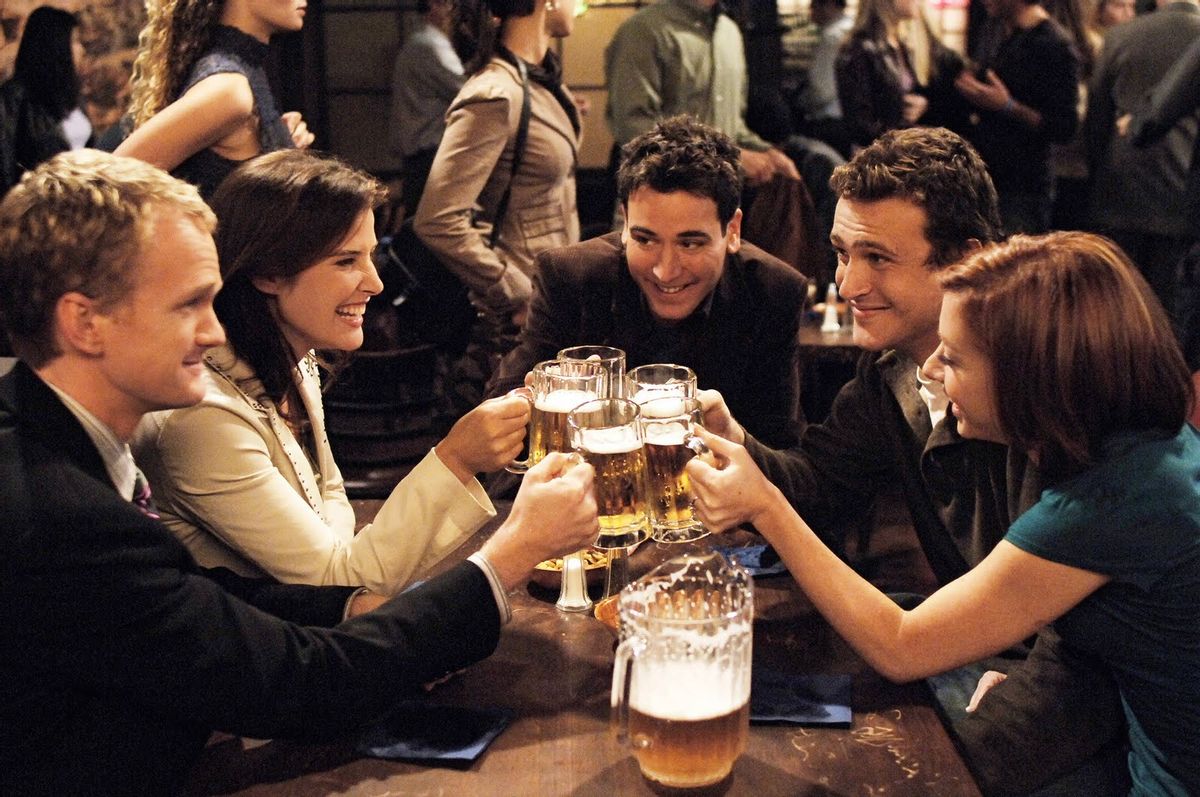 WARNING: This article completely spoils the ending of "How I Met Your Mother"

In an episode of “How I Met Your Mother” from season five, devoted husband Marshall admits that he has trouble thinking about other women besides his wife without feeling guilty. In order to even daydream about another woman, he first imagines his wife Lily dying of a – painless, of course – disease, which causes her to hiccup endlessly.

Before she hiccups her last, fantasy-Lily urges Marshall to find someone else to love: “After an appropriate number of years, you should find someone else – someone like that busty delivery girl from that one time,” she says.

When they conceived of that joke, were show creators Carter Bays and Craig Thomas subconsciously remembering the scene they had already filmed for the show’s eventual finale, in which Ted’s upbeat teenage children tell him that it’s been an appropriate number of years since their mother died, and it’s time for him to love again?

After the finale, Vulture interviewed star Josh Radnor about fans’ reactions to the twist ending – in which the mother we’ve waited for for nine years is briefly shown, apparently experiencing no pain, dying in a hospital bed, before Ted is convinced by his children to look up his old flame Robin.

“It’s weird to speculate on something that isn’t actually real,” Radnor mused. “It’s an imagined story, but you also have to wonder what happened in the six years after she died and what was that like for Ted.”

Ted and his children are in a different emotional place after six years, Radnor and others are reminding confused fans. Viewers were given about 60 seconds to process the mother’s death – although there had been hints it was coming – but Ted and the kids have had six years. An appropriate number of years, one might say.

But when Ted’s kids tell him “It’s time,” it doesn’t just feel abrupt because we only just learned that the mother died. It feels abrupt because six-years-later Ted has, that day, presumably, just told the story of the last 25 years of his life, and how the first nine years in particular led to him meeting a woman portrayed as his cosmic match in every way.

Throughout his narration, he repeatedly emphasizes that every time he lost a job or broke up with someone or faced any setback, it was worth it in the end because it put him in the right place to meet the woman he was supposed to be with. She may have been dead for the past six years – and he may have made plenty of emotional progress – but I imagine it would take a pretty serious mood swing to go from having just explained how all the trials and tribulations of his 20s and 30s led him to one woman, to gamely agreeing to call another woman up for a date.

Supporters of the finale have soberly noted that life doesn’t always go the way you plan. But the reason so many of us have reacted with – often childish – indignation (“Jesus, Grandpa, what did you read me this thing for?!”) is not because we don’t believe that characters should die or fall out of love with one another. The past nine seasons have been full of such developments, and appropriately so.

We’re indignant because the last two minutes of the finale rendered the previous nine years of narration totally unreliable. The kids tell Ted that his story was not about their mother at all, but about how he has “the hots” for Robin. Never mind that he just explained how moving past Robin, finally, was the best thing possible for him because it meant he was ready to meet their mother. The kids say they don’t “buy it.”

“How I Met Your Mother” was often excessive in its obsession with reminding viewers that everything happens for a reason. I have to believe this mantra played a key role in the many fan stories recounted in recent days of how the show helped them get over a breakup, or deal with the death of someone close to them.  It was maddening and comforting at the same time: “Oh sure, easy for a TV show to say everything happens for a reason … wait, tell me more about how The Universe has a plan for me!”

We have no idea if Ted thinks the trials and tribulations of his teens and early 20s led him to be in the right place to meet Robin. We don’t know if his first marriage has made a difference in whether he feels compatible with Robin. We don’t know if Robin is remotely interested in being a stepmother, or whether the constant traveling she does for work – which apparently caused her divorce – will jibe well with Ted’s life in suburbia. It is not at all obvious how this recoupling will work out. And after nine years of listening to Ted confidently repeat that The Universe has one plan, fans feel a little left out of his new plans.

How I Met Your Mother Josh Radnor Ted Television Tv