Several people have reportedly been injured, and at least one hospitalized, at the Texas military base 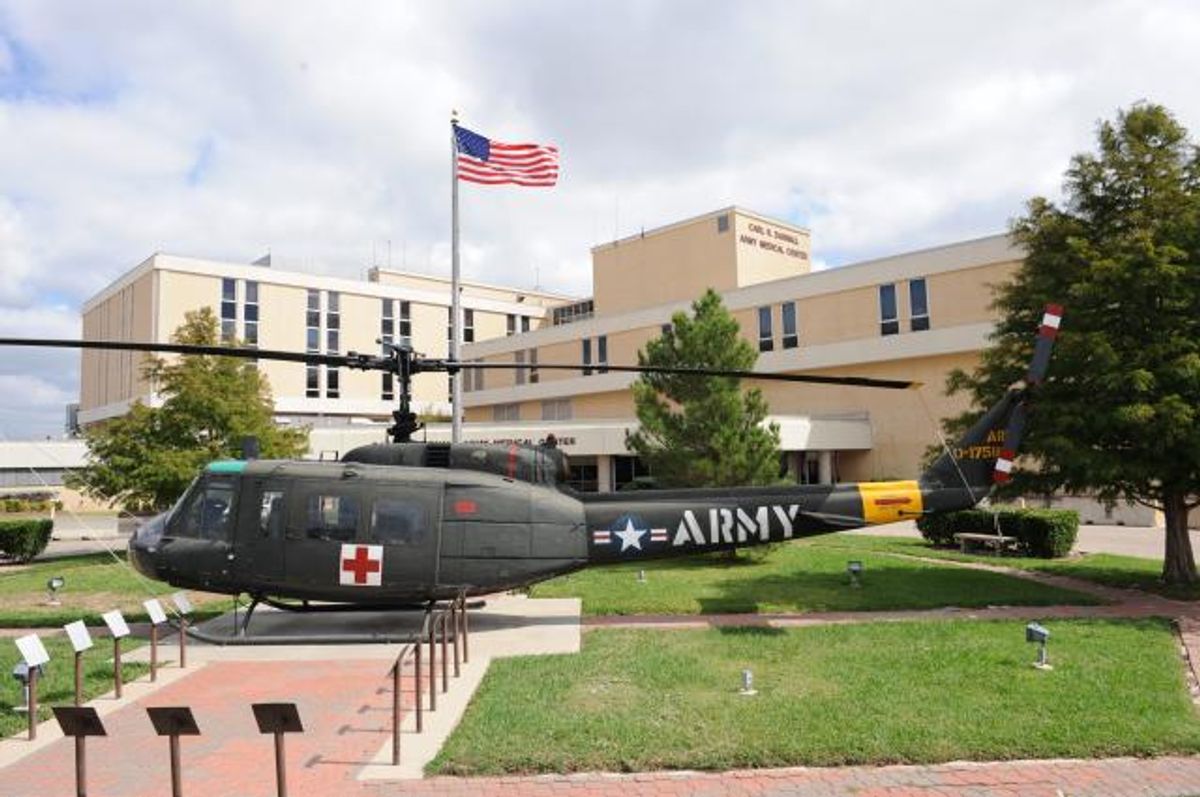 UPDATE: One person has been killed, and 14 others injured, as a result of the shooting, the AP reports.

An active shooter was reported at Fort Hood in Kileen, TX, on Wednesday, according to KCEN-TV. The situation was described to CNN as ongoing and "serious." Multiple people have reportedly been injured, including one person with a "chest wound" requiring transport to a hospital. Individuals on the base have been advised to "shelter in place immediately."

FORT HOOD, Texas (AP) — Fort Hood said Wednesday that a shooting happened at the Texas Army base and that injuries have been reported.

The base confirmed the shooting in a brief statement posted online Wednesday. The statement also said emergency crews were on the scene and that further details were not yet known.

The Bell's County Sheriff's Office dispatched deputies and troopers from the Texas Department of Public Safety to the nearby post after receiving reports of an "active shooter," sheriff's Lt. Donnie Adams said. FBI spokeswoman Michelle Lee said its agents were also headed to the scene.

The base was the scene of a mass shooting in 2009. Thirteen people were killed and more than 30 wounded in what was the deadliest attack on a domestic military installation in history.

On its Twitter feed and Facebook page, Fort Hood on Wednesday ordered everyone on base to "shelter in place." The 1st Cavalry Division, which is based at Fort Hood, sent a Twitter alert telling people on base to close doors and stay away from windows.

White House spokesman Josh Earnest said the president has been informed of the reports of a shooting at Fort Hood and will continue to receive updates as he attends a pair of Democratic Party fundraisers in Chicago.

Army psychiatrist Nidal Hasan was convicted and sentenced to death last year in the Nov. 5, 2009, attack on his fellow soldiers as they waited inside a crowded building at Fort Hood. Soldiers there were waiting to get vaccines and routine paperwork after recently returning from deployments or while preparing to go to Afghanistan and Iraq.

According to testimony during Hasan's trial last August, Hasan walked inside carrying two weapons and several loaded magazines, shouted "Allahu Akbar!" — Arabic for "God is great!" — and opened fire with a handgun.

Witnesses said he targeted soldiers as he walked through the building, leaving pools of blood, spent casings and dying soldiers on the floor. Photos of the scene were shown to the 13 officers on the military jury.

The rampage ended when Hasan was shot in the back by Fort Hood police officers outside the building, which left him paralyzed from the waist down. Hasan is now on death row at the military prison at Fort Leavenworth in Kansas.

After that shooting, the military tightened security at bases nationwide. Those measures included issuing security personnel long-barreled weapons, adding an insider-attack scenario to their training, and strengthening ties to local law enforcement, according to Peter Daly, a vice admiral who retired from the Navy in 2011. The military also joined an FBI intelligence-sharing program aimed at identifying terror threats.

In September, a former Navy man opened fire at the Washington Navy Yard, leaving at least 13 people dead, including the gunman. After that shooting, Hagel ordered the Pentagon to review security at all U.S. defense installations worldwide and examine the granting of security clearances that allow access to them.

THIS IS A BREAKING NEWS UPDATE. CHECK BACK LATER FOR MORE INFORMATION.