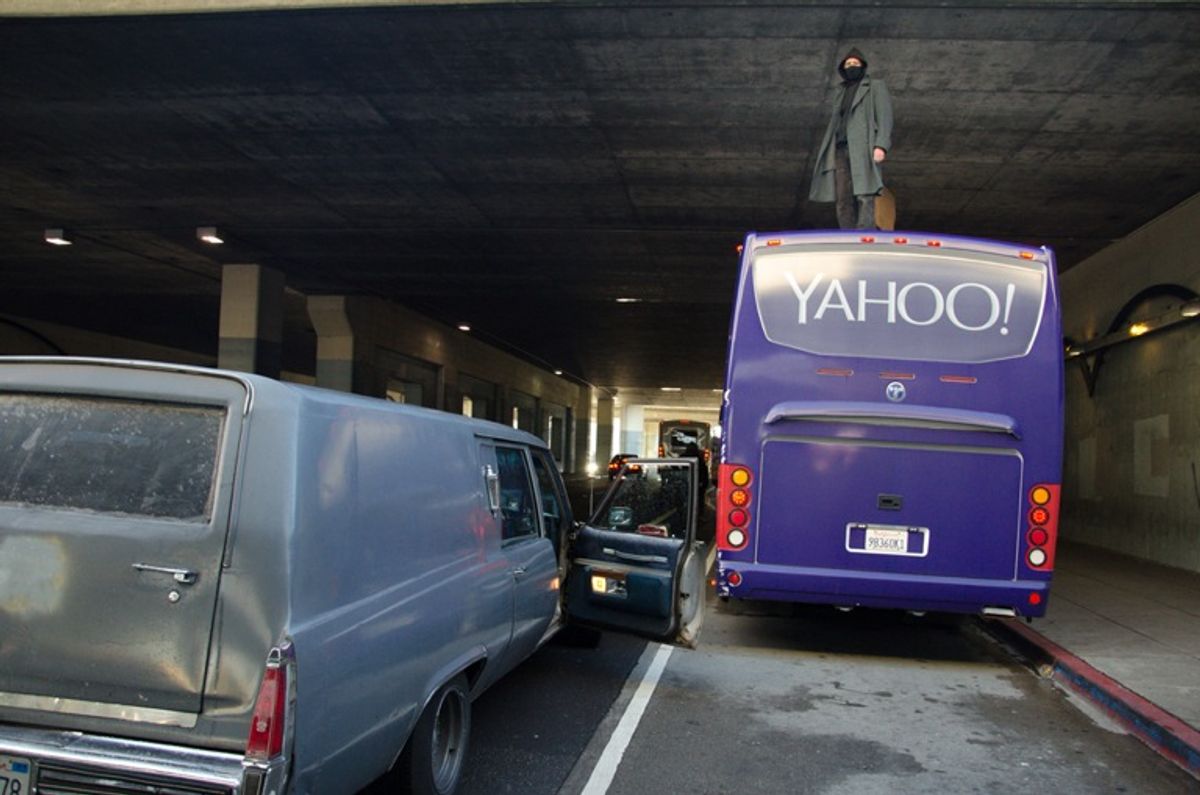 Silicon Valley shuttles -- the private bus services provided by tech giants to usher employees from their gleaming office parks to their gentrifying Bay Area neighborhoods -- have for some months been a site of protest.

Google Buses and the like have not only become symbols of Silicon Valley's gentrifying force (non-tech workers being priced out of their S.F. and Oakland homes in droves), but the buses are now also icons of Silicon Valley's surveillance state apparatus -- worthy for these reasons (I say) of a little disruption.

In Oakland this week, a protest against a Yahoo bus took a gross (and awesome) new turn. According to SFGate, protesters blocked a Yahoo shuttle, climbed on its roof and even puked on its windshield. Whoever said the optics of protest should be pretty miss an important punk history of messy sabotage, importantly unpleasant in form. Imprisoned members of the IRA famously refused to wash or use lavatories during their incarceration in the late 1970s; anarchist group Up Against the Wall MotherFuckers dumped uncollected trash in New York's Lincoln Center fountain to protest a "bourgeois cultural event" in 1968; and, of course, there was the Occupy protester who defecated on a police car.