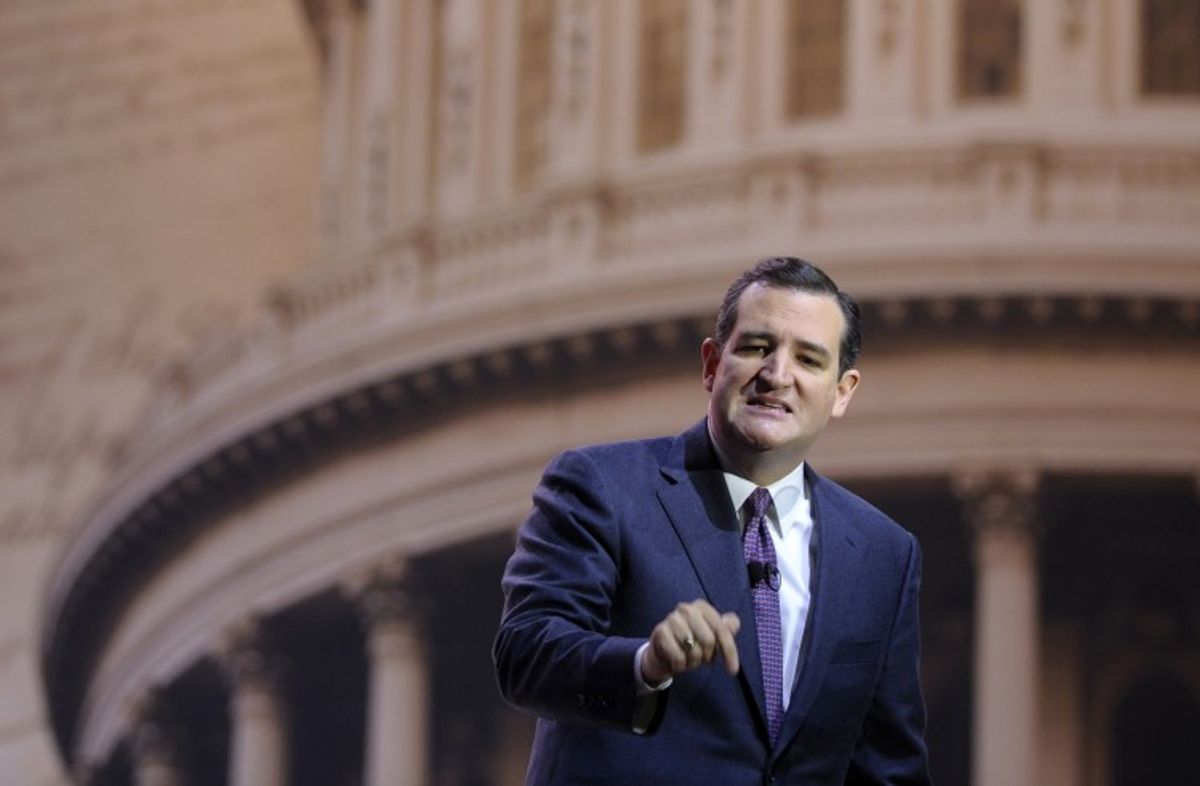 Texas Sen. Ted Cruz must have thought he had himself a good idea for how to commemorate the recent fourth "birthday" of Obamacare: Why not set up an informal "poll" on Facebook to ask the simple question of whether or not people's lives were better before or after Obamacare became law? What could go wrong?

After more than a week, Politico's weighed in with an answer: a lot.

While Cruz (or, more likely, the poor millennial tasked with running his social media properties) likely imagined there would be some liberal trolls/naysayers, it's unlikely he expected them to be quite so forceful or so legion. As of this writing, the "poll" has more than 56,000 comments — and the clear majority of them are positive.

"YES!" wrote one commenter. "Without the ACA, my 21 year old autistic son would not have any insurance. Thank you President Obama."

"YES," wrote another. "I was denied heath insurance because of having MS as a pre-existing condition and would soon be going medically bankrupt or stop getting treatment. I now have excellent coverage and have a brighter future!"

"Absolutely Yes!" wrote yet another. "I have pre-existing condition that I was born with but didn't appear until later in life and could not get health insurance at all. I finally have decent affordable insurance. What a huge relief!"

You can check out the whole, lengthy thread below: