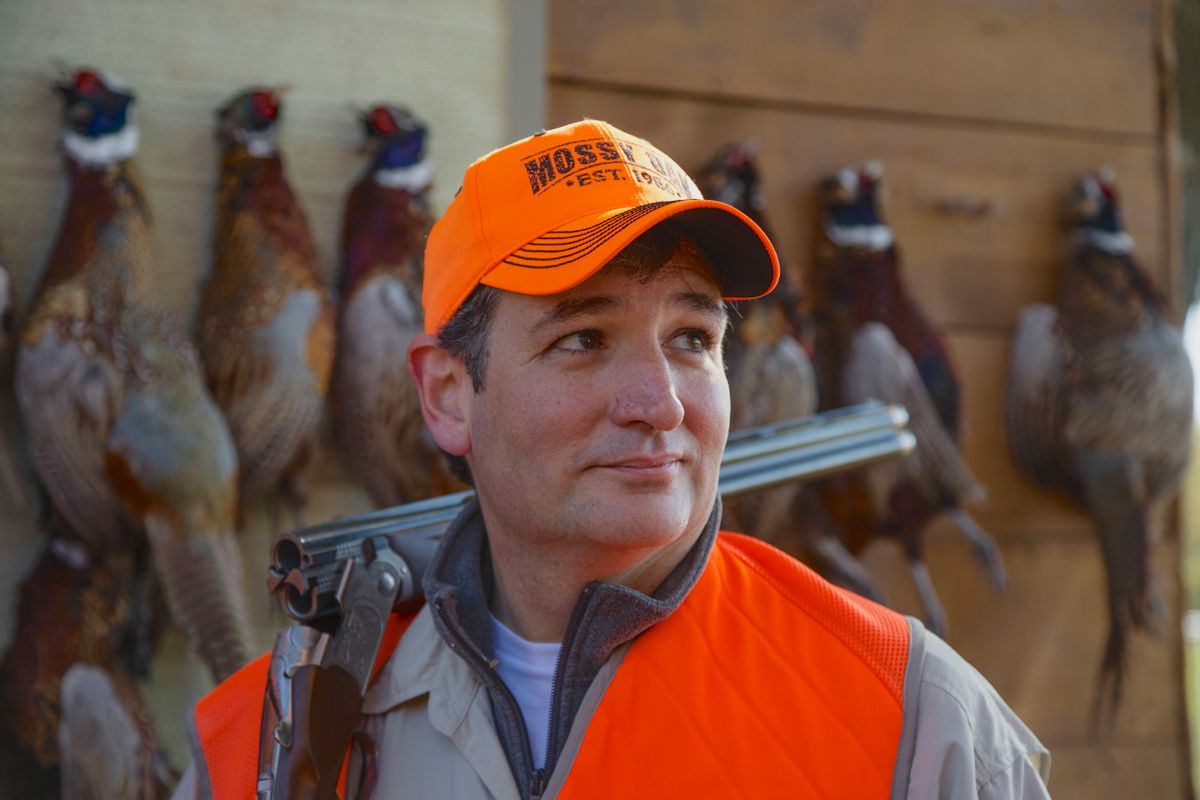 Since he became a senator, Ted Cruz has annoyed many of his colleagues with his grandstanding, disrespect for comity, and his outright sabotage of various Republican legislative strategies, from his epic anti-Obamacare fake filibuster to his undermining Speaker John Boehner on immigration. All of those things have made Ted Cruz a superstar among the conservative grass roots. And now he is beginning to reap his rewards, starting with a ridiculous $1.5 million book deal from HarperCollins. His con is working.

This is the payoff. It's been obvious since he took office that Ted Cruz has little interest in traditional "accomplishments" in the legislative sense. Cruz's filibuster did nothing, in terms of government debt or Obamacare. But Ted Cruz made bank, picking up nearly $2 million in donations in the third quarter of 2013. This strategy has annoyed many of his fellow Republicans, who believe that the grass roots shouldn't be riled up purely for personal gain, but only in order to further the interests of the GOP's monied backers.

The size of Cruz's advance should in fact be somewhat comforting to liberals, as it confirms the essential harmlessness of Cruz. Serious politicians with designs on the presidency get book advances in the six figures. A million-dollar advance says "celebrity." Conservative celebrities are a sort of tribal marker -- they are adored by their fans to the degree that they piss off the opposing side, and for little else. Cruz's advance, as many have already noted, is larger even than Sarah Palin's. Sarah Palin's $1.25 million advance was not an indicator of electoral credibility, and neither is Cruz's. Cruz and Palin are famous personalities, and heroes to those for whom being a wingnut is a lifestyle choice. Neither has any crossover appeal.

So go ahead and cheer Ted Cruz's absurd advance. As I said, he's no threat. The man doesn't care about advancing conservatism, he cares mainly about exploiting conservatism to make a killing. It is the respectable Republicans who actually apply themselves to the cause of gutting the safety net and so on. Cruz is content to shout nonsense for applause. On the road to his payday he's even sabotaged his own party; both by forcing other senators further to the right, highlighting the unappealing-to-most extremism of modern conservatism, and by making a number of potentially effective Republican politicians (hello, Marco Rubio) look like RINOs in the eyes of the fickle movement.

Cruz is smart enough to know that there is a tremendous upside, and little downside, in spending a term in office doing nothing but irritating liberals and "establishment" Republicans. Soon we'll see if he's smart enough to understand that his post-Senate career will be professional conservative bomb-thrower, and not president of the United States.