The "Game of Thrones" emoji recap you never knew you wanted

Dragons, wolves, the Red Wedding, love beyond the Wall -- it's all there, in "Game of Phones" 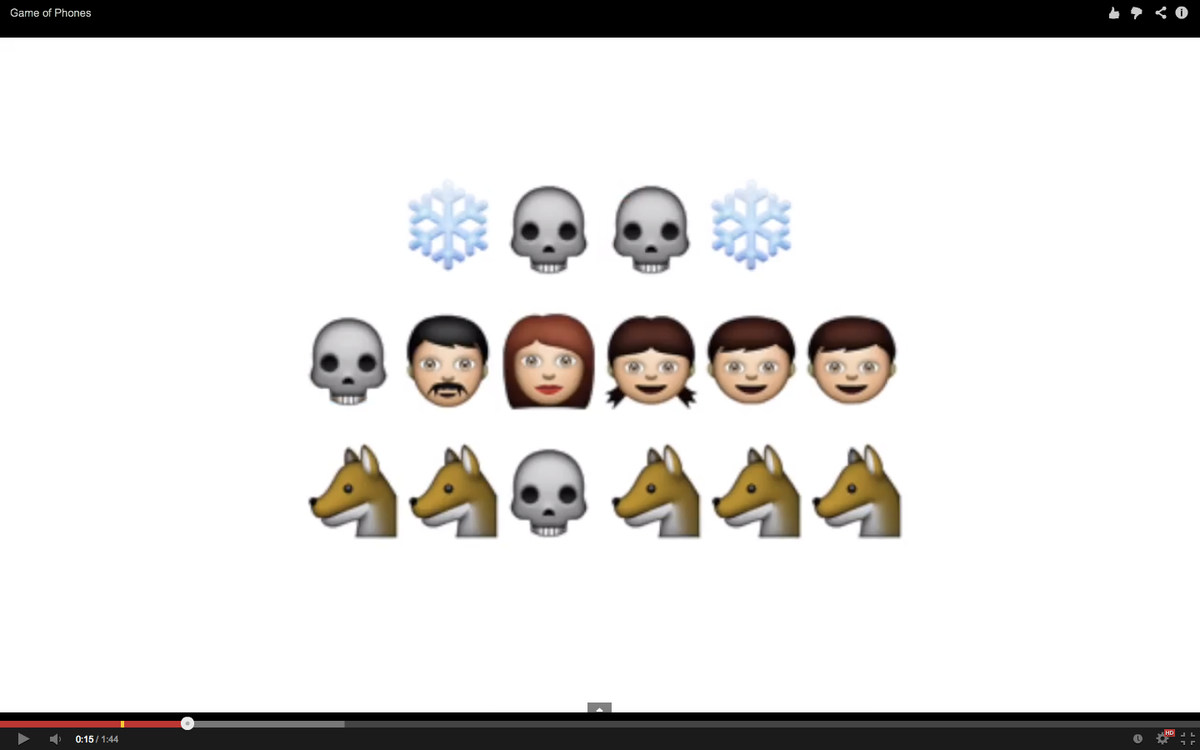 Genius knows no limitations. Therefore it is both possible, and hilarious, to recap Season Three of "Game of Thrones" in emoji. Yes, the turbo-boosted language of smileys that got its start in Japan is now flexible enough to shrink even George R.R. Martin down to size. (Hat tip: Wired.)

"Game of Phones" comes to us from the talents of Cara Rose DeFabio, who is rapidly carving out a name for herself as a master emoji sensei. See her emoji version of the song listings from Beyonce's new album here.

Jonesing for the start of the new season? Relax, "Game of Phones" will get you through at least the next one minute and 45 seconds with a smile on your face. Except for that part about the Red Wedding. That's still gruesome, even as told via emoji.

Gruesomely awesome, that is!