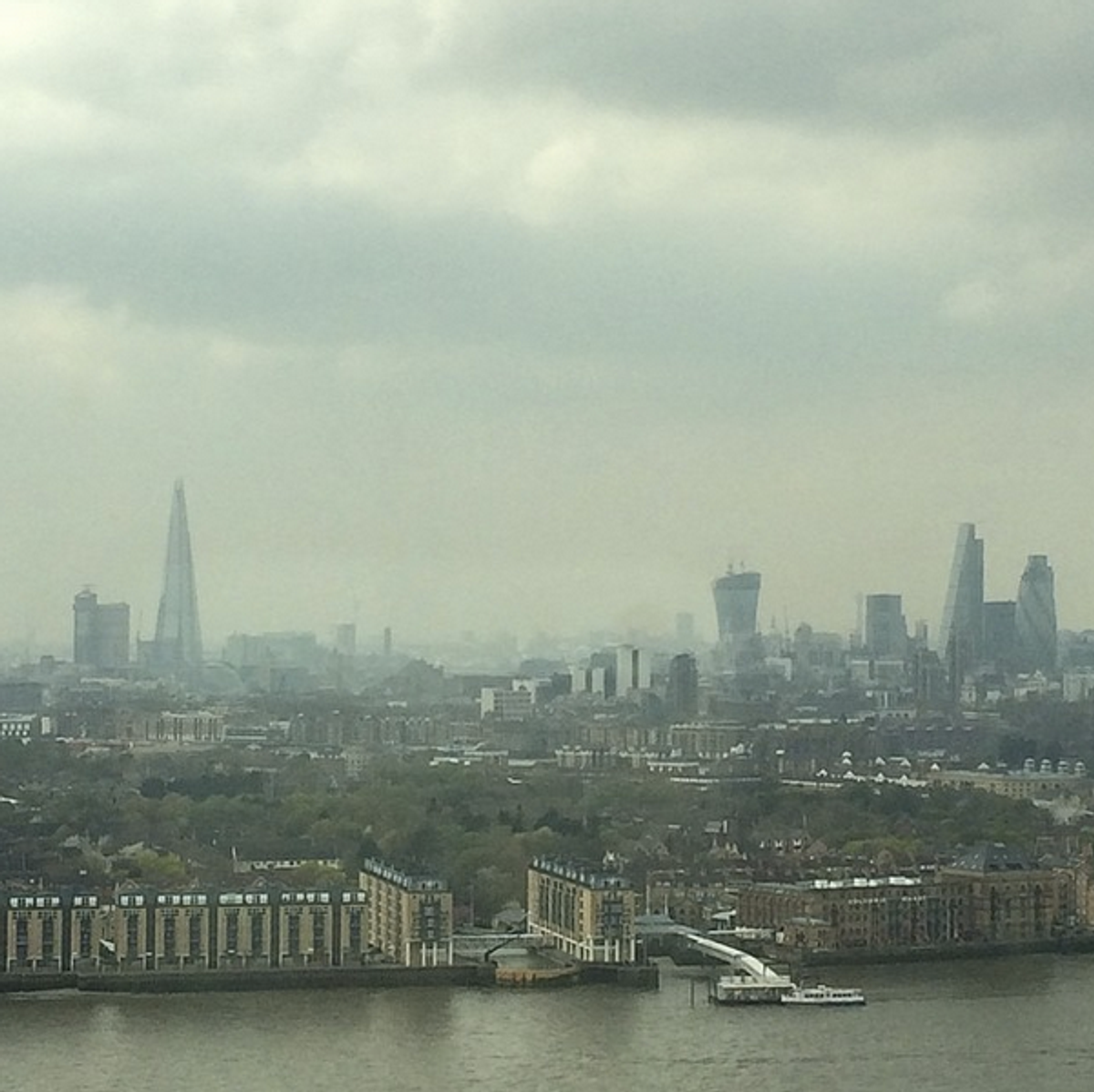 London's at peak pollution, the latest city to have its skyline swallowed up by a thick layer of smog. British authorities Wednesday issued a health warning for the elderly and people with heart and lung problems to stay indoors, and advised against physical exertion in heavily polluted areas. Experts say conditions aren't likely to improve before the weekend.

The causes are multiple: Dust blowing in from the Sahara Desert is contributing to the low visibility, as is good old-fashioned pollution. The former isn't all that uncommon, Rob MacKenzie, a professor of atmospheric science at the University of Birmingham, explained to the New York Times, but the city's heavy air pollution is helping to make it a bigger problem.

Prime Minister David Cameron tried to get away with referring to the smog as a "naturally occurring weather phenomenon," a comment that members of England's Green Party called "utterly disgraceful."

"We know that part of the problem is caused by Saharan dust, but we also know that the United Kingdom has an abysmal record in tackling air pollution in our towns and cities,” said Keith Taylor, a member of the European Parliament from the Green Party.

Below, check out the view (or lack thereof) from the ground: