#CancelColbert accomplished nothing: Why social change movements must be inclusive

A draining debate has left the fight for awareness and understanding in a worse place. So where do we go from here? 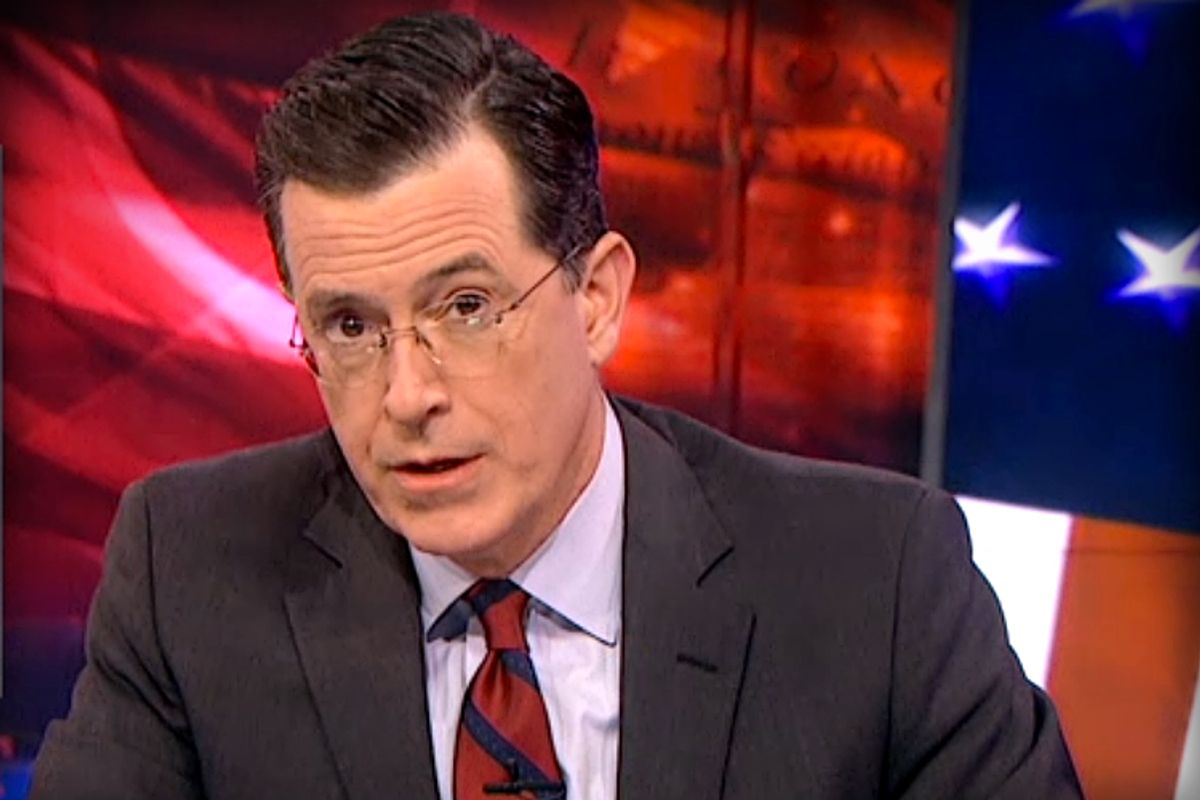 The kid had used the tips of his index fingers to stretch his eyelids back toward his hairline. This made his round, fishbowl-blue eyes narrow down at the top and elongate out the sides. Now I could see the disturbing outer perimeter of his eyeball and the moist seashell pink of his inner eyelid. He tugged his fingers upward toward his blond bangs. His eyes had the same shape as the cartoon cats in "Lady and the Tramp."

“My mother is Chinese.”

Then he tugged the corners down. Now he resembled a basset hound. It looked like his eyes were melting.

“My father is Japanese.”

Then he jerked the corners up and down in rhythm with his next line:

I laughed because I knew he thought it was funny. I was 5 years old, almost 6, and at a new school. I was one of a handful of Asian-American kids sprinkled across six grades. I couldn’t tell if the joke was for me or because of me.

Yes, I went through this rite of passage for Asian-American kids. My kids will not go through it, because they don’t look Asian at all. But I don’t want them to do it to other kids, and kids who look like me at 5 years old shouldn’t go through it, either.

How do we get to this place, where Asian-American kids will never be taunted about the shape of their eyes, for the foreign-sounding tones and syllables of their home languages, or for the pungent smells in their lunch boxes? (“Pickled apricots? Grooooooss.”)

Did you guess, “By canceling 'The Colbert Report'?”

People of good conscience can disagree about how we get there and what are the right tools. I don’t know a sure path from my past to a future free of anti-Asian prejudice. But at this moment, I can say that the weekend of #CancelColbert did not bring us closer to that future.

By Monday morning, I was left wondering, what have we accomplished? How much coal have we burned by keeping our modems alight and charging the batteries on our laptops and smartphones? At this cost, how many minds have we changed, and how many alliances have we forged to make a better future?

Here’s what I “saw” over social media: A lot of people expend a lot of energy, emotion and time because of a single comedy sketch (one that, for the record, did not offend me personally). I saw long-standing members of Asian American communities who have been working for decades toward that future get blisteringly insulted and attacked. I saw Native Americans wondering how Colbert’s valid point about Dan Snyder doubling down on the 80-year-old football team's name in service of some cheap P.R. got buried in an avalanche of outraged pro- and anti-AAPI tweets. I saw, predictable as a turning tide, an outpouring of white anger, defensiveness and ridicule. I saw racial epithets explode and hurl around like corn kernels in an air popper.

And I have a bitter, bitter taste in my mouth. Colbert’s satirical Ching-Chong Ding-Dong joke references familiar ground, the kind of belittling and insults that Asian Americans are accustomed to hearing from white folks. But an internecine fight of this scale cuts deep, and the wound to Asian American communities will take far longer to heal than it took Park to initiate it. (The first efforts toward healing have centered around the #BuildDontBurn hashtag.)

Jeff Yang wrote a smart, thoughtful article on the limits of Hashtag Activism. For this, Suey Park tweeted that he was less of a friend to her than Fox commentator Michelle Malkin, notorious conservative and defender of the Japanese internment. Park has certainly borne the brunt of the storm generated by her campaign, however. The crest of the Twitter backlash featured the now-routine gendered discipline: death and rape threats.

Back to the question, how do we get to that future? Every movement I can think of that pushed for greater inclusion, more space for people who have been marginalized in the social/political/cultural landscape required tangible person-to-person interactions to accomplish change. Civil rights activists sat down at lunch counters, marched in the streets and crossed red lines. Gays, lesbians and bisexuals risked their jobs, their families and their lives to come out and become visible in churches, schools and workplaces, so that in this century, a majority of young Americans consider GLBs as an accepted part of their social fabric. (The momentum for trans folk to attain the same gains as GLBs is coming, as you can see in this clip of trans activist Laverne Cox enlightening Katie Couric face-to-face.) On Monday, we celebrated Cesar Chavez Day, a day that honors the man, but also a movement that brought together Latinos, Filipinos, Japanese, African-Americans and whites in city boycotts and on field picket lines.

Twitter is a tactic, not a strategy. It is but one tool in the box. Movements that have used Twitter effectively used it to mobilize bodies. They used it in service of a holistic strategy, not as an end unto itself.

It is also the wrong medium to change people’s minds and influence their opinions. It takes far, far more than 140 characters to tell a story, make an argument, explain why. The way I desire, imagine and strategize liberation comes from hours of reading books and essays, big drifts of time that have accumulated through years of my life. "The Woman Warrior." "Dogeaters and Dream Jungle." "Farewell to Manzanar." "My Year of Meats." Essays by Gayatri Spivak and Chandra Talpade Mohanty. "From Exile to Diaspora." "Global Divas." "The Shock of Arrival." And yes, "Orientalism" by Edward Said. As well as poems by Joy Harjo, short stories by Sherman Alexie, novels by Louise Erdrich, essays by Winona LaDuke. "The State of Native America." "Resource Rebels." "Prison Writings: My Life Is My Sun Dance.

#NotYourAsianSidekick gave voice to a collective cri de coeur. It showed breadth of experience, but not depth. And it will take time to see tangible fruits of that action, because it wasn’t tied to the ground.

If I can fantasize for a moment, here’s how I would have liked this to play out instead: I wish a chorus of voices — Kristina Wong, Kevin Kataoka and Hari Kondabolu come to mind — had answered Colbert back in the same satirical language. I would love to see an abundance of comedians of color with access to a national platform (like the late, lamented “Totally Biased") who could critique Colbert’s Ching-Chong Ding-Dong on equal footing.

I witnessed one of the most transcendent activist moments of my life at a march against the invasion of Afghanistan and against racial profiling, detentions and violence against people of Middle Eastern and South Asian descent. Among the throngs of San Franciscans wearing typical street clothing appeared a small group of older Japanese Americans, the women wearing full kimonos, the men wearing happi coats. They held signs showing photos of Japanese Americans in internment. Above the photos they had written “NEVER AGAIN.” My eyes blurred and hot tears rolled down my cheeks.

If we wish to be good citizens in the struggle for liberation for all people of color, we have to know when to be the megaphone, not the mouth.

To that end, I urge everyone to check out the hashtag #Not4Sale. It’s not too late to kick Dan Snyder’s ass.

Anoosh Jorjorian is a freelance writer living in Los Angeles. She blogs at ArañaMama.com on the politics of parenting, including the topics of race and gun violence.