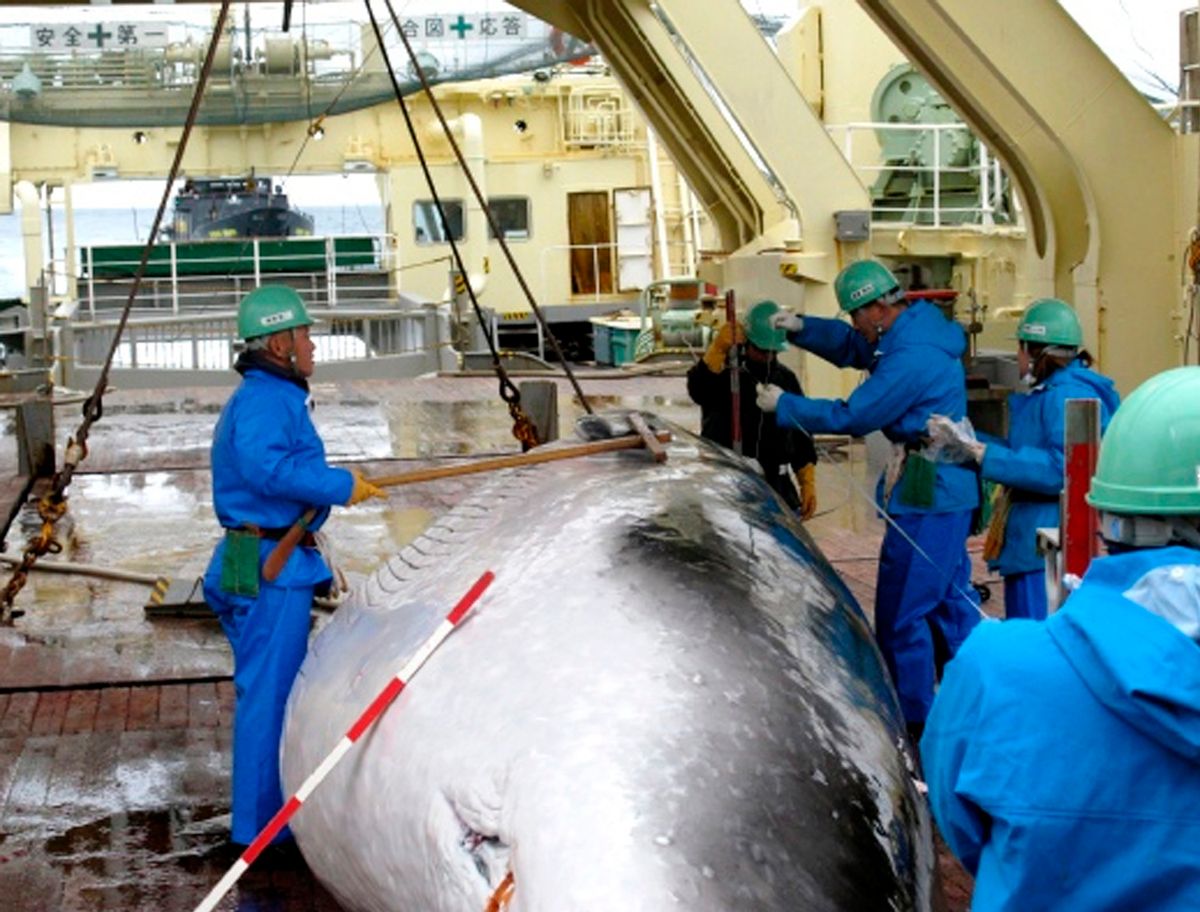 After the U.N.'s International Court of Justice ruled that no way was Japan's annual Antarctic whale hunt being carried out for the sake of science, officials confirmed that the hunt, this year, is off.

While a worldwide moratorium keeps most countries from pursuing whale meat, Japan for some time now has been exploiting a loophole that allows hunting for scientific purposes, taking as many as 400 minke whales from the Antarctic waters each year since 1987. Monday's ruling put an end to that excuse, as the Japan Times reported:

Japan, which embarked on what it called “scientific” whaling in the Antarctic Ocean in 1987, insisted the program was consistent with Article 8 of the 1946 International Convention for the Regulation of Whaling, which permits research whaling, and said the selling of the resulting meat is also permitted under the article because it requires any whales taken to be processed as far as practicable.

But a 16-judge panel at the court stated that Japan’s “killing, taking and treating of whales . . . are not for purposes of scientific research” because the way Japan decided on the number of whales to be taken as samples was “not driven by strictly scientific considerations,” supporting Australia’s claim that Japan’s priority was “to maintain whaling operations without any pause.”

The court also noted that the scientific aspect of Japan’s program is being undermined by its limited scientific output to date and the open-ended time frame of the program, pointing that there has not been enough Japanese cooperation with other domestic and international researchers over species in the Antarctic Ocean.

The New York Times has more on the country's decision to comply with the ruling:

[Prime Minister Shinzo] Abe expressed his disappointment in the ruling during a meeting with members of the Japanese government’s legal delegation. Koji Tsuruoka, the head of the delegation, told reporters that Mr. Abe had “sternly reprimanded” him for losing the case.

However, Mr. Abe also told them that Japan would abide by international legal rulings, echoing comments made earlier by other Japanese officials. Analysts have said Japan may have no choice but to obey the court at a time when the nation is calling on China to adhere to international legal norms in a heated territorial dispute over islands in the East China Sea claimed by both countries.

The cancellation of the Southern Ocean hunt this year does not cover the smaller-scale killing of whales in the northern Pacific under a program that Japan also says is for research.