US labor's perverse double standard: Collusion is OK -- if you're rich!

Silicon Valley CEOs are working together to drive down labor costs, so why can't college athletes unionize? 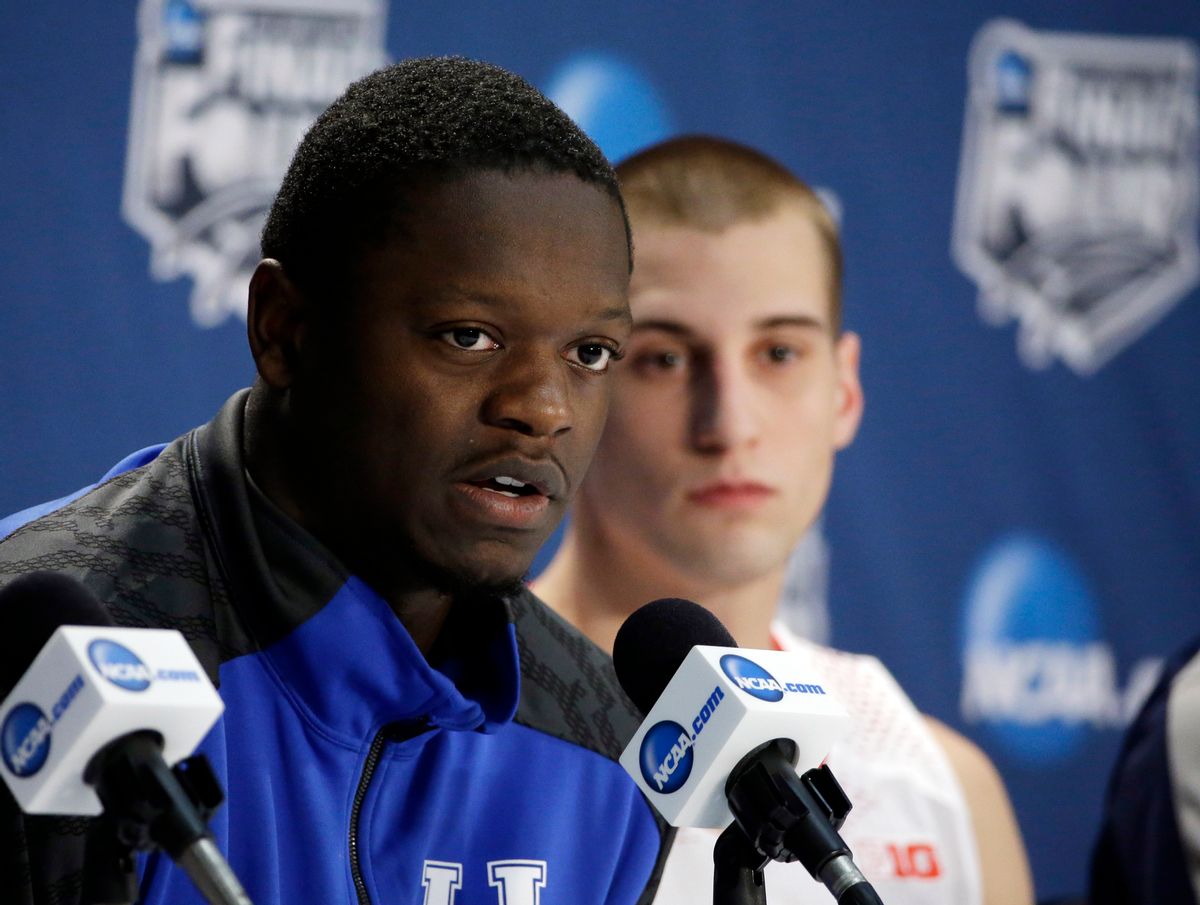 Technology, sports and politics are distinct worlds. They have their own junkies, their own vernaculars and their own peculiar customs. Yet, in recent weeks you may have noticed a common economic argument coming from those worlds' respective leaders -- an argument about who should have a right to engage in collective action and who should not.

In Silicon Valley, this argument was expressed in a flood of old emails from top executives at major companies such as Apple, Google, Intel and Adobe. As reported by my PandoDaily colleague Mark Ames, the correspondence released in court proceedings shows those executives agreeing to avoid hiring away employees from one another.

Remember, many of the companies these executives represent are hostile to the ideas of worker solidarity, collective bargaining and unionization. Yet their emails assert that CEOs' collective decision to ignore anti-trust statutes and distort the labor market should be considered perfectly acceptable. Why? Because, of course, their cartel's anti-competitive structure probably saved those executives money by driving down workers' wages.

In the world of college athletics, it is a similar argument. In response to Northwestern University football players recently voting to form a union, the NCAA insisted that college athletes have "no right" to collectively bargain or to be paid for their revenue-generating services on the field. Instead, the NCAA says it retains the only rights to collective action in the college sports ecosystem. More specifically, the NCAA argues that while the kids are not entitled to collective representation, major universities are permitted to collude to prevent players from being paid for their work.

Then there is the political arena, where Tennessee's Republican elected officials threatened collective action against the right of their constituents to form a union. Indeed, back in February, GOP legislators suggested that proposed tax incentives for Volkswagen might be revoked if the company allowed its Tennessee employees to join the United Auto Workers. This week, a local Nashville television station subsequently uncovered confidential documents showing Tennessee's anti-union Republican Gov. Bill Haslam appearing to make the incentive package contingent on the company halting the labor organizing drive in its midst.

The problems with such a twisted ideology should be obvious. For one thing, there's the sheer hypocrisy of insinuating that the ruling class has a right to stand in solidarity with each other, but everyone else should be prevented from exercising similar rights. Additionally, the argument posits that the real problem in an America plagued by economic inequality is that workers have too much power and the ruling class has too little -- not vice versa.

But perhaps worst of all is what all this says about the most basic notions of how our market economy now operates.

If, say, true market competition threatens to raise wages or allow laborers to be fairly paid for their work, then competition often gets stifled. If the most basic democratic freedoms to form a union are going to be exercised, then workers are often intimidated into never exercising that freedom in the first place. In short, the technology, sports and political worlds seem to be saying that markets should neither be free or fair -- they should instead be rigged to enrich the rich and to never work for workers.

That kind of ideology may serve the tech CEOs, sports profiteers and political powerbrokers well, but it is a bad deal for the rest of us.