Your cellphone company is robbing you blind 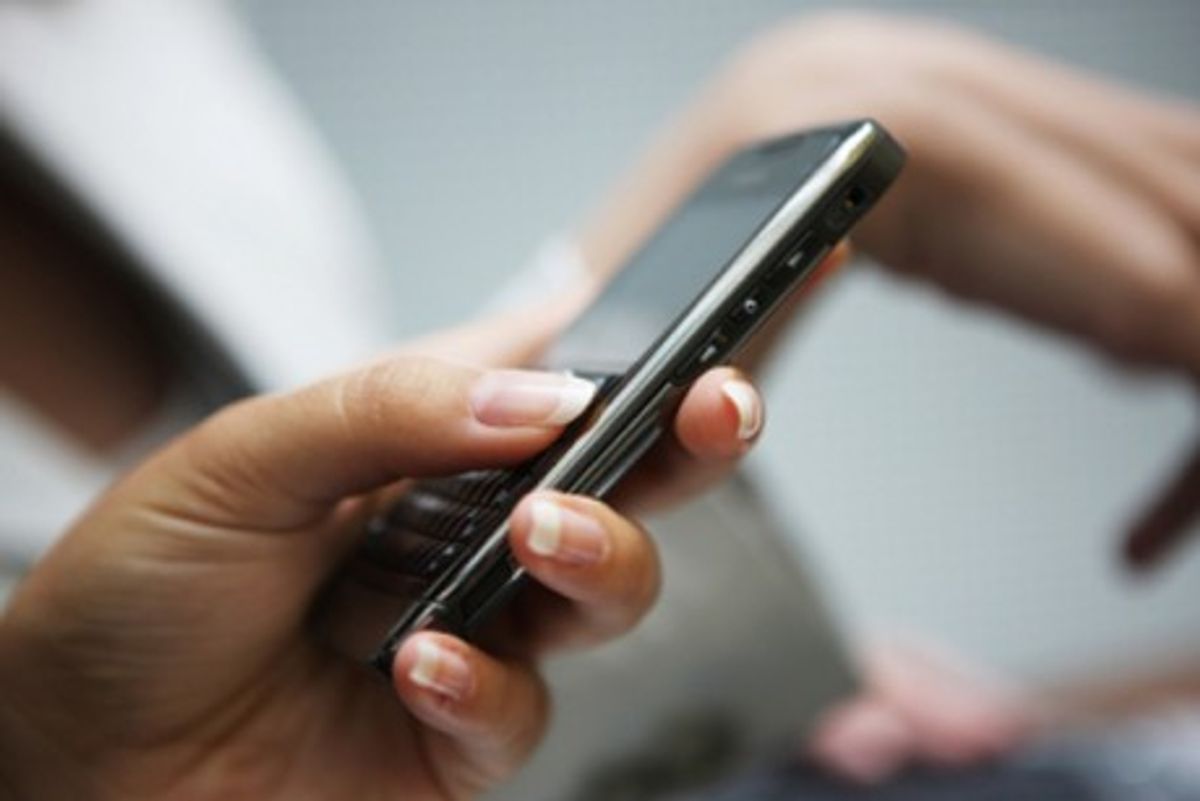 If you do not love cell phone companies, you’re not alone. Polls show the industry gets dismal marks for customer satisfaction, with Sprint ranking dead last in the latest surveys.

You may have felt a stirring of pleasure to hear that there’s a war going on in the industry, with companies trying to steal customers and vie for dominance. Changes in pricing and newfangled plans may sound exciting, but be warned: cell phone companies are still up to their old sneaky ways. They may drop the price of this or that in the short-term, but you can bet they will attempt to get it back over the long haul.

That’s what happens when you have an oligopoly. In oligopolies, a small number of players call the shots, and they tend to work together to keep prices high, defend their turf, and screw over consumers. And they keep plenty of money flowing through the political system to accomplish these goals.

The major players in the cell phone industry are AT&T and Verizon, with Sprint and T-Mobile considered the challengers on the fringe. Consolidation has been a big concern of industry watchdogs: In 2013, AT&T bought Leap Wireless, T-Mobile ate up MetrocPCS and Japan-based Softbank purchased Sprint.

Despite all the media chatter about price wars, data show that spending on wireless bills actually went up in the last quarter of 2013.  Part of what’s going on is clever bait-and-switch tactics. T-Mobile, for example, which has been luring customers to its rolls, brags that it doesn’t force you to sign a two-year contract. But if you want to buy a new phone, you’ll either have to shell out the full-price for their device upfront or pay for it over time for up to two years. Want to cancel? Go right ahead, but you’ll have to pay off the value of your phone first.

Another chapter of the cell phone wars is heating up, and unfortunately, it's hard to see how consumers will come out ahead.

In mid-2015, the FCC is going to auction off something called the 600 MHz spectrum. What the heck is this, you ask? It’s a low-frequency spectrum, the kind that is highly desirable because it carries signals farther than high-frequency spectrums and it's better at getting through obstacles like buildings. Low-frequency spectrums don’t require as many towers, which makes them cheaper to maintain. They are good for widening coverage in suburban and rural areas (high frequency is better for urban areas).

Sprint is using the FCC auction to make a case for acquiring T-Mobile. The CEO of SoftBank, which owns Sprint, claims that by merging Sprint and T-Mobile he could start a "massive price war" in the U.S. In an interview with PBS’s Charlie Rose, Masayoshi Son said, "I would like to have the real fight, OK? Not the pseudo fight, the real fight.”

It's true that Verizon and AT&T have both more money and more lobbying muscle than Sprint or T-Mobile, so they’re likely to end up with big pieces of the spectrum pie. If Sprint and T-Mobile can’t get in on the low-frequency action, they’ll continue to have problems competing with the Big Boys.

Sprint insists it can only compete by getting bigger, by gobbling up T-Mobile. (AT&T tried this in 2011, but the antitrust division of the U.S. Department of Justice nixed the deal.)

As Son put it: "I would like to provide an alternative to the oligopolistic situation that two-thirds of American households can only get access to one or two providers. I'd like to be a third alternative with 10 times the speed and lower price."

That all sounds very noble, but here’s the trouble: if Sprint acquired T-Mobile, it would probably just act like the other Big Boys and work with them to keep prices high and customers lacking options. The folks at the DOJ and the FCC are hip to this possibility and have expressed skepticism on the deal.

The FCC, it must be said, is tasked with ensuring that wireless carriers, which are leaseholders on the public spectrum, actually serve you and me. But let’s just say the people over there haven’t really been on top of this job. It didn’t help that in 2012, President Obama appointed Tom Wheeler to head the FCC — a man whose CV includes stints as a venture capitalist, former top telecom lobbyist, and Obama fundraiser. At the moment he is keeping an “open mind” about the potential merger.

The FCC could do a number of things to strengthen policies that stoke competition if it felt like it, such as promoting competitive access to devices and limiting the amount of spectrum a single company can buy. But until our regulators get off their duff, oligopolies will continue to drain American pockets, and they will use part of this windfall to purchase politicians.

If Sprint is allowed to buy T-Mobile, the Big Boys will be the winners, not the customers. At the moment, it’s pretty much a game of heads they win, tails you lose.